That well-known stone celestial calendar only scratches the surface 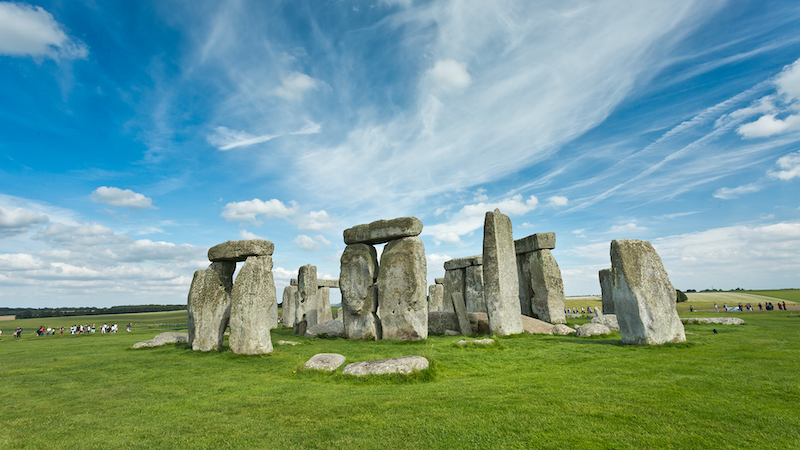 Travel writer Rick Steves takes us on a curious exploration of Stonehenge and other British mysteries, an unexpected array enigmatic, Neolithic megaliths.

As we’ve had to postpone our travels because of the pandemic, I believe a weekly dose of travel dreaming can be good medicine. Here are a few of my favorite European memories from England – reminders of the fun that awaits us at the other end of this crisis.

On my first trip to Dartmoor National Park, back when I was a student, word of the wonders lurking just a bit deeper into the moors tempted me away from my hostel in Gidleigh. I was told of an especially rewarding hike that would lead me to the mysterious Scorhill Stone Circle. Climbing over a hill, surrounded by ominous towers of craggy granite, I was swallowed up by powerful, mystical moorland. Hills followed hills followed hills … green growing gray in the murk.

Where was that 4,000-year-old circle of stone? I wandered in a scrub-brush world of greenery, white rocks, eerie winds, and birds singing unseen. Then the stones appeared. It seemed they had waited for centuries, still and silent, for me to visit.

I sat on a fallen stone and my imagination ran wild, pondering the people who roamed England so long before written history documented their stories. I took out my journal, wanting to capture the moment … the moor, the distant town, the chill, this circle of stones. I dipped my pen into the cry of the birds and wrote.

That experience, 40 years ago, kicked off decades of my fascination with mysterious Britain. There are countless stone circles, forgotten tombs, man-made hills, and figures carved into hillsides whose stories will never be fully understood. Britain is crisscrossed by lines, called ley lines, connecting these ancient sites. Prehistoric tribes may have transported these stones along a network of ley lines, which some think may have functioned together as a cosmic relay or circuit.

The most famous stone circle in England is Stonehenge. Built in phases between 3000 and 1000 BC with huge stones brought all the way from Wales, it still functions as a remarkably accurate celestial calendar.

A study of more than 300 similar circles in Britain found that each was designed to calculate the movement of the sun, moon, and stars, and even predict eclipses. These prehistoric timekeepers helped early societies know when to plant, when to harvest, and when to party. Even in modern times, when the summer solstice sun sets in just the right slot at Stonehenge, pagans boogie.

Not far away, the stone circle at Avebury is 16 times the size of Stonehenge and about one-sixteenth as touristy. Visitors are free to wander among 100 stones, ditches, and mounds and ponder these curious patterns from the past. Near Avebury is the 130-foot-high pyramid-shaped Silbury Hill. More than 4,000 years old, this man-made mound of chalk is a reminder that you’ve only scratched the surface of Britain’s fascinating prehistoric and religious landscape.

Many other British mysteries waiting the explorer

More Neolithic wonders lurk in England’s moors. While they inspire exploration, beware: You can get lost in these stark, time-passed commons. Directions are difficult to keep. It’s cold and gloomy, as nature rises like a slow tide against anything human-built. A crumpled castle loses itself in lush overgrowth. A church grows shorter as tall weeds eat at the stone crosses and tilted tombstones. Over the centuries, the moors have changed as little as the longhaired sheep that still seem to gnaw on moss in their sleep.

One of England’s wildest and most remote regions is in the southwest corner of the country. It’s Dartmoor – that wonderland of powerfully quiet rolling hills that inspired me long ago. Near the Cornwall Peninsula in the county of Devon, it’s crossed by only three main roads. Most of this area is either unused or shared by its 34,000 villagers as a common grazing land – a tradition that goes back to feudal days. Ordnance Survey maps show that Dartmoor is peppered with bits of England’s mysterious past, including more Bronze Age stone circles and enigmatic megaliths than any other chunk of England. It’s perfect for those who dream of enjoying their own private Stonehenge without barbed wire, police officers, parking lots, tourists, or port-a-loos.

Returning to Dartmoor on my last trip, I sat peaceful and alone on the same mossy stone I warmed the day I first experienced Scorhill Stone Circle in 1978. I recalled that day, at the age of 23, when I realized how many wonders in Europe were still undiscovered … hidden and unheralded. I remembered how, hiking home that evening, I decided that my calling was to find these places and to share them. That was the day I became a travel writer.