Me, My Karmann Ghia, and a Boxing Match

Memories of a 1970 convertible and a TKO in Texas 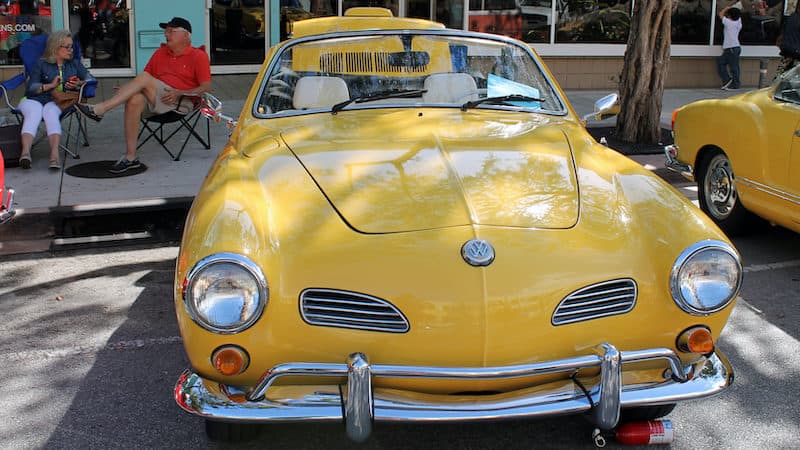 Boomer reader Jimmy Coleman recalls his 1970 Karmann Ghia and a boxing match. The car garnered a multitude of tales, and the match garnered a TKO, a black eye, a swollen lip, and respect.

Long time ago, about the time electricity was invented, give or take, I was the lucky owner of a ’70 convertible VW Karmann Ghia. It was the most fun car I’ve ever driven, more fun than even a Corvette I once had the privilege to drive, wide open on a hilly country road. My Ghia fit me better than OJ’s glove. Just lean into a turn and it would take you there, except on one occasion which I’ll mention later.

I rigged my windshield washer, just on the driver’s side, to soak my unsuspecting friends. I adjusted the squirter to shoot high in the air and come down on anyone standing outside the driver’s door. Just when the top was up, I might add. I would call people over to the car and while having a chat I would press the squirter and they would think it was starting to lightly rain. Some would excuse themselves, others just stood there and got soaked. One guy used up nearly all the stored sprinkler water before he caught on what was happening. Hee hee hee. My friend Bill from Lufkin, who now lives in Alaska, wanted me to let him use it on a cop buddy of his. Bill was the municipal judge at the time. His buddy stood there and got a soaking, not wanting to interrupt the judge to get out of the “rain.”

I also installed a loud truck horn near the tail pipe of my Karmann Gia. Had fun honking it at tailgaters.

One more thing about the Karmann Ghia. My friend S** Honey was a former roommate at Ouachita, where we attended undergraduate school, and while serving as the chief probation officer for six East Texas counties, I hired Spencer as one of my adult probation officers whose area included part of the Big Thicket, a heavily wooded national forest where even alligators have been known to get lost. During one rainy day while we were driving on a real curvy farmer’s market road, I in my yellow Karmann Ghia and Spencer in his – Spencer bought a yellow convertible just like mine – I took a slippery curve too fast and ended up going off the road, running into a thick clump of trees, fortunately most of them small saplings, which helped to slow me down. I managed to stop just shy of a big tree but not before it took out my bumper and a few other odds and ends. Crazy Spencer was following closely behind, so before he realized that I had run off the road he followed me into the woods, fortunately stopping before plowing into me, doing almost no damage to his car.

We managed to find a local farmer who used his tractor to pull us out, back on to the road. I used some twine to tie my bumper and other hanging stuff and managed to drive it back to Lufkin to my dad’s VW dealership.

From the Karmann Ghia to a boxing match

One last follow-on, if I am permitted. I mentioned the Big Thicket area. Some of you may remember Roy Harris, the heavyweight prize fighter. He was born and raised in the Big Thicket, in a place called Cut and Shoot, Texas, which as I understand it was properly named for the behavior of some of its residences. I should add parenthetically that Cut and Shoot use to be in the Thicket until the invention of the chain saw. Roy Harris fought Floyd Patterson, and if I remember correctly Patterson whipped up on him.

But Roy Harris will be most remembered in Lufkin, Texas, as the referee for the Golden Glove tournament that was held in the National Guard armory. He refereed the fight I was a willing participant thereof where I was TKO’ed in the second round of a three-round match. I trained for the fight in a feed storeroom, just behind a chicken coop, where I used a large burlap bag filled with corn as a punching bag. It was that experience that convinced me that I was a Lover, not a Fighter. I hung up my gloves and never got back into the ring. After the fight I looked worse than what Patterson did to Harris – black eye, swollen lip, and bruised face – but I wore my sorry state of affair like a trophy. I had just started at Hudson High School, a country school, me a boy from the big city so I needed to get some respect. Even though I lost the fight they figured I couldn’t be all “sissified” if I was willing to get in the ring with someone who had five fights under his belt, with me nary a one. Guess I fooled them, huh.

Jimmy R. Coleman is a former president of Garon Inc, a computer consulting company, but his real work started after he began his quest to find an answer to a rather simple question – “Why is it seemingly impossible to have peace in the Middle East?” Twenty years have gone by – the answer proving more difficult and elusive than the question. His research has taken him to the four corners of the globe, spanning centuries, covering the rise and fall of empires, cultures and religions.