Home » Lifestyle » Are You Retired, or Just Dotty?

Are You Retired, or Just Dotty? By Randy FItzgerald

An unexpected hazard of retirement 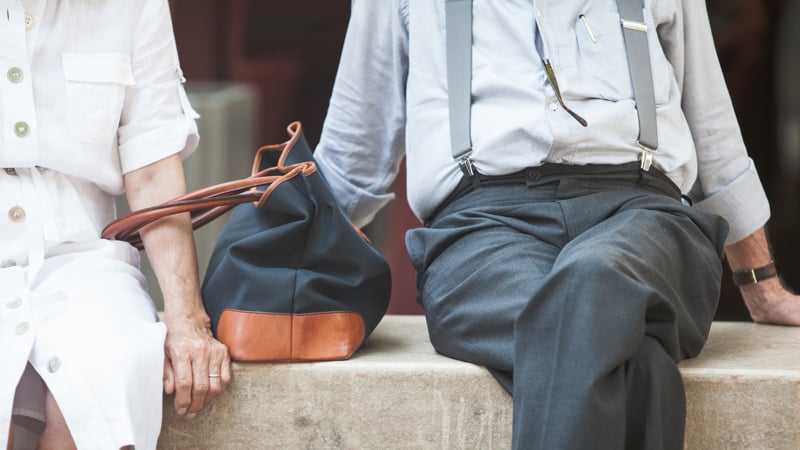 From my perspective, there are not too many negatives associated with retirement. I’m enjoying just about every aspect of it, like being able to stay up very late (into the wee hours) to watch a few more episodes of The Marvelous Mrs. Maisel and then opting for a leisurely breakfast around 10 or so the next day.

Barb and I like the sight of our Social Security checks appearing on the bank statement, and we enjoy going to an occasional afternoon movie. I appreciate not having to juggle jobs that are all due tomorrow, and a lot of days I’m happy not to use my brain for anything more serious than a crossword puzzle and a cut-throat Jeopardy competition when the show comes on after dinner.

Dinner, of course, can just as easily be a late lunch around 3:30 as a formal sit-down at seven. Retirement is a wonderful thing. And so is Medicare.

So what’s the negative? Have you ever noticed that a lot of retired people – Barb and I included – quite often have no idea what day of the week it is? After all, if you don’t have to get up and go to work on Monday, then Tuesday and Monday feel pretty much the same. If every day of your life is Casual Dress Day, then Fridays are no different from Thursdays. There is no Hump Day in retirement (sorry, Geico) and Saturday for all intents and purposes could just as well be Wednesday.

We were talking to our friend Hattie about this on a visit with her last Sunday. (That may have been last Saturday, now that I think about it.) Anyway, she said she makes it a point to check the paper each morning and then say aloud some version of “Today is Wednesday, February 6.”

That sounded like a plan, but it wasn’t foolproof. We take The New York Times at our house, and since we seldom finish reading the whole thing over a single breakfast, Barb often leaves the unread sections on the kitchen table to be read as catch can. I would have my choice of dates.

I worry about myself when I don’t know what day it is – Barb not so much. Example: For years we’ve been going out for New Year’s with our friends Stephanie and Judson. This past year Steph called and asked Barb which night of New Year’s weekend was good for us – Friday, Saturday, Sunday or Monday? Barb picked Monday, and we all went to a movie and then to an early dinner. As our friends drove us home, Barb innocently asked them, “What are you guys doing New Year’s?”

There was a long pause from the front seat until Judson quietly said, “Um, we’re with you all.” When we got home, Barb said to me, “Is tonight New Year’s Eve?”

“Did I ask them on the way home what they were doing for New Year’s?” Barb wondered.

Barb laughed and laughed. In all the holiday madness she had lost track of the days, and while she knew New Year’s was imminent, she obviously had not consulted the Times that day.

The next morning Steph called (no doubt to see if I had put Barb in a home during the night), and Barb recounted their conversation to me afterward.

“I figured, in for a penny, in for a pound,” she told me. “So after we talked for a minute, I said to Steph, ‘What did you and Judson do for New Year’s?’”

But before Steph could answer, Barb added, “I mean, at the stroke of midnight, of course.”

So she got herself off the hook by pretending that’s what she had meant all along. Barb followed up with the fact that we two had enjoyed a glass of wine, watched the ball drop and then slow danced our way into New Year’s Day.

Randy Fitzgerald was a longtime public relations director at the University of Richmond and columnist for The Richmond News Leader and later the Richmond Times-Dispatch. He taught modern American literature at Virginia Union University until he retired in 2012. His book, Flights of Fancy: Stories, Conversations and Life Travels with a Bemused Columnist and His Whimsical Wife, was published in 2017.

Enjoy more of his Boomer contributions on our website.