After living in the shadow of the greatest generation, one boomer travels to the past 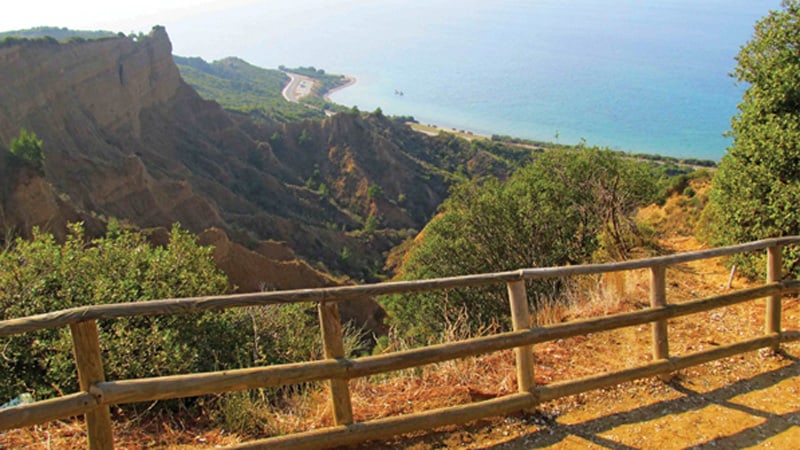 And gentlemen in England now a-bed

Shall think themselves accurs’d they were not here,

And hold their manhoods cheap whiles any speaks

That fought with us upon Saint Crispin’s day.

Shakespeare’s Henry V, rallying his troops before the Battle of Agincourt

in the combat theaters of those conflagrations. If they spoke of them at all, it was about getting lost in the dark and inadvertently crossing enemy lines, or employing elephants to pull trucks out of the mud. To young ears, it all sounded like a bit of a lark. As we have aged and understood it all better, though, I don’t believe I am the only one who has had a disquieting sense that someone else has done my fighting for me, accompanied by a yearning to fill in some of the gaps that reluctant raconteurs left in our family histories.

There is something very sobering about standing in the exact spot where your own existence could have been snuffed out before it even began. In a hot, dusty little town called Meiktila in the plains of central Myanmar (formerly Burma), and on the crest of the red bluffs overlooking the sparkling Aegean Sea alongside the Gallipoli peninsula, I spent time pondering providence in that, long before my birth, my father and grandfather both escaped injury in those places where so many of their comrades in arms fell in the cause of creating the relative peace that my generation was born into and too often takes for granted.

THE BURMA CAMPAIGN, WHERE MY FATHER SAVED LIVES

Myanmar lies to the east of India. Following years of oppressive military rule, the country has recently returned to civilian government and now offers stunning travel opportunities. The Shwedagon Pagoda in Yangon, and Bagan, with its forest of temples, will surely soon become familiar names as tourist destinations.

But in 1945, Allied forces turned their attention to liberating Burma from Japanese occupation. My dad was a young surgeon in the campaign. At Meiktila, a key road and rail communications center for Japanese supply lines to the stronghold of Mandalay, Allied troops, who had crossed the Irrawaddy River in a surprise operation, captured the town but were then besieged for two weeks.

With the help of the scraps of information that my father had relayed, a book about the Burma campaign and Google maps, I was able to pinpoint the location where his field hospital must have been, at the edge of an airfield on the outskirts of town. Our friendly driver took us there, on a daytrip from Bagan.

I learned, only after he died, that Dad was the only surgeon there. Apparently his “hospital” was a hastily constructed earthen bank and a tent, and he operated, more or less nonstop, for 10 days and nights, often under artillery fire. He had a very British sense of order, and, standing there, I could almost feel his indignation that some “impertinent Japanese chap” would attempt to interrupt his operation with a mortar bomb. We visited in March, the same time of year as the siege. It was terribly hot. I wondered how he got blood for transfusions, how he kept instruments sterile? I wished I had known enough to ask him.

AT GALLIPOLI, DEATH AND BEAUTY SURROUNDED MY GRANDFATHER

My grandfather on my mother’s side was a twin who fell out with his father and, at the age of 19 in 1912, was handed a one-way ticket to Australia. The rugged conditions he encountered laboring on a sheep ranch near Perth were not at all to his liking. So, when WWI broke out, he volunteered with the Australian Light Horse and was shipped to Egypt as part of the same regiment whose story is told in the movie Gallipoli.

The Gallipoli peninsula in southwest Turkey lies on the west side of the narrow Dardanelles channel that forms part of the only sea route between the Mediterranean and the Black Sea. It has been heavily fortified, and fought over, for centuries. Today, it is an easy half-day drive from Istanbul. In 1915, Allied troops were transported from the training bases in Egypt and landed on the peninsula.

Although the battlefields occupied only a few square miles, more than 100,000 soldiers lost their lives in the nine months of the campaign. The Allies eventually withdrew from the stalemate. For Australians, though, the conflict was their first as an independent nation and is regarded as a keystone element of their national identity. In particular, they cherish the memory of an impossibly brave yet suicidal charge, depicted as the final scene in the movie, along a ridge called the Nek. More than 300 lives were lost in the space of a few minutes on a patch of ground the size of three or four tennis courts.

The trenches at the Nek are still clearly discernible a century later. I stood in one and wondered how I might have conducted myself in the circumstances. There was nobody else around, and it was uncomfortable to have to reconcile the tranquility and the beautiful view over the ocean with the terror that must have predominated the last time a member of my family was there.

My grandfather emerged from the war unscathed. His twin brother was less fortunate. Amidst the misery of the Ypres salient in Belgium, he was killed at the battle of Frezenberg Ridge in May 1915, in the very same week that my grandfather disembarked at Gallipoli. Along with 60,000 other poor souls, whose remains were never recovered from the mud and carnage around Ypres, his name is carved on the hulking Menin gate, where the silent honor roll reminds us of the cousins that we might now have, but for the lethal trajectory of a stray bullet or a randomly targeted artillery shell.

Traveling to the sites where our forebears risked everything may not entirely resolve the lingering unease felt by those of us who have only benefited from their sacrifice. But at least it ensures that we can better pass on their stories to future generations. They deserve that, and more. It’s a trip worth taking.

Richard Evans grew up in England. He emigrated to the United States in 1982 and has operated a small international management consultancy. Having traveled the world and seen the effects of tyranny, he is grateful, every day, to those who fought to preserve freedom.