Berlin’s Reichstag as a History Lesson 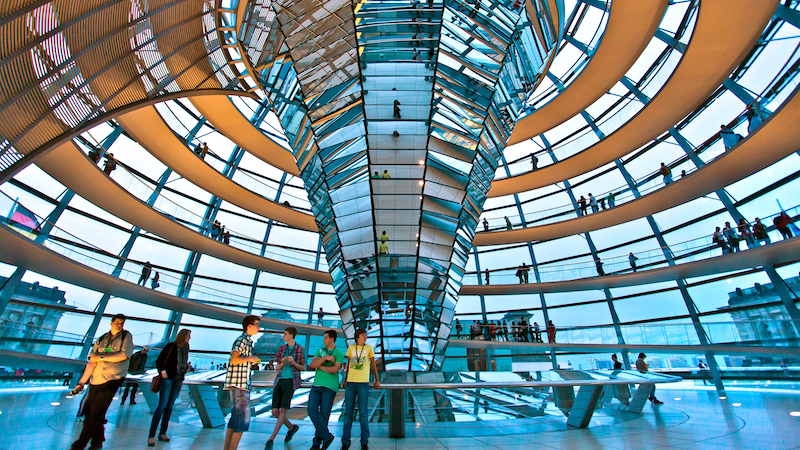 Travel writer Rick Steves recalls his visit to Berlin’s Reichstag – the German parliament building – and digs beneath the entertainment value of travel to examine its value in understanding history, broadening our perspectives, and understanding current events more fully.

Years ago, when I got my history degree, I said to myself, “I’d better get a business degree, too, so I have something useful.” But I’ve learned over the years that if more people knew more about history, our world would be a better place. History is constantly speaking to us. Travelers enjoy a privileged way to hear it – and sometimes an up-close chance to witness history in the making.

Whenever I see the restored Reichstag building in Berlin, I’m reminded of my visit in 1999, when it reopened to the public. For tourists unaware of history, it was just a new dome to climb, offering another vantage point on the city. But a knowledge of its past gives it far deeper meaning.

It was in this building that the German Republic was proclaimed in 1918. In 1933, this symbol of democracy nearly burned down. While the Nazis blamed a communist plot, some believe that Hitler himself planned the fire. Whatever the case, he used the fire as a convenient excuse to frame the communists and grab total power. 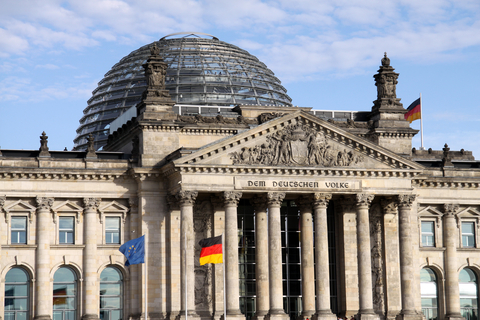 After 1945, this historic home of the German parliament – which saw some of the last fighting of World War II on its rooftop – stood as an abandoned and bombed-out hulk overlooking the no-man’s-land between East and West Berlin. After reunification, Germany’s government returned from Bonn to Berlin. And, in good European fashion, the Germans didn’t bulldoze their parliament building. They respected the building’s cultural roots and renovated it.

They capped it with a glorious glass dome, incorporating modern architectural design into a late-19th-century icon, and opened it up to the people. The dome rises 50 yards above the ground. Inside, a cone of 360 mirrors reflects natural light into the legislative chamber below. Lit from inside at night, it gives Berlin a kind of lantern celebrating good governance.

The Reichstag dome is a powerful architectural symbol. German citizens climb its long spiral ramp to the very top and look down, literally over the shoulders of their legislators, to see what’s on their desks. Jerked around too much by their politicians in the past century, Germans are determined to keep a closer eye on them from now on. And this dome is designed to let them do exactly that.

When the Reichstag first reopened, I climbed to the top of the dome and found myself surrounded by teary-eyed Germans. Anytime you’re surrounded by teary-eyed Germans, something exceptional is going on. It occurred to me that most of these people were old enough to remember the difficult times after World War II, when their city lay in rubble. What an exciting moment for them: the opening of this grand building was the symbolic closing of a difficult chapter in the history of a great nation. No more division. No more communism. No more fascism. They had a united government entering a new century with a new capitol building, looking into a promising future.

It was a thrill to be there. I was caught up in it. As I looked around at the other tourists, it occurred to me that most of them didn’t have a clue about what was going on. They were so preoccupied with trivialities – camera batteries, their Cokes, the air-conditioning – that they missed a once-in-a-lifetime opportunity to celebrate this great moment with the German people. I thought, “I’m living in a dumbed-down society.” And it saddened me. I don’t want to live in a dumbed-down society.

Powerful forces find it convenient when we’re dumbed down. As a society, we become easier to manipulate … easier to make money from. I vowed right there, in my work as a travel writer, that I would expect my readers to be engaged … and made smarter by their travels.

In mainstream tourism, we’re often encouraged to be lighthearted and avoid the serious. Sure, fun in the sun, duty-free shopping, and enjoying the nightlife can be a big part of your vacation. I enjoy it, too. But all this can distract us from a more important reason to travel. Travel can broaden our perspective, enabling us to rise above the advertiser-driven info-tainment we call the news to see things as citizens of the world. By plugging directly into the present and getting the world’s take on things firsthand, a traveler goes beyond traditional sightseeing. (And shortly after that inspirational Berlin visit, I wrote an entirely new kind of book that develops that notion, called Travel as a Political Act.)

When we travel, we have the opportunity to see history as it’s unfolding. With knowledge of the past, we can better appreciate the significance of what’s happening today. That’s something a lot of travelers don’t take advantage of – and it’s never been more important.