The Rail Yard Dawgs hang their skates in Virginia 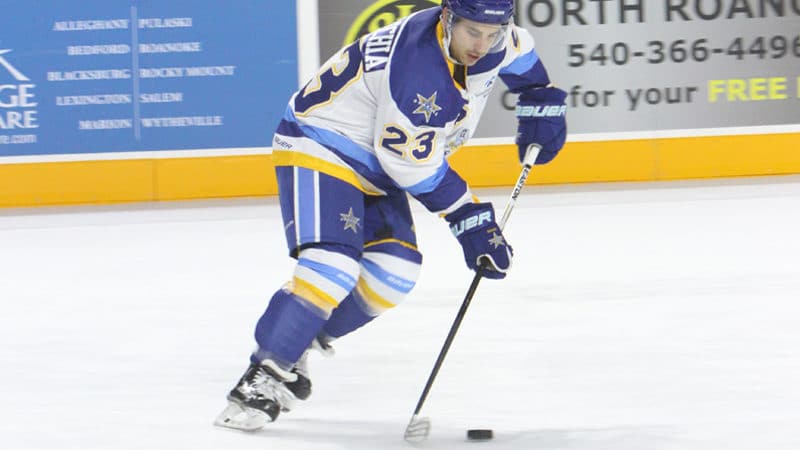 The 7-year absence of ice hockey in Richmond may have left you with a puck-size hole in your heart. But now there’s a nearby option for getting a healthy dose of the sport’s thrills and on-ice grapples.

In less than three hours, you can be in the stands cheering on the Roanoke Rail Yard Dawgs, an expansion franchise of the Southern Professional Hockey League (SPHL). This is a big deal for Roanoke, as it’s the first time in a decade that the city has been home to a professional ice hockey team.

The team’s inaugural season kicked off on Oct. 21 and lasts till early April, so there are plenty of opportunities to catch the players swooshing over the ice, passing, assisting, checking, scoring – and fighting.