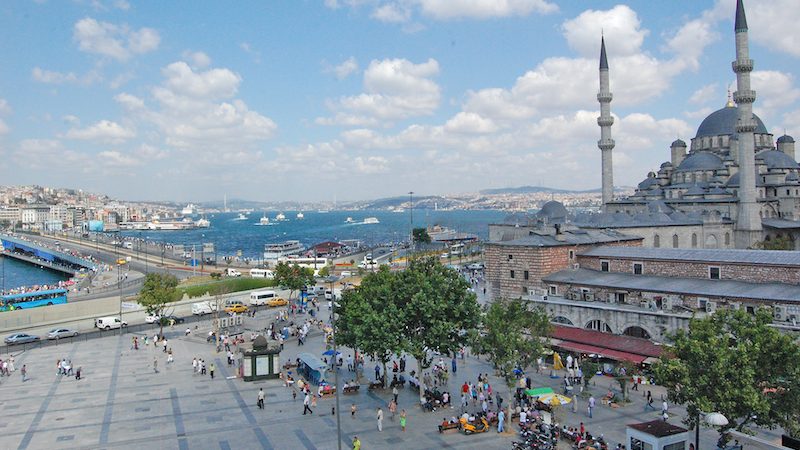 Travel writer Rick Steves revisits Istanbul, recalling the past while noting many examples of change and progress in Turkey.

As we’ve had to postpone our travels because of the pandemic, I believe a weekly dose of travel dreaming can be good medicine. Here are a few of my favorite European memories from Istanbul – a reminder of the fun that awaits us at the other end of this crisis.

When I was in my 20s, I ended eight European trips in a row in Turkey. I didn’t plan it that way – but it became the natural finale, the subconscious cherry on top of each year’s travel adventures. Realizing I hadn’t set foot in Istanbul for nearly a decade, I decided to return to the city where East meets West.

Despite change and progress in Turkey, much is familiar

The moment I step off the plane, I remember how much I enjoy this country. Marveling at the efficiency of Istanbul’s Ataturk Airport, I pop onto the street and into a yellow taksi. Seeing the welcoming grin of the unshaven driver, who greets me with a toothy “Merhaba,” I blurt out, “Cok guzel!” I’m surprised I remember the phrase. It just comes out of me – like a baby shouts for joy. I am back in Turkey, and it is “very beautiful” indeed.

As the taksi turns off the highway and into the tangled lanes of the tourist zone – just below the Blue Mosque – all the tourist-friendly businesses line up, providing a backdrop for their chorus line of barkers shouting, “Yes, Mister!”

I look at the scruffy kids in the streets and remember a rougher time, when kids like these would earn small change by hanging out the passenger door of ramshackle minibuses. The name for these vehicles – a wild cross between a taxi and a bus – is dolmu, literally and appropriately translated as “stuffed.” The boys would yell out the name of the destination in a scramble to stuff in more passengers. I can still hear my favorite call, for the train-station neighborhood: “Sirkeci, Sirkeci, Sirkeci.”

I pay my taksi driver and step out into the Sultanahmet neighborhood, stopping for a cup of tea to get my bearings. From my teahouse perch, I watch old men shuffle by, carrying nothing, but walking as if still bent under the towering loads they had carried all of their human-beast-of-burden lives. Istanbul, now with a population of more than 15 million, is thriving. The city is poignantly littered with both remnants of grand empires and living, breathing reminders of the harsh reality of life in the developing world.

And yet, this ancient city is striding into the future. Everyone is buzzing about the new tunnel under the Bosphorus, which gives a million commuters in the Asian suburbs of Istanbul an easy train link to their places of work in Europe. This tunnel is emblematic of modern Turkey’s commitment to connecting East and West, just as Istanbul bridges Asia and Europe. I also see it as a concrete example of how parts of the developing world are emerging as economic dynamos.

Walking down to the Golden Horn inlet and Istanbul’s churning waterfront, I cross the new Galata Bridge, which makes me wistful for the old bridge – now dismantled – which was crusty with life’s struggles. I think of how all societies morph with the push and pull of the times. While the beloved old bridge is gone, the new one has been engulfed in the same vibrant street life – boys casting their lines, old men sucking on water pipes, and steaming sesame-seed bread rings fogging up the panes of their glass-windowed carts. It reminds me how stubborn cultural inertia can be.

On the sloppy harborfront, the venerable “fish and bread boats” are still rocking in the constant chop of the busy harbor. In a humbler day, they were 20-foot-long open dinghies – rough boats with battered car tires for fenders – with open fires for grilling fish … fish that’s literally fresh off the boat. For a few coins, the fishermen would bury a big white fillet in a hunk of fluffy bread, wrap it in newsprint, and send me on my way. In recent years, the fish and bread boats were shut down because they had no license. After a popular uproar, they’ve returned – a bit more hygienic, no longer using newspaper for wrapping, but still rocking in the waves and slamming out fresh fish.

Today in Turkey, there’s a seat for everyone on the dolmu, which is no longer so stuffed. Fez sales to tourists are way down, but the use of scarves worn by local women (a symbol of traditional Muslim identity) is way up. Society is confronting powerful forces of change and progress in Turkey while also wanting to stay the same. And, as a traveler, it’s great to witness this evolution firsthand. 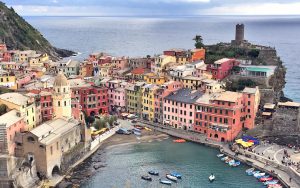