Changes Afoot for the 2016 Football Season 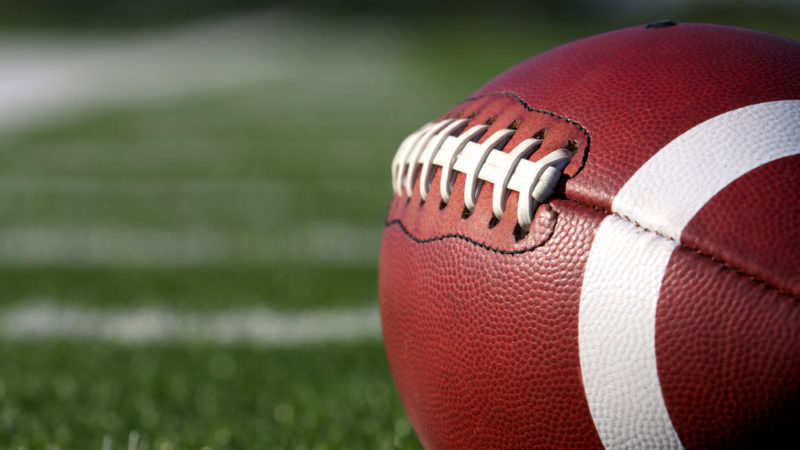 In Blacksburg, Virginia Tech begins the process of replacing a legend who was maybe the most respected man in college athletics.

In Charlottesville, Virginia has hitched its wagon to a Bronco, hoping to gallop through a six-year London fog.

Until Tech’s Frank Beamer retired and Virginia bought out the contract of Mike London after last season, the two schools hadn’t simultaneously changed football coaches since 1974. That’s when Sonny Randle began a two-year stint with the Cavaliers and Jimmy Sharpe started a four-year stand with the Hokies.

The length of those stays shouldn’t be surprising. With few notable exceptions, coaching football at the state’s two major universities has only proven the old adage that coaches are hired to be fired.

Tech, which Beamer turned into a trendy national powerhouse by winning 238 games before a “slump” the last four years (29-23 record), has changed coaches 37 times since beginning play in 1892.

Virginia has introduced a new Big Whistle 35 times since 1893 – and who knows what that number might be if the university hadn’t decided not to compete on the varsity level in 1917 and 1918.

London fared no better than the vast majority of the others, posting a six-year mark of 27-46 and witnessing half of the Cavaliers’ 12 consecutive losses to the Hokies.

THE BRONCO GALLOPS IN

In introducing Bronco Mendenhall as London’s replacement, Virginia athletic director Craig Littlepage pulled out a wrinkled piece of paper with some impressions he had gleaned from their first interview. It took Mendenhall just one meeting with his new players to understand what the Cavaliers lacked under London, who embraced a fatherly approach to coaching that was more suited to being an assistant than the guy in charge.

“A challenge,” he said. “It became very clear that’s what this team needs and I think for the

most part wants. … I think they’re hungry for success, and I specialize in accountability and discipline

and effort. I’m an effort-based coach. I love more than anything guys that try hard.”

At BYU, Mendenhall said, students are forbidden to use alcohol or drugs, can’t engage in premarital sex and live under a strict honor code. An average of 43 players a year were married, 80 percent spoke a foreign language and had served missions throughout the world. In other words, he said, there was a 40-percent roster turnover every year.

He expects those experiences to be advantages at U.Va.

“People are people, principles are principles, values are values,” he said. “We’re not going to compromise anything. The world will say it’s harder because normally you don’t think of academics and fantastic football together. I don’t agree and I’m anxious to prove that here.”

A FOUNTAIN OF SUCCESS

In Blacksburg, Tech athletic director Whit Babcock examined the work Justin Fuente did at the University of Memphis, which won just three games in the two years before he arrived and which played with 34 fewer scholarship players than allowed by the NCAA. After seeing the Tigers finish the last two seasons with a 19-6 record, Babcock said it was rare to find such clear-cut evidence of coaching excellence. “They won the first conference title at Memphis in 40-plus years, [had its] first 10-win season since 1938 in 2014,” he said. “They had a first-ever national ranking at the end of the year by AP and USA Today in 2014 and this year as high as 12th or 13th. … To watch what they built in four years, that’s when I started to think of Justin as the right guy.”

Fuente, just 39, has a well-deserved reputation for developing explosive offenses – and quarterbacks – dating back to his time as an assistant at Texas Christian, where he mentored current Cincinnati Bengals star Andy Dalton. Under Fuente, Memphis quarterback Paxton Lynch went on to become the second player taken in the last NFL draft.

So it may seem odd that Fuente, who called the plays for all but a year at Memphis, is delegating that duty to offensive coordinator Brad Cornelson. But it’s also a sign of the health

of the Tech program – and a stark contrast to how Mendenhall plans to handle matters at Virginia.

“When you’re driving home on a Wednesday at whatever time getting ready for a conference game and you’re the play-caller, you need to be thinking about third-and-2,” Fuente told The Roanoke Times. “When you’re the head coach and you’re driving home on a Wednesday before a conference game, that’s the last thing on your mind. You’re thinking about who missed study hall, all the other things that go on with being the head coach.”

Mendenhall, meanwhile, will run the Cavaliers defense while implementing a highly regimented, disciplined, baby-step approach to everything the team does.

“I believe in a practice format where you earn your way to the next period,” he said. “We might not practice. We might not make it out of period one for a while, until it’s done exactly right. … I remain uncompromised and am drawn to the words of uncompromised excellence.”

Once Babcock was convinced Fuente was his prime target, he faced the “Bud Foster Factor.” A part of Tech’s coaching staff for 29 years, and often considered Beamer’s heir apparent, the defensive coordinator could easily have become disenchanted at being passed over for the job and departed.

Under cover of darkness to dodge prying media eyes, Babcock flew Foster to Memphis to meet with Fuente. Could the two coexist? Would adding one man mean losing another?

“Once I met Justin, I felt like he’s a great fit,” said Foster, who came back with the title of associate head coach and will still run the defense for which the Hokies are known. “It’s going to be exciting. … We’ve leveled off the past couple of years, but it wasn’t that long ago we were playing in the Sugar Bowl.”

The two new coaches come at their jobs from totally different perspectives. Fuente admits that “you don’t replace a legend in coaching,” meaning Beamer. “You hope to build on what he’s done. … But there will be several changes that everybody is going to have to adapt to, because no matter what you do, it’s going to be a little different.”

That’s Mendenhall’s most fervent hope at Virginia; actually that things turn out to be more than a little different. It didn’t take long for him to hear the snickers of people who just don’t think it can be done, and he has a message for them:

“I will outlast you.”