After a career of critiquing the theater world, he knew what would work as a playwright 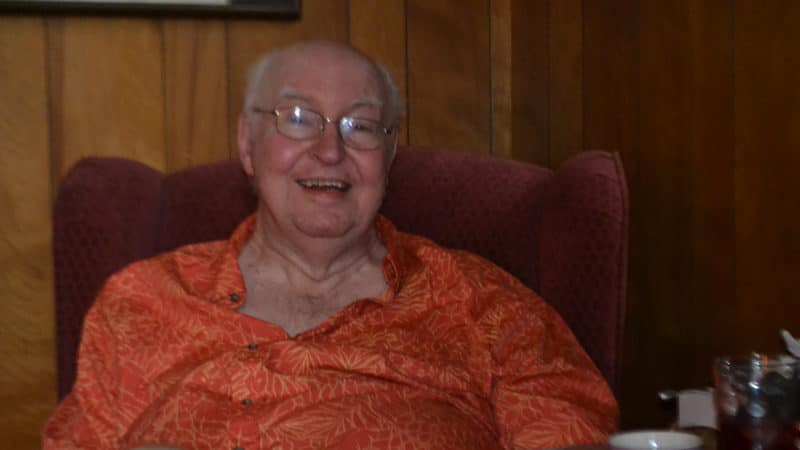 He was, instead, a theater critic from 1974 to 2004, first for The Richmond News Leader and then, after that paper was merged into the city’s other daily, the Richmond Times-Dispatch. After three decades, Proctor retired.

But he wasn’t finished. Like many baby boomers these days – first careers over, many productive hours and passions ahead – he was looking for a “second act.” Proctor, now 77, is no boomer. But his “second act” is instructive for those younger.

We sat down recently in his Northside home for a cup of coffee.

So he would begin directing and, eventually, writing plays.

That’s not as easy as it sounds. Though the skills are related, they are hardly identical.

True, theater was in Proctor’s blood. As a 19-year-old in London, for instance, he once saw two plays a day for a week – except for a Tuesday afternoon, when he couldn’t find one. “I love theater,” he says. “It defines me.”

While a student at the University of Iowa, where he studied creative writing under famed novelist Philip Roth, he also took a playwriting course. It was the same course, incidentally, that Tennessee Williams had taken 25 years earlier. “But with a far different result,” Proctor laughs.

Now after 30 years as a critic, the retired Proctor asked Richmond’s Firehouse Theatre if he might direct a staged reading. He got the go-ahead and selected Tennessee Williams’ Suddenly Last Summer. Over the next several years, he directed four more staged readings and even six fully staged plays.

He was on his way. By the fall of 2011, he was writing his first play. The Hollow, a 40-minute play, was performed at the Senior Theatre USA Festival in New Orleans in 2012 and at the First Unitarian Universalist Church in Richmond in 2015. (It’s also been presented as a staged reading at various locales in Cardiff, Wales.) Next, he ventured into writing short and very short plays – 21 of them in the six months after writing The Hollow.

He’s now written more than 50 plays, including radio scripts and adaptations of short-story masters Chekhov and O. Henry. His plays have been presented not only nationwide but worldwide. He’s won awards for playwriting and, in 2013, the first-ever Richmond Folio Award for outstanding contribution to the Richmond theater community.

Neurological problems confine Proctor to a chair, wheelchair or walker these days. But he’s not slowing down. An off-off-Broadway ensemble picked up his 10-minute dramatic monologue, Why I Think Up Poems in the Pool, for a dramatic reading in Manhattan in November. Settling the Score, a monologue excerpt, will be published by Smith and Kraus Publishers in The Best Men’s Stage Monologues 2016 in December.

“I started writing plays at 73,” Proctor says. “When you become 73, you become concerned about legacy.” It’s not about money, he says. Instead, he kids, it’s about impressing the grandchildren with what their crazy grandfather was able to do – and maybe inspiring them toward their own achievements, he says.

“In terms of boomers, I’m a pretty good example of following your instincts,” Proctor admits. “Obviously, I have a playwright inside of me. I just didn’t realize it.”