Home » Lifestyle » Finance » Retirement: How Older Workers Can Recover from a Job Loss

Retirement: How Older Workers Can Recover from a Job Loss

And still retire on time 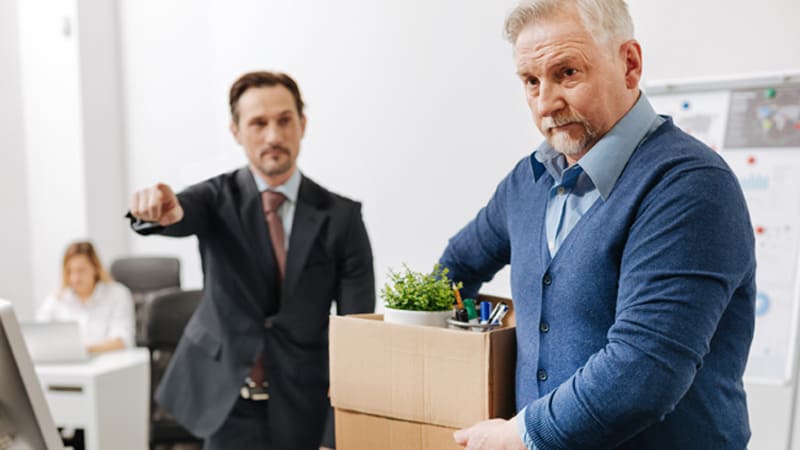 Few events can derail retirement plans faster than losing a job. That’s particularly true for older workers who might be laid off in their peak earning years, when they had been counting on catching up on retirement savings.

Older workers have one of the lowest unemployment rates of any sector of the workforce – 3.3 percent or less, as of the end of last year. But once they lose a job, it takes them longer than younger job seekers to find a new one. On average, 25- to 44-year-olds land a new job in just over five months, but it takes two to five months longer for older workers, depending on their age, reports the Bureau of Labor Statistics.

How to get back on track?

Reconnect with old contacts from college or previous jobs to let them know you’re newly unemployed. “Everybody finds jobs through networking,” says Lori B. Rassas, an employment attorney and author of “Over the Hill But Not the Cliff.”

Ageism is a reality for older job seekers, Rassas says. But rather than hide your age by eliminating all dates on your resume, try to work around the stereotypes of older workers. “No one cares that you’re 60,” Rassas says. “It’s not the age. It’s what it represents.” Employers often assume older workers have low energy and are inflexible, uncomfortable with technology and just biding their time until retirement.

To overcome these views, show that you are still learning and on the cutting edge of your field by attending conferences, serving on panels at seminars or writing articles, she says. Post your profile on the business networking site LinkedIn. If you don’t have a LinkedIn profile, employers may assume you lack the technology skills to keep up, Rassas says.

Apply to smaller companies that get fewer resumes than larger employers do, Rassas says. You may have to accept less pay, but don’t offer to take a large pay cut right off the bat – you may sound desperate and turn off an employer, she says.

Once you find a job, develop a side hustle in a related field that brings in money and broadens your network. If you’re laid off again, the side gig may become your main employment – or at least provide income while you search for other work, Rassas says.

Eileen Ambrose is a senior editor at Kiplinger’s Personal Finance magazine. Send your questions and comments to moneypower@kiplinger.com. And for more on this and similar money topics, visit Kiplinger.com.