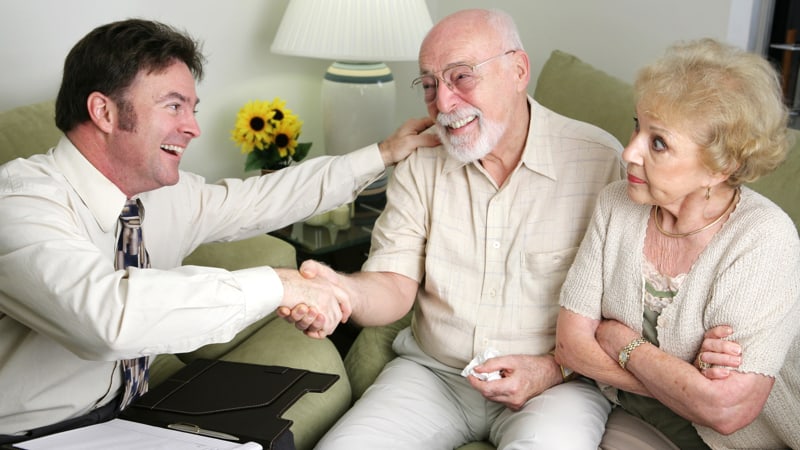 The 2009 trial of Anthony Marshall, son of New York philanthropist Brooke Astor, brought nationwide attention to the issue of elder abuse. Marshall was found guilty of stealing millions of dollars from his mother and, along with a lawyer, fraudulently changing her will.

Astor’s grandson Philip C. Marshall filed a guardianship petition in 2006 seeking to protect his grandmother. And today, years after the deaths of his father and grandmother, he continues to campaign against the financial exploitation of seniors. Here is an interview with Marshall about how seniors and their loved ones can recognize and combat abuse.

Q: Based on your experience, what are the key elder-abuse red flags that family members and friends should watch for?

A: Isolation of seniors is one of the biggest red flags. If a senior is isolated, that sets the stage for potential perpetrators to come in. Old friends vanishing, “new friends” showing up. This is what happened with my grandmother. New lawyer, new accountant, new best friend. All should signal possible warning signs.

Q: In your case, combating the abuse meant testifying against your father. What’s your advice to people who suspect their close relatives are the perpetrators?

A: Yes, there’s a huge angst about addressing abuse with a family member you’ve had a lifetime relationship with. But the angst is really among people who say, “I’ve gone to law enforcement and Adult Protective Services, and they say this is a family affair or a civil matter.”

Very typically elder abuse is criminal and needs to be treated as such. That’s one of the things that came out of my grandmother’s case: It wasn’t just a battle of the bluebloods – it was criminal.

Q: You have founded an organization, Beyond Brooke, which seeks to provide elder-abuse education and empower seniors. What do you tell seniors about how to protect themselves against financial abuse?

A: I filed for guardianship because my father had power of attorney for his mother, which he was using as a weapon and a shield. I would say have two agents, for starters. It’s a check and balance system. And one could be a professional. If folks happen to have a trust or two, make sure there’s a professional fiduciary as a trustee, so you’ve got this check and balance.

Eleanor Laise is a senior editor at Kiplinger’s Personal Finance magazine. Send your questions and comments to moneypower@kiplinger.com. And for more on this and similar money topics, visit Kiplinger.com.