When it comes to moving along with the times, some folks just, well, don't want to ... and there's nothing wrong with that. 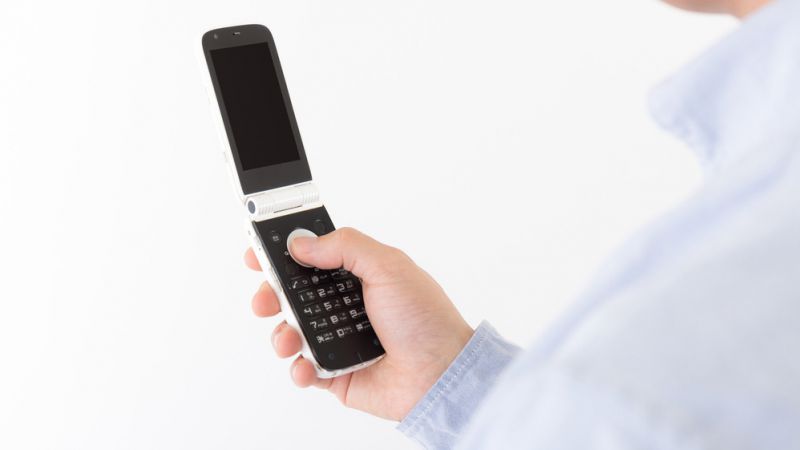 I probably shouldn’t be telling you this, considering it may hurt my professional life, but I don’t have an iPhone.

Or a Smartphone of any kind, for that matter.

Or any other kind of call-making device that James Bond would have used in the ’80s.

I have a flip phone. Ahhh … That feels good to write.

I get strange looks from tech-friendly baby boomers when I use my flip phone in public. Like I’m trying to make a statement. Or worse … that I’m a hipster.

You’d think I was sporting a pink Mohawk, had my eyes pierced shut, or looked like Charles Manson.

Or even Marylin Manson.

But I’m just your average 20-something-year-old.

Well, kind of. Despite a few of the more obvious differences, of course.

Sure, I’d love to be checking work emails on an island vacation rather than soaking up sacred, fleeting time with my loving family … or when I’m on an important meeting with someone.

I just can’t be that rude and that selfish, though it would be nice to have that kind of self-importance – but I just, well, don’t want to.

Truth is, I just don’t need to.

It would be nice taking selfies every other minute of the day and posting them to Facebook and Instagram. That way my mom could know what I’m wearing that day and when I should probably shave. (She’d probably be the first to let me know, too.)

I was likely born in the wrong time, I’ve been told. I’d probably feel much more comfortable being around when people still used typewriters, wrote letters, talked face to face like kind, loving human beings, a time when everyone read printed books and/or the newspaper when they were bored.

I wish I could’ve been around when people were still considerate of others during a conversation, when they could just sit still and focus on one thing at a time.

But that life is long gone, I’m afraid.

I meet and see baby boomers every day who have Smartphones, and I mostly see them making calls or texting on these gigantic, cumbersome, computer-like things.

I get it, though. Boomers need their Smartphones for the Apps, of course. To keep in touch with their friends and family, to read the news, take pictures, and do simple math.

Wait a minute … They can do those things without Smartphones, right?

I have one very important message for those flip-phone users who refuse to back down, who would never sacrifice comfort and habit for trend and conformity: DO YOUR THING, AND DO IT PROUDLY!

Daniel Jones is BOOMER’s staff writer. If you like – or strongly detest – his blogs, let him know. Email him at Daniel@TheBoomerMagazine.com. He won’t mind hearing from you, as long you don’t make threats. He gets enough of those.