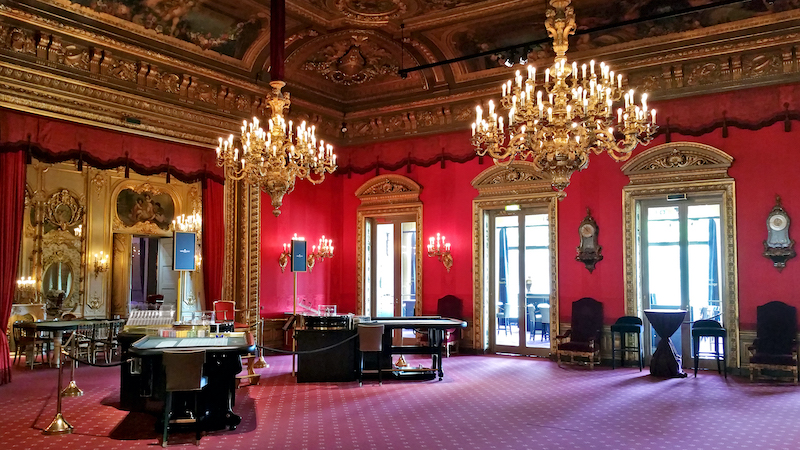 Travel writer Rick Steves transports us to Germany’s Black Forest and to Baden-Baden, through a wealth of natural beauty, rich traditions, a historic casino, and pleasurable mineral spas.

Germans are famous for excelling. While notoriously well organized and efficient, they are also experts at relaxing. Explore Germany’s Black Forest – with its venerable trails and world-class mineral spas – and you’ll know what I mean.

A mix of Edenism and hedonism, the Black Forest is popular with German holiday-goers and tourists looking for serious R&R, clean air, cuckoo clocks, countless hiking possibilities, and chocolate cakes layered with cherries and drenched in schnapps. The forest stretches in a hilly 100-mile range along Germany’s southwestern border with France. The region got its name because its forests are so thick the locals called them black. 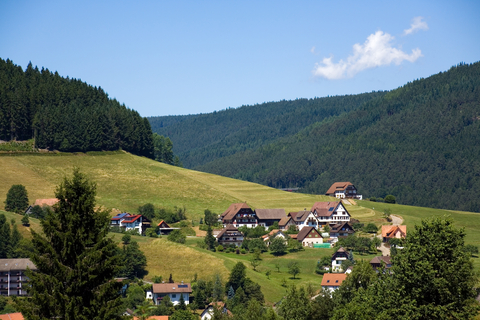 Tooling around by car, you get a feeling the area is steeped in tradition. That feeling is confirmed at the Black Forest Open-Air Museum in Gutach, where six fully restored farmhouses dating as far back as the 17th century are stocked with artifacts illustrating long-gone lifestyles. Here, you’ll learn why farmers in centuries past, with little to do during the long winters, were absolutely cuckoo for clockmaking.

With its clockmaking heritage, it’s no wonder this region has what I consider Europe’s best clock museum. The German Clock Museum in Furtwangen is more than a chorus of cuckoo clocks; it traces the development of clocks from the Dark Ages to the space age.

The Black Forest playground of Baden-Baden

The Black Forest’s top attraction – and a fine springboard for all that woodsy fun – is the spa town of Baden-Baden. A hundred and fifty years ago this was the playground of Europe’s high-rolling elite. Royalty and aristocracy came from all corners to take the Kur – a soak in the curative (or at least they feel that way) mineral waters – and to enjoy the world’s top casino. Today this lush town of 55,000 attracts a more middle-class crowd.

During non-gambling hours the still-impressive casino welcomes visitors with tours every morning. Marlene Dietrich, one of many famous visitors over the years, declared it “the most beautiful casino.” Built in 1850 and inspired by the Palace of Versailles, it’s filled with chandeliered rooms honoring French royalty who never set foot in the place. But many French commoners did. Gambling was illegal in 19th-century France … and Baden-Baden was conveniently just over the German-French border.

Even if you’re not a gambler, it’s fun to witness this casino in action. Sipping a glass of sprightly white German wine, you can lean against a gilded statue and listen to the graceful reshuffling of personal fortunes.

In the German-speaking world, when you see a town with the word “Bad” in its name, it is (or was) a mineral spa. Bad Ischl, Bad Ausse, Bad Neustadt, Bad Kissingen … there are plenty. But there’s only one Baden-Baden – and (as its name suggests) it offers what I consider the ultimate spa experience in a park overlooking the old town. Be warned: The dress code is nude (and can be co-ed if you choose) – a surprise for many Americans.

Baden-Baden’s venerable Roman-Irish Bath is traditional, stately, indoors, not very social, and extremely relaxing … it’s just you, the past, and your body. Enter a steamy domed world of marble, brass columns, herons, and lily pad tiles.

Like many Americans, I feel awkward when I’m naked in public. Being naked and unable to speak the language … in a steamy place where I can’t wear my glasses … I feel a little like Mr. Magoo.

I go for the works ($40, 2 to 3 hours). First, a stern woman dressed like a nurse gives me industrial-strength flip-flops and directs me into a torrential shower. Then she instructs me to lie – facedown – on something as charming as an X-ray table. With her coarse mittens scratching me from my heels to the small of my neck, she lathers me up and gives me a rubdown. Then with a fat Teutonic spank she makes it clear … the rubdown’s over. Wrapped in a hot towel, I’m set free to work my way deeper into the steamy complex.

Following the suggested regime (posted in English on the walls), I begin a two-hour ritual of steam rooms, hot pools, cold plunges, and finally the quiet room – where my nurse reappears. She wraps me in a thick warmed blanket and tucks me in – cocoon-style – on the nearest of a roomful of beds, where I lie in prenatal peace.

Feeling extremely clean and extremely relaxed, I step back out into the park-like city. I look up at the statue of Emperor Caracalla – who is said to have soaked his rheumatism away right here nearly 2,000 years ago. I give him a knowing wink, thankful for the timeless joys of Baden-Baden.

PHOTO CAPTION, ABOVE: Baden-Baden’s casino has the elegance of a royal palace, but anyone who pays the fee and meets the dress code can come to gamble or people-watch. CREDIT: Rick Steves’ Europe.