Respite for some – but not for these 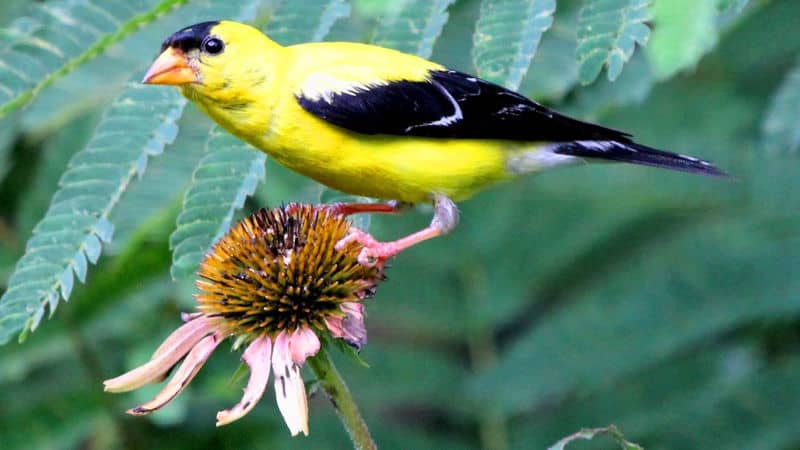 In late summer, you’ll see the unmistakable signs of the changing seasons all around you. Our flower gardens have peaked as hot, humid weather in Richmond takes its toll. Colors are less vivid as flowering plants slowly wilt. But, as the growing season wanes, our backyard habitats yield a bountiful supply of seeds and berries for our resident birds.

OFF FOR THE SUMMER

You have probably noticed that early morning birdsongs have ebbed, and backyard birds seem to awaken well after dawn. Most have fulfilled their parental responsibilities, even species that have had more than one brood of young.

Again this year, brown-headed cowbirds lurked around our neighborhood in late June; they hover just out of sight in the thick foliage. These unwelcome guests stayed for a couple of weeks, then vanished as stealthily as they came. Cowbirds have the unsavory habit of dropping their eggs into another species’ nest so that the birds unwittingly raise the interloper’s young.

Not surprisingly, in July our resident pair of song sparrows led two brown-headed cowbird chicks to dine under our sunflower feeder; these chicks were twice the size of the very busy surrogate parents. The two demanding chicks pestered the very harried parents for nearly two weeks before disappearing from the backyard.

Free of hungry youngsters, most of our backyard birds have settled into a summer siesta, a time to forget defending territory or attracting a mate. Calm descends as former competitors get along amiably with each other. Even the usually testy northern mockingbirds have become lazy and sanguine.

Yet, one species common to our backyards has entered the height of its breeding season. Compared with most other North American birds, American goldfinches have a very late breeding season, which may extend from late June well into September.

Goldfinches, sparrow-size birds, are frequent visitors to backyards and can easily be spotted by their undulating flight pattern and bright yellow bodies. At this time of the year, with their bright lemon breeding plumage, they are quite a contrast in the backyard with northern cardinals that have begun to molt, sporting faded red plumages and naked jet-black heads.

Several goldfinch species range throughout the United States, but this bright yellow American goldfinch is the only one found in the eastern portion of the country. During the summer, their range extends into southern Canada, and in winter into the northeast portion of Mexico along the Gulf Coast.

While most songbirds feed insects to their nestlings, goldfinches are the only common birds that bring thistle seeds to their young. Their breeding season coincides with the availability of thistle seed in our backyards, parks and nearby fields.

While thistle seeds are a favorite food, goldfinches also forage throughout our garden flowers for other seed sources. In my small urban backyard, they often dine on daisy-like black-eyed susans, a member of the aster family; and coneflowers, plants that sport a large nutritious copper-colored stamen. The birds perch on the plant stems and munch on petals as well as on seed cones.

During the late summer months when birds sing less and there seems to be less activity in your backyard, you can attract bright yellow goldfinches by hanging a thistle feeder near your flower garden. Better yet, next spring try cultivating flowers on which goldfinches feed; these include coneflowers, sunflowers, cosmos and goatsbeards.

Jerry Uhlman has been writing about birding and travel for 20 years, including his Flyways & Byways column in the Richmond Times-Dispatch and his book, A Birder’s Guide to Metropolitan Richmond. Flyways@Verizon.net