Home » From Our Readers » Hands and Hearts Working Together

A healthcare CEO discovers the power of vulnerability and emotional IQ 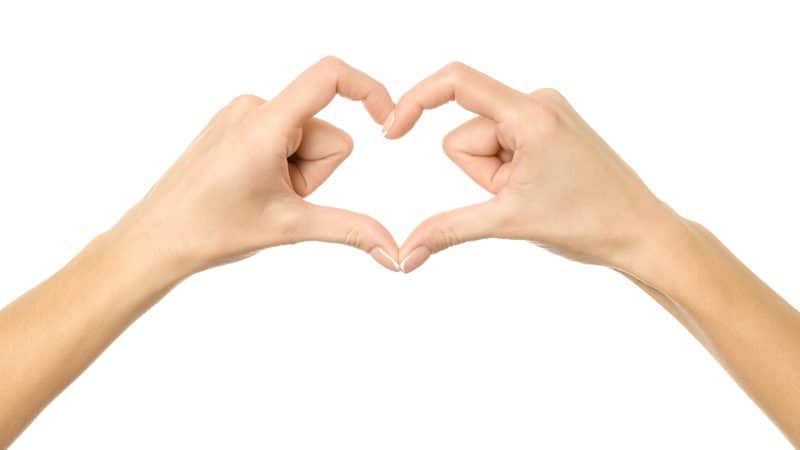 After the death of her newborn and the challenges of the pandemic, healthcare CEO Laurel DuPont learns the workplace benefits of hands and hearts working together.

In 2019, Dallas-Fort Worth healthcare executive Laurel DuPont was tapped to become CEO of Northshore Rehabilitation Hospital, a newly formed joint venture partnership among three separate medical centers in Louisiana and a national provider.

A native New Orleanian and physical therapist by training, DuPont was excited about leading a team delivering a new level of patient care. Northshore’s primary mission is centered around providing excellent care in a compassionate environment – not just for patients but staff.

At the time she became chief executive, DuPont was pregnant with her fourth child. In December when she went to deliver her son, Blaise, he was born full-term but died shortly thereafter due to a congenital heart issue.

When she returned to work weeks later, she found it challenging to express herself to her team. Leaders are often taught that displaying vulnerabilities is inappropriate, that it demonstrates weakness or incompetence. DuPont had to work especially hard to contain her emotional self. One moment she was pregnant and full-term and the next she was burying a child. As she tried to carry on and maintain her public-facing persona, she realized that sharing her humanity – displaying fear, being open, talking about personal issues and encouraging others to do the same – brought out the best in her colleagues as well. Expressing her raw feelings to her team and with others at the partner health systems created a level of candor she hadn’t previously displayed. All were accepting of her vulnerabilities, with some sharing their own pained pasts.

DuPont realized that these “soft skills” would become important for her leadership and make her more relatable as a CEO. This better enabled her team to operate interdependently and as a cohesive unit.

Complicated – or enhanced – by the pandemic

Enter March 2020 and the bottom fell out, especially for healthcare facilities like Northshore serving large urban markets. As lockdowns hit her communities full force like a Gulf hurricane, DuPont was an overburdened frontline worker trying to serve patients in a new setting still establishing itself.

DuPont took her own hit as the first Northshore staffer to contract COVID-19. She spent several weeks with a raging fever, quarantined and still grieving for the passing of her son Blaise. But she was also eager to return to what she does best – providing the highest quality care to her patients.

When she recovered enough to come back about a month later, she found a whole new workplace, not least the number of staff meetings that were now held as videoconferences. With a hospital just five months old and a team that had only begun to feel its rhythm, DuPont and Northshore had to adapt daily to new challenges, guidelines, and policies. But she found that the added layer of mutual openness helped everyone rise to the occasion.

Just a few months ago, DuPont and her husband, Shane, welcomed a healthy baby boy into their family. During a Zoom meeting on her second day back to work after maternity leave, DuPont wanted to emphasize a point to the group she was meeting with and made a heart-hands gesture. It stopped everyone in their tracks. That simple hand formation is a cross between a “thank you” and an “I love you,” made by pointing and joining the thumbs and curling the index fingers.

For a fleeting moment, DuPont had forgotten her audience – this was a meeting of professional colleagues, not an Instagram video. The other CEOs on the call asked her to repeat the gesture. Some struggled to emulate it, a light-hearted and personal connection among a group that had spent many difficult moments on video calls over the past year and half.

Hands and hearts working together

The pandemic has disconnected so many people from each other. While home and workplace have often converged, and colleagues have learned more about each other’s personal lives, children, pets, or aging parents, the lack of in-person contact has created its own detachment. Human beings are social creatures – something has been missing.

DuPont’s one unexpected, nonverbal hand-heart signal spoke volumes and touched at the intimate core of what’s been missing from the past 16 months of virtual communication.

DuPont has a quote hanging in her office attributed to author Paulo Coelho that reads, “You drown not by falling into a river, but by staying submerged in it.” Having an outpouring of support from her colleagues has been cathartic for DuPont. In showing her vulnerabilities, she and her team have emerged stronger. It has enabled members to be more comfortable with the journey they have all experienced the past 20 months since the hospital’s opening.

Now, variants of COVID-19 put added strain on frontline workers, , especially as Hurricane Ida just battered much of Louisiana. In 2020, DuPont and her family were sheltered in place as five hurricanes battered the fragile Gulf Coast.

DuPont will continue to lead and teach others to always be their authentic selves; in part, her mantra is that we must go into challenging times together and come out of them together. She teaches others that crises can make things fall apart or offer a rare opportunity to build something fresh toward a common goal – with our “heart hands.”