Thoughts on Surviving a Heart Attack

More thoughts on the age-old question 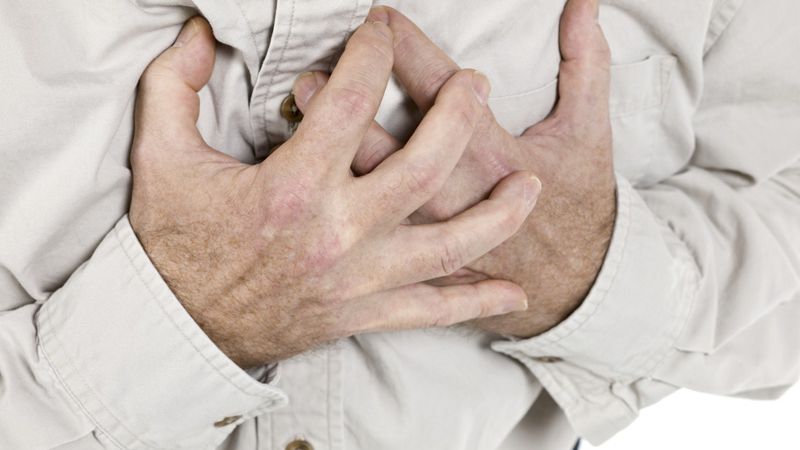 Two columns back, I wrote with some indignation about my 34-year-old son asking me what it was like to be old. That column was still on the grocery store racks a few weeks later when I had a heart attack and, a few hours afterward, emergency quadruple bypass surgery and an aortic valve replacement. (The valve came from bovine tissue. My son and daughter now call me Capt. Beefheart.)

I might have a better grasp these days of what it means to be old than I did when I wrote that other column, as I’ve been feeling kind of ancient since all this happened. It’s my own fault. I found out at least a decade ago that I had a bad heart. That was when I started having pretty regular chest pains with any kind of exertion at all, and the cardiologist said it was angina. He (and the two cardiologists after him) all said I needed to have a catheterization so they could pinpoint the location of my blockage, but I have always resisted any invasive procedures, so I kept saying no.

Rather than listening to my doctors, I just took nitro as needed – and I needed more and more as the years passed. I cut back on the things I could comfortably undertake, one after another. I left the bluegrass band I had enjoyed so much because singing onstage stressed me out. I gave up golf, a lifetime pleasure for me, because I could no longer walk any distance. Barb took on more and more of the jobs around the house, while I attempted less and less. I pretty much stopped driving the car, except for short distances. Cruises became our vacations of choice, because you can headquarter in one place yet travel some distance. I changed my whole life around because I’m a knucklehead.

I did have various non-invasive cardiac procedures and tests over the years, including an EECP and a 64-slice CT scan (you can look those up if interested), but nothing was as definitive as a cath would have been. Whenever one was suggested, I would say, “No, but when I have my heart attack, you can do whatever you want.” And so they did. They opened my chest, cracked open my ribs, stopped my heart, removed veins from my leg, bypassed the blockage, replaced the valve, wired bones together and sewed me back up. It took seven hours. How the heck do they do all that and bring you back to life?

The surgeon – a magician as far as I’m concerned – got me through these complicated procedures but told my family afterward that my situation was critical and my prospects grim. But he, my cardiologist and all the cardiac staff at St. Mary’s were fantastic, and with their help, I struggled through. I’m home, but not far enough from the surgery yet to tell you how life’s going to be. Strangely, I had no pain for the entire first month – no pain at all and no pain meds after the first couple of days in the hospital. This second month, my chest is hurting, but the cardiologist thinks it may be from my rehab exercising, which I go to twice a week.

I don’t have any near-death stories to share, though for the hours I was awakening, life presented itself to me as though on a giant movie screen. This screen was actually the open side of my intensive care cubicle, which looked out onto a central nurses’ station. The nurses appeared on this “screen” to talk to me, and I watched the day go by as though I were viewing a hospital scene on Grey’s Anatomy. This may say as much about all the hours I spend during my normal life on computer, laptop, iPad and watching TV as it does about my medical condition at that point. Life these days, sick or well, is technology.

And to respond one more time to how it feels to be old, believe me when I say this: IT FEELS WONDERFUL!