Home » Lifestyle » In Touch with My Inner Tube

In Touch with My Inner Tube 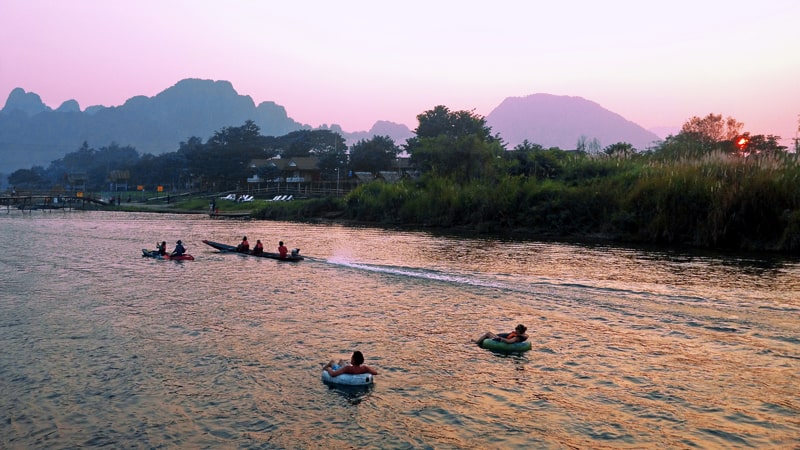 It is late spring 1973, and a small caravan of Virginia Tech students is pulled over at a gas station on Price’s Fork Road, about seven miles from the university in Blacksburg. The 18-to-23-year-olds are buying truck tire inner tubes and filling up styrofoam coolers with liquid refreshments and munchies before they continue their trek down to the New River for an afternoon of lazy fun.

Ironically named, the New River is the second oldest river on the planet (after the Nile). It is unique in that, unlike its fellow rivers on this side of the Appalachians, it refuses to flow east to the Atlantic; instead, it meanders off into the mountains of West Virginia, where it gives birth to scenic falls and roiling rapids favored by white-water rafters.

On this warm afternoon, however, the stretch of river that passes by the small community of McCoy is mostly flat and tranquil. It’s an ideal spot to dangle your arms and legs over the sides of a big, black, rubber doughnut and float downstream at an imperceptibly slow pace. For the slightly more adventurous, there are a few narrow chutes scattered across the river where the cool water accelerates for a couple of yards over submerged rock ledges and between low, moss-covered boulders. The sky is framed by modest mountains on both sides of the river, and passing clouds cast large three-dimensional shadows on the steep inclines and ridges.

When the students arrive at the river, they find several dozen people scattered along the sandy riverbank. Some are sunbathing and wading in shallow pools of swirling water, while others are launching themselves into the river on tubes. A few dogs scamper along the water’s edge and retrieve sticks that their owners are throwing into the river. Groups of people with tubes slung over their shoulders are walking up the road from down river, and several individuals are taking turns shuttling their friends back up the road in cars with tubes precariously strapped to the roofs.

No one is concerned about fashion; girls wear bathing suit tops, but almost everyone is sporting faded cut-off jeans. There is music and laughter, and every so often a freight train rumbles by on tracks that hug each bend in the river. It’s the perfect antidote for the stress of studying for final exams. 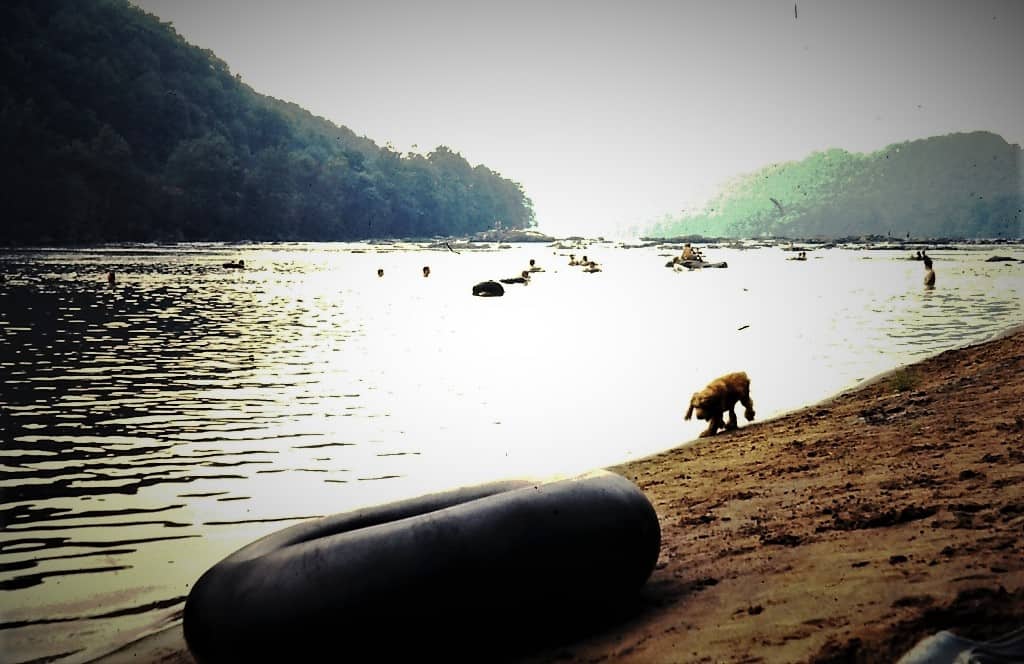 But dusk comes early in the valleys of Southwest Virginia, and when the sun dips below the mountain ridges, the tired but spiritually-refreshed pilgrims head back to campus and their studies. I am one of them.

After completing graduate studies in 1977, I landed a job as a counselor at New River Community College, and I lived in Radford, which is just a short drive from the river in McCoy. And, every once in a while, when it seemed that the entire weight of the world was resting squarely on my shoulders, I would take the afternoon off and drive down to the river – a towel and a pair of cut-off jeans on the seat beside me.

And sometimes, on weekdays in the middle of summer, I’d have the whole riverbank to myself. I would wade out into the slow current of that ancient river where, years before, my friends and I had floated on inner tubes, laughed, watched shadows move across mountainsides, and listened to trains. 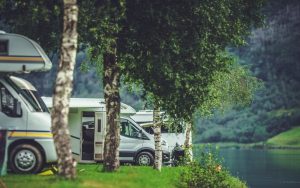