Home » Lifestyle » It Won’t Happen to Your Mother, by Ray McAllister

It Won't Happen to Your Mother

Yeah, I thought that too 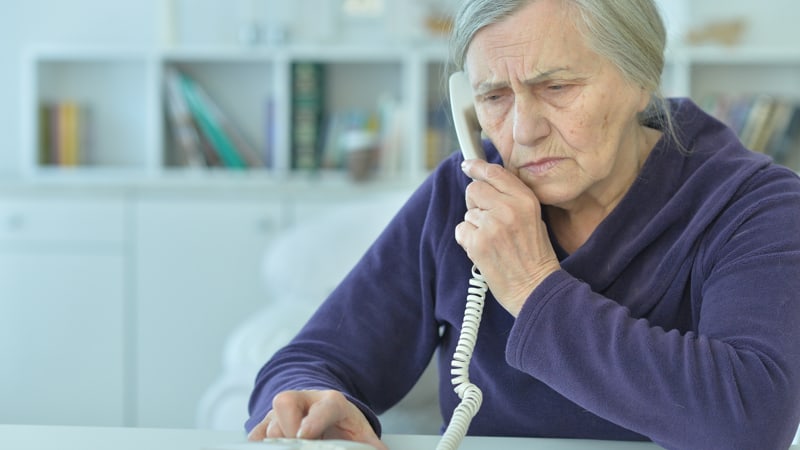 My mother called the other day, in the middle of the day. We call her every evening, so this was odd.

Chris is our nephew. (I’ve changed his name here, not looking for a repeat of this story.) I did have a number. But why did … ?

I need to set this story up better.

Our mother, you see, has always been smart. Very. Got a full-tuition scholarship to college. Raised two boys while our father worked — and while she worked, too. (I know. Absolutely shocking that the mom did more than the dad, isn’t it?) Handled the family finances. She was a fashion model while we lived in Phoenix, then ran a photography studio. Later, in Pennsylvania, she ran a large apartment complex. The family line was that my father got the personality and my mother got the brains. (Odd that I got neither personality nor brains.)

So, smart woman, even well into her 80s.

“Chris called me from South Carolina,” she said. “He was in an accident.”

My mind is racing. How bad? Is he OK? But … why her? There are a dozen people Chris would call first.

“He’s OK. But he hit a utility pole. He was driving a rental car and there was some damage.”

It wasn’t making sense. But I’m trying to figure how to retrieve Chris’ number from my cell phone without disconnecting my mother. (See? Told you I didn’t get the brains.) And I’m trying to message Chris on Facebook.

She said Chris was not in trouble but needed to pay for the damage before he could go. Chris put an attorney on the phone. They needed $2,000 – and the easiest way was to go to Best Buy, get $2,000 in gift cards and give the lawyer the gift card numbers over the phone.

So she did that. It was tough driving in the rain and the traffic. But she did it, and called back with the card numbers.

Now she wasn’t sure that was the right thing to do.

None of this made sense. “No, maybe it wasn’t,” I said. I had found Chris’ number. She said she would call right away.

I messaged Chris. Had he called his grandmother about money? Had he been in an accident?

My wife called her. My mother started telling her how Chris had called from South Carolina and that he …

There was silence. A long, sad silence.

Now she knew. Chris had not been in a car accident. He had not called. The lawyer was no lawyer. They were scammers who played on her fears for her grandson. And they had stolen $2,000 from her.

For me, the whole event made me angry. Angry, for sure, at the scammers.

Yet she gave $2,000 in gift cards to someone so her grandson can leave South Carolina. Who does that?

A lot of people, it seems. The mother-in-law of a friend was scammed twice by her “grandson,” each time for thousands of dollars. Twice!

Best Buy has seen this so often that it trains employees to closely question elderly people buying large gift cards. The scammers have countered by telling their victims to insist the gift cards are for a graduation.

Best Buy had done their best to stop my mother, in fact.

But at the behest of the “lawyer,” she had insisted the cards were for a wedding.

No one was caught, of course. My mother called back the number and left a message blasting them for scamming an old lady.

I doubt they lost sleep.

We don’t know how they latched on to “Chris” and his grandmother – possibly by seeing Facebook photos. Regardless, my brother suggested she attach an “alert” to her credit cards, so we would be informed of any attempt to make a large purchase.

She was embarrassed by the mere suggestion, I think. We didn’t do it.

Once my anger subsided, hers seemed to ramp up. When the credit card bill came, she immediately paid the $2,000 – and has called herself “stupid, stupid, stupid” repeatedly. She says she will never, ever fall for something again. No one will ever scam her again. She’s adamant.

But then I thought that before.

Ray McAllister, former Richmond Times-Dispatch columnist and former Boomer editor, is the writer of six books, including four award winners on the North Carolina coast, and the publisher of several others, including the just-released Ocracoke Lighthouse and The Old Salts by Ellen Fulcher Cloud. For more: RayMcAllister.com.