The James River may have once had a dangerous reputation, but one Richmond organization has helped it become a crown jewel again. 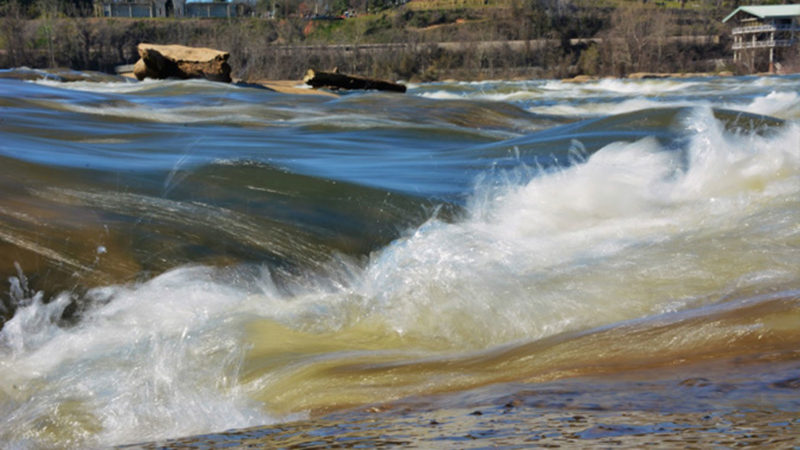 Boomers growing up in Central Virginia or those familiar with the area’s history in the 1970s may remember the James River’s dangerous reputation. Kepone contamination halted fishing on the James, and recreational activities on the river were effectively nonexistent. But thanks to organizations such as the James River Association and thousands of caring volunteers who have been Giving Back over the last 40 years, the James is a crown jewel once more.

The James River Association protects this large natural resource through education, outreach and advocacy. “The health of the James River is up to everyone who lives near it and around it,” explains Bill Street, JRA’s chief executive officer. “Everyone needs to do their part.”

In 2015, 1,700 JRA volunteers did their part by participating in activities such as planting and cleanup projects as well as homeowners programs. According to Street, volunteers provide a significant addition to the organization’s efforts – $200,000 worth in annual manpower hours – in making a cleaner James River.

Bootsie McCracken is one of JRA’s passionate volunteers, although when you ask her how long she’s been volunteering, she chuckles and replies, “It’s been quite a while. Seven or eight years – well, then again, maybe longer!” Time flies for those who know their volunteering is making a difference for generations to come.

“We need to protect what’s in our own backyard,” says McCracken. “It’s cliché. But somebody has to care! Your children do as you do, not as you say, and them watching you give back teaches them.”

The 59-year-old volunteer adds, “When I first started volunteering, we were just in the middle James. Now we include the Upper James and the Lower James.” All together the James River Association covers 800 miles of the river and its tributaries from western Virginia to Williamsburg, including 39 counties plus 19 cities and towns – a staggering 25 percent of the commonwealth.

One of the most successful volunteer efforts of JRA – and the most rewarding for volunteers – is the RiverRats program. RiverRats adopt sections of the James River Watershed and patrol them. “They are our eyes and ears,” explains Street. “They know what to look for and to identify problems. Issues arise, and it’s important to have constant monitoring of the James through the eyes of our volunteers.”

Street tells how a Lynchburg sewage leak was spotted by a RiverRat. “The only way authorities knew about it was because of our RiverRats. We were able to alert authorities and keep others safe. People making those efforts and making a difference is really powerful,” explains the lifelong Richmond resident.

The James River Association, which is celebrating its 40th anniversary with a special annual meeting this fall, has several RiverRats training programs coming up, including Aug. 13 and Sept. 17. JRA’s website calendar also includes upcoming events and river tours.

Lisa Schaffner, a former WRIC-TV anchor, is public relations and marketing director for UNOS, United Network for Organ Sharing. Contact her at LisaSchaffner@verizon.net.