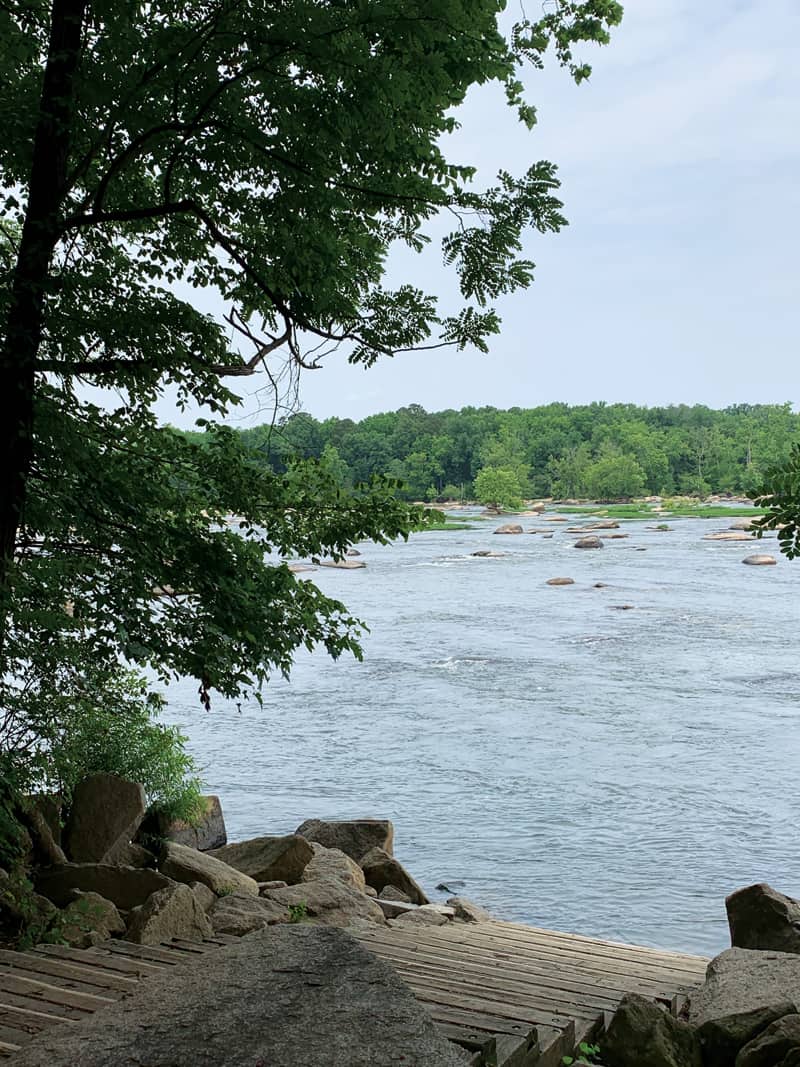 However, protection of this land was not a given – and today its conservation continues.

In the 1960s, the city considered building a highway along the river, but local citizens defeated the idea. Some eyed the land for development. Two men purchased undeveloped riverfront land and donated 380 acres to the City of Richmond, which created the foundation for the James River Park System in 1972. In 2009, Governor Tim Kaine signed a deed of easement that provides protection from timbering or development in the park. In the interim, many have acted to protect Richmond’s natural resource, including the Capital Region Land Conservancy, Virginia Department of Conservation & Recreation and the Enrichmond Foundation.

On June 5, these efforts gained national recognition. Joan Maloof, founder and director of the nonprofit Old-Growth Forest Network, officially dedicated the park into the Network in a presentation at Pony Pasture Rapids Park. Of founding an organization to protect the nation’s woodlands, Maloof said, “I saw forests coming down and realized how important they were for our air quality, water quality, animal habitat, wild plant habitat and for humans – for our spiritual health as well as our physical health.”

“Part of what we do for protecting the land is to make sure it’s protected in perpetuity,” said Parker Agelasto, executive director of the CRLC.

“We are in the process of trying to commit another 140 acres to the James River easement alone,” said Chris Frelke, City of Richmond Parks and Recreation director.

The James River Park System became the 96th forest to join the Old-Growth Forest Network and the seventh in Virginia. Others include Fernbrook Natural Area in Albemarle County, Whiteoak Canyon in Madison County and James Madison Landmark Forest in Orange County.

For information on playing in and protecting the James River Park and other natural areas, visit JamesRiverPark.org (Friends of the James River State Park), OldGrowthForest.net and CapitalRegionLand.org.