Forum on the James River Parks and other Richmond trails

Representatives of organizations involved in maintaining and using Richmond’s James River Park system spoke and fielded questions at the Richmond Trail Forum to a full house at the Byrd Park Roundhouse on Feb. 1, 2017. 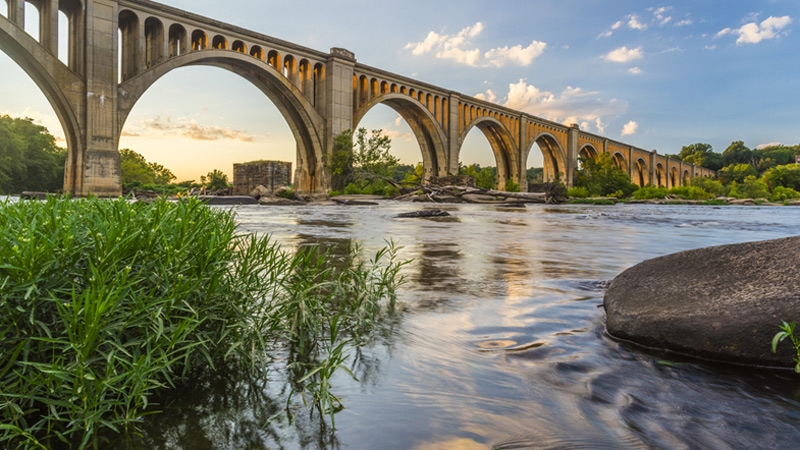 Representatives of organizations involved in maintaining and using Richmond’s James River Park system spoke and fielded questions at the Richmond Trail Forum to a full house at the Byrd Park Roundhouse on Feb. 1, 2017.

The system of trails primarily weaves through forested areas along the north and south banks of the James River from Boulevard Bridge to Ninth Street but also extends into other natural areas, including Belle Isle, Forest Hill Park and Ancarrow’s Landing. Three common user groups of the trails are runners, walkers (often with their dogs) and bikers. The trails are a mix of wide fire roads and single-track, of straight, level trails and windy, hilly single-track.

Many of the attendees who filled the room were already regular park users, but takeaway lessons were helpful for all park users, whether frequent or occasional.

The 600-acre James River Park is a City of Richmond park, supported by tax dollars, six year-round staff members and volunteer groups. The park sees nearly 1.4 million visitors annually. Using counters that distinguish between bikes and pedestrians, park staff can tell who uses the park and when. In 2016, the park saw approximately 1.4 million visitors, with two-thirds of those being pedestrians.

Besides the trails that the city and volunteers have built and maintained since 1972, the park system has added markers that are geo-referenced for emergency response. In case of emergency, callers can tell fire and rescue which marker is nearby and responders will know the exact spot. Since installation of the markers, emergency response has improved from 30 minutes to five minutes.

The three groups operating at three distinct speeds – walker, runners and bikers – have shared the trails well. Though the trails at Ancarrow’s Landing (affectionately dubbed the Poop Loop for its proximity to the wastewater treatment plant) have recently been labeled for one-way bicycle use, all other trails currently can be used in either direction. Most of the single-track trails are too narrow for people to pass easily, so guidelines help make the transitions smooth.

Two other rules of etiquette typically followed on the James River trails are:

The presentation focused in large part on sustainability, on maintaining the trails for park health and continued use. James River Park staff are the ones primarily responsible for building and maintaining trails, considering both health of the park and safety of the users.