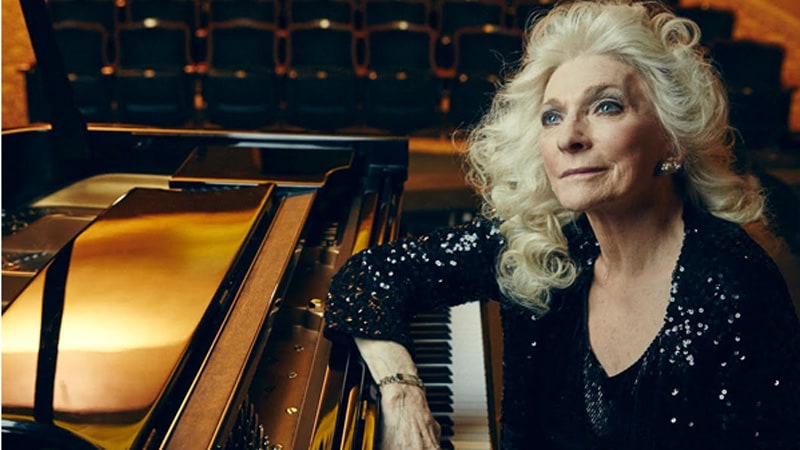 Whether singing her own words or those of others, the sublime vocal talent of pop/folk singer Judy Collins has been drawing audiences for over 50 years. But it almost never happened.

“I contracted polio as a child and later tuberculosis when I was in my early 20s,” recalled Collins from her home in New York. “My school teachers told me I was suffering from growing pains but when I was around 11 and the pain became severe, I went to the doctor who said I had polio. Of course, there was an epidemic throughout the country when this happened in 1950 and I spent 2 months in hospital. Fortunately, there were no lasting effects.”

At 23, while performing in Tucson, she was diagnosed with tuberculosis and quarantined for a month before being transferred to a Denver hospital that specialized in treating patients with TB.

“I got the right cocktail of drugs, so I was very lucky to have survived all that illness,” she said. She would go on to brighten the world with over 50 music albums that included pop hits such as “Send in the Clowns” and “Both Sides Now.” But her own adult world was overshadowed by a darker side as she dealt with eating disorders, alcoholism, and the death of her only son who committed suicide in 1992 at the age of 33.

Battling back again from those desperate challenges, Collins used her voice to promote awareness about social problems including suicide and mental health issues.

“Music is especially an all-embracing art form,” she said. “I’ve written songs about love and war, as well as the loss of my son. In 2007 I published a book about surviving tragedy – ‘The Seven T’s: Finding Hope and Healing in the Wake of Tragedy’ – which helped me and hopefully others facing similar ordeals.” In April, she was recognized with the 2017 Beatrice Stern Media Award, given by the Didi Hirsch Mental Health Services – a leading provider of services since 1942 for people with dealing with mental health and substance abuse issues (see www.didihirsch.org).

“I’m pleased for the honor, but I still have a lot to say about mental health issues,” said Collins. “We have to keep raising awareness in order to get the stigma removed so that people are not afraid to talk about their problems.”

Turning 78 in May, Collins is still on the road performing.

“This summer I’m going on a tour with Stephen Stills for 4 or 5 months and I still do around 120 shows a year,” she noted (see judycollins.com for dates and locations). “And my latest book, ‘Cravings: How I Conquered Food,’ was released this year. I’ve survived a lot of difficulties, but I’m still hanging in there!”

Nick Thomas teaches at Auburn University at Montgomery, Ala., and has written features, columns, and interviews for over 650 magazines and newspapers.