Home » Arts & Entertainment » Books » ‘Keeping Up’: Reflections on Being Old

As life changes, so do our desires 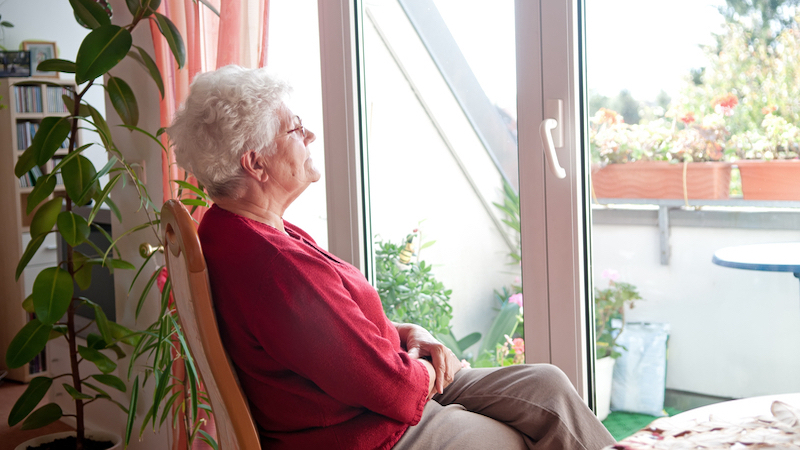 “I want to be in the company of women who write about what it feels like to draw close,” says Sandra Butler in her essay, “Keeping Up,” excerpted from her book, The Kitchen Is Closed: And Other Benefits of Being Old. As Butler recalls the interests of her younger self, she reflects upon what has changed – around her and inside.

Either everything is getting faster, or I’ve slowed down to a crawl. I’ve decided to go with the former. It seems that it was just Wednesday four days ago, yet it’s Wednesday again now and there are three novels, two essay collections, a Danish mystery, a book of poetry, and a growing pile of New Yorkers awaiting me. With more on their way.

And there are, as there have always been, a half dozen critical reviews and more general cultural assessments accompanying each book. Was the intention of the author achieved? In what ways? And how does this book fit into this cultural moment? What questions does it illuminate and how? When time once permitted, I completed the book, formed my opinions, then compared my views with thinkers I respected. But it seems that time is coming so fast now that I find myself careening between an article about an idea from two books back and something new about an entirely different subject. I simply can’t keep up.

I have distinct categories where I’m well read, where I understand the roots, trunk, and branches of the subject matter. But new leaves keep blossoming. Just as soon as I feel current, a new analysis, critique, novelistic interpretation, or book of poetry addressing the subject matter at hand is published. Is it that more leaves are being published or that I’m reading more slowly?

Then there’s the news, which also seems to be at a different tempo than it once was. I still feel a gleeful pride when I score at least eight out of eleven on the New York Times weekly news quiz. That inconsequential success fills me with the temporary confidence that I’m keeping up. The news – called in high school “current events” – continues to matter to me. I work at it, checking the headlines on my iPad first thing in the morning, reading several newspapers, following online sites, and watching TV news in the evening. I’m entirely current. With America anyhow. The complexities of Iran and Iraq, the Saudi proxy wars, and Somalia elude me, much as I put my mind to learning about them, even reading long articles in the New Yorker written to explain such global intricacies to their educated readership. I glaze over, skim, try to read the last paragraph in the hope it will condense everything that came before, and I will have a successful takeaway. But it doesn’t, and I don’t.

My news consumption is augmented with essays by journalists I admire, feminists from my generation who are still passionately opining, as well as the current activists on Twitter, many women of color who are engaged in rich conversation with one another when they are not writing urgent essays and necessarily discomforting books. We are in good hands, I always think as read them. Which leaves me feeling current and very much in the know. Or at least, in those specific knows.

Once, my study was lined with bookcases containing my prized collection of feminists’ first novels. I delighted in reading everything that followed from each woman’s literary beginnings. What stories were they going to tell during a period of such dramatic societal change? I followed their careers as closely as I had the dating life of Ava Gardner during my teenage years.

Over the decades my cultural life expanded to include movies, theater, and dance, but increasingly, they have fallen away. The traffic is too bad, the sound is too low, the price is too high, the crowds are unruly, and the subject matter rarely seems to include well-drawn old women. I should make more of an effort, I suppose, but it’s the effort part that slows me down. Without my noticing, there was a cutoff moment, or series of moments, when keeping up began to recede in both importance and pleasure.

More reflections on being old from Sandra Gardner: ‘Forever After,’ thoughts on dying and death

Then there is my hearing. Both my lack of it and the current speed of words leave me in the dust. They come at me faster than they used to. Consider the tempo of Carmen McRae and that of Beyoncé. While I am a proud member of the Beyhive and admire her both musically and politically, words fly out of her mouth, blur, and evaporate, and she’s on to the next phrase before I can figure out what she’s just said. I trust it’s something I’d agree with and would applaud but am not sure exactly what it is. Closed captions would help, but music videos don’t have them.

I had the same experience with Hamilton. The lyrics raced past, creating waves of exuberant sound, but the actual content would have required my following the lyrics in a printed program. At least the blues repeat each line twice so if you miss it the first time, you get a second chance. Contemporary culture is exuberantly passing me by.

And as it recedes into the near distance, I’m more able to give myself permission to read only what I really want to. A big, sprawling story with lots of characters, lots of complexities, lots of feelings, and lots of intensity.

Now, when I review lists of potential novels or movies vying for my attention and purchase, my resistance centers on the subject matter. Those that are not centered on an unreliable narrator (currently very much in vogue), are about young people coming of age, the struggle to balance one’s work and personal life, daughters coming to terms with complicated mothers (my sympathies are always with the mother), and every conceivable form of middle-aged angst no longer hold my full attention for the required minimum of 250 pages. Novels about immigration, emigration, exile, and the complexities of multiple identities engage me as long as the character isn’t twenty or thirty. Or even forty. Most
of all, I long for stories about aging and already-aged people. Women in particular.

I cringe to think that I’ve become an old woman set in her ways, but it’s true. I have. I do my best not to let that be publicly known though. I’m careful not to start my sentences with “back in the day,” unless, of course, I’m in conversation with a woman with whom I shared that long-ago day. I don’t dismiss contemporary artists as inevitably a derivative of the beloved originator who made it all possible (although I often do have that thought), and force myself to remember that lineages are, by their very definition, in motion. Those that came before opened the possibilities for those who follow. But still.

Thoughts on being old from Robert C. Koehler: Breakthrough reflections on life from geezerhood

I read. That’s always been at the heart of my way. Ketchup bottles, cereal boxes, prescription instructions: my young eyes were always searching for print upon which to settle. Whenever I needed to understand a complicated moment in my life, I read books to show me how other people – women mostly, but not always – dealt with the realities of identity or faith, death or change. Where they found clarity and courage. How they managed to keep going, if that was the best they could do in the moment. And the books I wrote were those that hadn’t yet been written for the woman I once was, who would be looking for them.

Even though I took both pride and pleasure in all the ways I was conversant with the latest novels, albums (they were albums then), and movies that were all right on the tip of my proud tongue, now what I want is to sink into the language of other old ladies. Or at least middle-aged writers creating old women characters. Or their old mothers. Complex old mothers only. No more singularly bad ones. I want more Olive Kitteridge. Margaret Atwood’s women. Sigrid Nunez’s friendships. I want to read stories about what it feels like to grow old. To lose family and friends. To struggle with faith and spirit. To prepare to die. I read now to find my own life echoed on the page. To feel less alone.

I imagine taking a walk with Olive and talking about everything, insofar as Olive would even talk to me. We would stride along covering great distances together as the day began, wearing sensible shoes and being comfortable with long silences. When we spoke, it would be about how we are drawing close to the end of things. I want to be in the company of women who write about what it feels like to draw close. I am firmly set in that way.

There is more life behind me than ahead, and I want my reading to be a time to reflect and to come to terms with what it has all been. I want to be in the company of women who write about that. I want to keep up with them. I can’t keep up with all the rest of it. The world will hurtle forward with me relievedly waving in the rearview mirror. 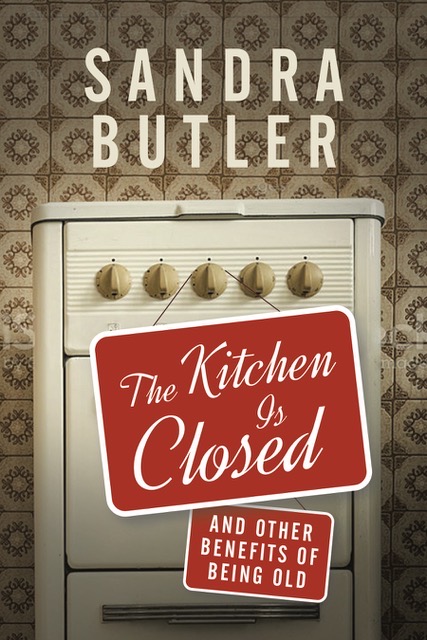 “Keeping Up” is republished with permission from Sandra Butler’s book of essays, The Kitchen is Closed: And Other Benefits of Being Old, a book of humorous, touching and personal essays, released July 2022. The book covers a diversity of topics, from reflections on death and dying to yoga and aging bodies, technology and culture, divorce and more.

Butler doesn’t identify as a senior citizen, elderly, or even mature, she says, but as “unequivocally old.” While she addresses the inevitable limitations that being old brings, she also delights in the freedom that oldness confers, at least the freedom not to care about so many of the things that once seemed so important. Butler focuses on bringing the unspoken issues in women’s lives onto center stage.