Home » Arts & Entertainment » From Our Readers » Late Baby Boomers: the Best of Times

Could it be the most fortunate generation of all time? 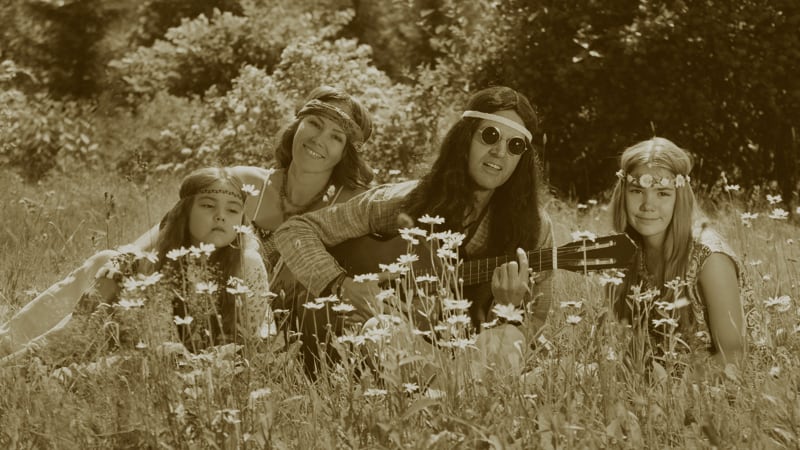 My generation was labeled “baby boomers.” To me, this always sounded like we were infants who liked to blow things up. Which, figuratively speaking, was kind of true. The dictionary defines us as, “the demographic group born during the post-World War II baby boom, approximately between the years 1946 and 1964.”

More specifically, I am part of what has been labeled “late baby boomers,” born between 1957 and 1964. This is an important distinction because I consider that we late baby boomers were born at the best of all possible times.

Think about it: we were the first generation raised on rock ‘n’ roll. Our formative years were filled with social and cultural changes that our country has not seen the likes of since. It was cool to be anti-establishment and to rebel against everything the older generations believed in … and nobody likes to rebel more than kids. It seemed like everyone was fighting against every kind of authority. So rebelling against your parents wasn’t just socially accepted – it was completely expected.

These were our first impressions of society. We thought this was how the world always was and would be; filled with rebellious behavior and revolutionary changes that promised and promoted freedom and equality. The music and colors that surrounded us were loud and wild as rock ’n’ roll, and psychedelics influenced our art, fashion and design. Life was like the movie Yellow Submarine, an acid trip inspired cartoon with a rock ‘n’ roll soundtrack. It was a magical time to be a kid.

The civil rights movement and the Vietnam War played in the background while we played with our toys. We were too young to participate in them, or to even fully understand them, but these were among our first lessons in right and wrong. We weren’t protestors or soldiers or part of the establishment, but they were our brothers and sisters and parents. Everyone we knew and everything we saw taught us to stand up for what we believed in. They inspired us to make the world a better place. We grew up with slogans like, “We shall overcome” and “Make love, not war,” which set a powerful tone and ambitious goals for us while we were growing up.

Before the 1960’s, sexual attitudes were unnaturally repressive. Sure, people were always having sex and there were always sexual deviations. But in those days, most kinds of sexual behavior were as closeted as J. Edgar Hoover’s cross-dressing. We were raised in a time of sexual abandon that the world had not seen the likes of since the Roman Empire. Phrases like “The Sexual Revolution” and “Free Love” were popularized and became rallying cries.

Feminism and women’s liberation exploded onto the streets and into our homes and workplaces as revolutionary movements. Women started wearing mini-skirts and bikinis, going bra-less and standing up for their rights all across the civilized world. Then the FDA approved the first forms of birth control, which gave women more sexual freedom than they had throughout the history of mankind. And all of this was happening at a time when my generation was reaching puberty and would soon be able to enjoy the benefits.

Many men in the early baby boom generation had to fight in the Vietnam War. Or there were anti-war movements that inspired and empowered them to burn their draft cards and run away to Canada. This was a looming fear and perplexing crossroad that my generation grew up with. But, as further proof of how lucky us late baby boomers are, they ended the draft just as we became eligible. Seriously. Anyone born after 1954 never had to register for the draft, for the first time since it was instituted. As Maxwell Smart used to say, “Missed it by that much.”

The ‘80s and ‘90s were a mixed bag for my generation. Our country continued to fight its wars, but now did so with a volunteer army. The economy rode out several minor recessions but we managed to avoid another depression. The AIDS epidemic was horrible but we had reached the ages where most of us had settled into monogamous relationships. The quality of our arts and culture may have waned but that’s really a matter of opinion.

In 1998, Viagra came on the market. Are you kidding me? At the almost exact moment when late baby boomers are experiencing their first signs of erectile dysfunction, they invent a pill that cures it! I believe, that alone positions mine as the luckiest generation of them all.

And now, as my generation approaches the Social Security years, we hear a lot of rumblings about the Social Security system running out of money. Current estimates are that, unless the government makes the necessary reforms, Social Security will not be able to meet its current obligations beyond 2034. Us late baby boomers will be in our 70’s by then and can still expect to receive the bulk of our benefits. Besides, according to a CDC report released in 2017, the average life expectancy in the U.S. is 76 for men and 81 for women. I realize that this will probably not come as good news to most of you in that age group, but I find it strangely comforting.

Which brings me to my final thought on the subject. Typically, most older people like to see the world as falling apart or going to hell in a handbasket or whatever apocalyptic metaphor they choose to put on the times they are living in. That being said, it certainly does seem like that now.

In addition to the ever-present dangers and worries we have always lived with like rising racial injustices, never-ending wars in the Middle East and increasing nuclear proliferation, we are now also faced with higher numbers of homeless Americans than ever, life expectancies going backwards for the first time since the AIDS epidemic, a government that’s more divided than any time since the Civil War, budgetary cutbacks being made on environmental causes, and millennials being the first generation to statistically earn less money and to be less likely to own homes than their parents.

So, as a sixty-one-year-old man with no children, I often take comfort in the thought that this is a good time to be old and childless.

Us late baby boomers, like every generation, are members of our own special club – much like religious and ethnic groups, famous actors and athletes or brave soldiers and cops. We share a unique history and common experiences that bind us together. None of us should ever feel truly alone, because there are so many of us who have lived through the same things.

We should really have a special handshake or a secret signal, or at least a knowing look that we share whenever we meet.

After all, we are all just a product of our times; I am grateful that I was produced when I was and that I got to live through everything I did. I truly believe, it was the best of times.

Richard Basis is the writer and brains behind his blog, “If You’re Under 50 (You Have No Idea What I’m Talking About).” Enjoy more humorous baby boomer-targeted opinion pieces at IYU50.com. 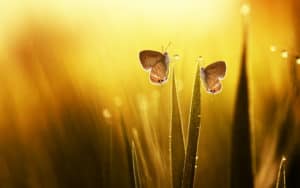 When a Caregiver Is No Longer Needed