Making Peace with Paths Not Taken 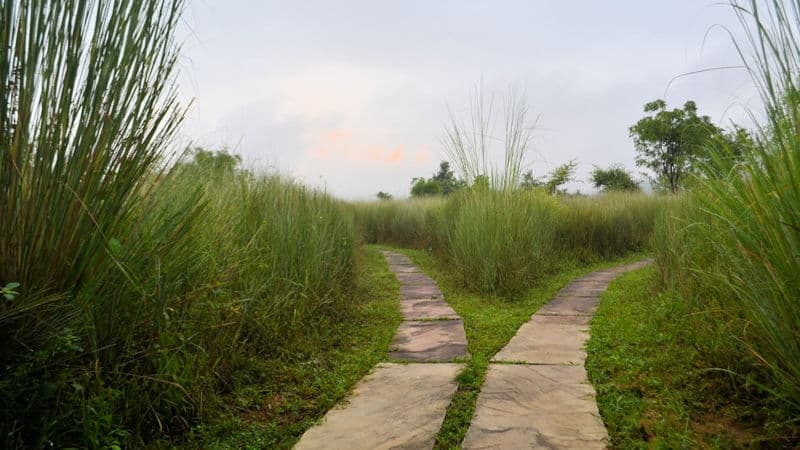 When I was in my early 20s, I had a clear vision of what I’d do with my life. It included being Mr. Universe – I was a small but serious bodybuilder then – and finding a university job where I could live in the elegant world of advanced mathematics. I trained and studied single-mindedly, and I was tenacious enough to keep advancing. It was only by chance that I stuck my head into my brother’s college sociology class and found my true calling in another universe entirely. I feel grateful for that, but I still wonder who I’d be now if I’d gone to the gym that day instead.

These days, talking with people in later life, the conversation often drifts to those crossroads when we made decisions about who we’d let ourselves be. We circle through the times we were derailed or hijacked, the times we abandoned a passion because it wouldn’t pay the bills or we wouldn’t be “good enough” to compete. We tell the story of how we chose the safe thing, or the expected thing, or the rebellious thing, and we wonder what would’ve happened if we’d taken a chance and gone the other way.

For all our successes and all we’ve managed to be and do, many of us feel regrets: a pang every time we think of paths and passions we didn’t pursue, callings that went unanswered, talents we never developed.

WHY WE KEEP LOOKING BACK

There’s a reason we’re obsessed with those roads not taken. The mission of later life, different from our earlier work as adults, is to turn inward and reach for fulfillment. Our job now is to ensure that we don’t let ourselves die without doing what we were born to do. And the seeds of the work and joy and meaning that call us now are often there in what we’ve left behind, abandoned at a crossroads.

By examining old callings and decisions, we can release the energy that’s so often trapped in the past and use it to find a new way forward. Here are a few effective places to start.

REVISIT TURNING POINTS THAT HAUNT YOU

In the courses I teach on finding our callings in later life, we pinpoint times when we turned away from a person, direction or opportunity. As we do, it’s common to have regrets and harshly judge our younger selves who “didn’t have the guts” to follow their hearts, or we feel bitter toward the people who blocked our path.

That’s why I recommend revisiting your crossroads with companions – photos of yourself from that period. When you see your young 20-something face or recognize the stress in the eyes of 40-something you, worried about layoffs and feeding the family, it’s easier to regard the decisions with kindness, not condemnation. They were doing the best they could with what they knew then. Give yourself time to remember who they were. Offer your younger self the gift of acceptance and forgiveness, and, as best you can, carry that sense of self-kindness into the present.

ASK IF AN OLD DREAM IS ALIVE FOR YOU NOW

At your crossroads, look around. What was it that glowed so brightly from the path you abandoned or the future you never claimed? What identity were you aching to pull on, like a kid reaching into a costume box? And how does it feel to think about slipping into that identity now?

It may be too late to sign up for the space program or join a commune. It’s definitely too late to get pregnant. But when you look through the doors that swung open inside you when you held such dreams, what do you see? Adventuring and discovery? A sense of self-sufficiency and belonging? A desire to offer mothering and connection? Take time to feel for the essence of what you wanted. If the desire still stirs inside you, you can bring to it life in some form now.

One of my students had always loved to make art, but she never allowed herself to pursue it. It was an impractical, frivolous love, she thought, so she stubbornly pushed it aside. Art was always something she’d do “someday,” and someday kept getting farther away.

NEVER TOO LATE TO EASE REGRETS?

She told me she’d had a great career in nursing, and she was a loving aunt to the next generation of her family. But artist? Now, at 70, she finally had the time to immerse herself in painting, but she was scared to do it. She’d closed the door so many times, why would it open now? How could she get good at it now?

Like so many people, she thought that she had to earn her passion by being a virtuoso instead of a beginner. But when she took the risk of simply getting out her materials and letting herself “see what happens,” she was drawn into the colors and the sense of discovery she’d always loved so much. Was the painting any good? It didn’t quite matter. As she painted, learning as she went, she was finally alive as an artist.

ASK THE MOST IMPORTANT QUESTION

“What dream will die inside me unless I feed it now?”

Make time to sit with this question. And when an answer comes, honor the dream by taking one step toward it. Make a phone call. Pick up a pen or paintbrush. Set aside 10 minutes of sacred time to be with what you love most; to be who you’ve always wanted to be.

Remember that what’s gone unsaid, undone, unforgiven, unappreciated or unactualized until now is the starting point for the soul work of later life.

Charles Garfield, Ph.D., is the author of Our Wisdom Years: Growing Older with Joy, Fulfillment, Resilience, and No Regrets. He is the founder of the widely acclaimed Shanti Project, a community-based nonprofit that provides volunteer support for men and women with AIDS or cancer. For over four decades, Dr. Garfield served as a clinical professor of psychology at the University of California Medical School in San Francisco.