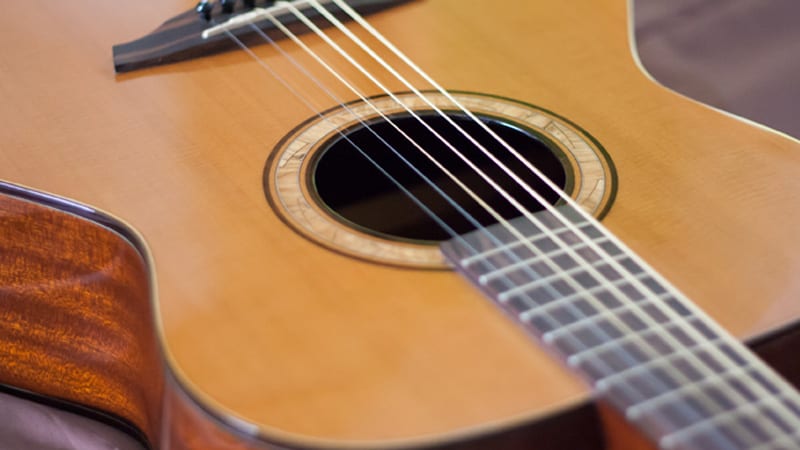 In the autumn of 1973, I bought a guitar. I drove from William & Mary to a Norfolk music store. I asked the salesperson to bring me every Martin guitar he had, one at a time. I wasn’t yet much of a musician. I knew a few chords, but I felt music in my marrow back then. I’d emerged from the ’60s disillusioned with everyone else. Cold war, hot war, assassinations, gasoline rationing, missile silos, Berlin Wall, Cambodia, Nixon’s fall, where was a boy to look for faith? Judaism didn’t follow me to college, and I had no girlfriend nor fraternity to absorb me. I wasn’t a drinker or druggie, just a child of Sandston, rather simple and natively bookish, notably tall and lacking notability elsewise.

I loved music. I wanted to make it. Throughout middle school I bought every record I could afford, and what I couldn’t afford I shoplifted from the Kmart on Williamsburg Road. Once I was able to take (though not hold; I have never been employable) summer jobs in high school, much of my wages went to rock and roll. I joined the Columbia Record Club, like, 11 times and tried to cheat them over and over. You did, too, so stop judging.

I was born loving music. My mother would tell you she could leave me in my highchair with a fistful of Cheerios, then go about her business. I would eat and sing gibberish, and when done I cried only for more Cheerios. She fed me like a songbird. At three I wanted an instrument. On my street, no one had a piano. We had brothers and sisters, mud rooms and canning rooms, laundry rooms and extra freezers, sewing rooms and dining rooms. Anything the size of a piano had to live outside, like the car. In my dad’s 8 mm movies of my third birthday, I air-play a stiff cardboard yellow guitar upon which my mother has penned cartoon faces and ELVIS. I shake my tiny hips and jump around; I wear a cowboy hat, a Roy Rogers fringed shirt and plastic kiddie chaps. I am dressed for a horse but I ride a guitar.

In middle school, I got my first instrument, a French horn. It was a ludicrous choice, that tangle of brass intestines, but it was free and I wanted to play something. For two years, I showed no aptitude. Meanwhile, I fought frequently in the boys’ bathrooms and gym lockers, bastions of illicit smoking and hard teasing. I lacked the sense to stay quiet and avoid conflict. I battled as best as I could, but my awkward flailing did little to impress the bullies and sons of bigots. I’d hoped to play for the middle school basketball team, perhaps add some needed luster, but I couldn’t make the cut in seventh or eighth grades. Apparently, my hands and feet did not respond as quickly to my commands as my mouth. In ninth grade I finally made the team; I rode the bench, but I put down the French horn.

In high school, I sang in the choir and a chamber group for two years, until the choir teacher threatened to punch me. I saw him years later. He is a very small man, and I am not. Timing, we know, is everything.

I saved every penny I didn’t squander on records or comic books. I no longer dabbled in shoplifting; I was caught once and the store guard called my mother. She took my shame to her grave; if she’d told my dad, I would have taken it to mine shortly thereafter.

At last, in 1974, in the Norfolk guitar store, I played nine different Martins. One felt very right, sounded like a jackhammer and bells in my unschooled hands. I asked the salesman to bring that guitar again, and not tell me when he did. I played more Martins; then, I knew. Like nothing I’d ever known before or since, except love. A knowledge that simply can’t be. It can’t be instinct, either. It is simply love. This one, I said, It’s this one. It was. I paid the man my last dollar.

The guitar and I are still together.

David L. Robbins is a New York Times’ best-selling author whose 13th novel, The Devil’s Horn, was published last November. The Sandston native is the founder of the James River Writers, co-founder of The Podium Foundation and creator of the Mighty Pen Project veterans’ writing program. He is currently at work on an epic novel set in Israel 1945 to 1948.