Ocracoke: More Than a Day Trip

The Outer Banks of North Carolina are both a place and state of mind.

Many book their vacation on the busy strand of Nags Head, Kill Devil Hills and Kitty Hawk.

Others plop down on the northern beaches of Southern Shores, Duck and Corolla. Still others delight in the unspoiled beauty of Hatteras Island or the historical treasures of Manteo.

But from all locations, many of those vacationers stream down N.C. Highway 12 and then onto the ferry crossing Hatteras Inlet, headed for the quaint little village at the southern end of Ocracoke Island. Usually vacationers make the roundtrip in one day – a Wednesday, perhaps, or a Thursday. That’s understandable. Ocracoke has much to attract the day tripper: the famed lighthouse, the British Cemetery, stories of Blackbeard’s death and U-boat torpedoes, Howard Street, the museum, Howard’s Pub and myriad other restaurants and shops.

But many find a reason to stay far longer – a full week, perhaps. Or a lifetime.

EXCERPTS FROM OCRACOKE: THE PEARL OF THE OUTER BANKS

OCRACOKE, THE PEARL OF THE OUTER BANKS, is so many things to so many people.

Leslie Lanier is the owner of the island’s bookstore, Books to be Red. “My hair was very red,” she says by way of explanation, smiling. Like many Ocracoke shops, Books to be Red is charming in both its simplicity and its authenticity. It sits in an 1898 home, the Dessie Bragg House, which features 10-foot ceilings and crown molding. “Not all the houses were like that,” Lanier says. Hers was one of two shops under the same roof for a while, until a partner left.

Lanier speaks passionately of Ocracoke — what it has, what it doesn’t, how the beach is so clean. She moved to the island in 1999 but had loved it for years, since she first saw it in 1981. “We came here and got stuck — loved it,” she says. “My sister hated it.” Ocracoke is like that — a love-it-or-hate-it place. “Came back in winter. Loved it,” she says. “If you can love it in the winter, you can live here.”

Heather Johnson, the shop’s assistant, says the island grabs people. “Ocracoke is like the black hole of the Outer Banks,” she says. “People come down here, and they don’t get out.”

Vera Buxton, gift-shop manager at the Ocracoke Preservation Society’s David Williams House Museum, says the tiny island has unexpected riches, as witnessed at events like the Ocrafolk Festival in June. “There’s tremendous talent on Ocracoke,” she says. “Artists and photographers and musicians.” The island is also defined by what it doesn’t have. “You do have to not want a car wash, or a mall, or a Food Lion. But the tradeoff is worth it.”

Ultimately, she returned for good. “I came back four years ago with my daughter. She has a lot of family and love. The day care is good and safe. You know everybody. The school’s good, and we don’t have to worry with any gangs and violence. And she loves the beach. So it’s a perfect place to be.”

Life on the island comes with caveats, she cautions. Many of the elderly move away because of the lack of medical care. Then, too, “we always work a couple jobs in summer in case there isn’t a job in winter.”

STILL, OCRACOKE JUST FEELS RIGHT. “There’s a closeness here you don’t see other places, and it seems like the rest of the world is cold,” O’Brien says. “Everywhere you go, you see somebody you know, and when you go somewhere else, it’s not like that.”

That theme has been repeated through the ages on the island.

Alice K. Rondthaler, in a 1974 interview with the National Park Serivce, noted Ocracokers often leave for work elsewhere. “Nine times out of ten, I would say, they come back. If they possibly can, they come back and retire at Ocracoke. Many, many have done that. . . . It’s their love of Ocracoke and this way of life. . . . They come back when they get the chance, because they like this way of living.”

Lynnea Bullock Dickinson is not a villager — she comes from Iowa — but she has been vacationing here for decades. From the moment she departs the ferry from Hatteras, she loves it all.

“I love the drive from the ferry down to the village,” she begins. “The quick glimpse of the ocean between the white dunes, the creeks with small boats nearly hidden by the marsh grasses, and that beautiful wide, flat beach, so often completely deserted. I love to walk along Howard Street with its live oaks draped with silver Spanish moss, and to read the old gravestones lining the way.”

Her special place is the Jolly Roger Pub & Marina, where her group drinks beer and watches the boats return to the harbor in late afternoon. “That, in my opinion, is the most relaxing aspect of my vacations there.”

Stephanie Pace, a Virginian, loves the beach. But the village is also special. “It seems to take you back in time with all the local places to go,” she says. “We always go the week of the Fourth of July, and for my daughter’s birthday on July third, we eat at the Jolly Roger by the water for lunch. I just love it.”

OCRACOKE: THE PEARL OF THE OUTER BANKS

HEARTWARMING STORIES ABOUND ON OCRACOKE. They tell of the place, the people and special moments.

Mary and Scott Hamel decided to get married on Ocracoke in 2012, when they were in their mid-50s. The Ocracoke United Methodist Church pastor, Laura Stern, performed the ceremony at a cottage. Their best friends had decorated a small pier in the backyard with ribbons and flowers. The couple walked out onto the back porch hand in hand and down to Pamlico Sound for the ceremony.

“When we were pronounced man and wife, applause rang out in the little cove from cottage back porches,” Mary recalls. “That was awesome! Our friends fixed up a little ‘Just Married’ golf cart complete with ribbons and cans and made us ride through the village. It was so loud from dragging the cans we laughed hysterically the entire time. I’m sure it was a sight.”

Michelle Miller Bolling first took a day trip to the island in 1993. “We decided the following year we would rent a house in Ocracoke for a week,” she says. “My husband remarked he didn’t think he could stay a whole week there. At the end of our week, we wished we could stay all summer.”

Bolling can’t put her finger on any one thing that called them back. “The beaches were beautiful, but it was more than a beach to us. We rode bikes all over the island, bought fresh seafood for dinner. The bars had wonderful musicians. The stores were unique. The area attracts artists.” Community was an important part. “We felt our children were safe, and we would let them roam the island on their bikes. The Ocracokers made us feel welcome and safe in their community. . . . One young girl from Ocracoke commented how her family enjoyed seeing us sit on the front porch every evening at their grandma’s old house.”

HISTORY IS PART OF THE ALLURE, Bolling says. “Howard Street remains unchanged. Family cemeteries throughout the village — the history of this place fascinates me. The descendants of original families are still here 300 years later. Sam Jones, who built The Castle, brought jobs to the island and is buried with his horse, Ikey D, on Springers Point. Every year we go to Ocracoke, we still learn something new.” Ocracoke feels like their place now. “I like that there are no fast-food chains or Putt-Putt golf. We’ve kayaked to Teach’s Hole and had to outrun the ferry on the way back. I almost forgot to mention how beautiful the sunsets are.” A moment later, she continues the list: “The ponies, the fishing boats, sunset cruises, sunset horseback rides, Deepwater Theater, square dancing at the town square for the Ocrafolk Festival. The Fourth of July parade is their Christmas. Ocracats. I can go on and on.”

Perhaps the late Thurston Gaskill, the old hunting and fishing guide born in 1902, put it best. “As far as I’m concerned, it’s the garden spot of the world,” he said. That was back in 1986.

Gaskill saw changes, to be sure. Even in 1986, more people were coming to the island in one year than visited in 20 years when he was growing up. Still, the year-round population had increased little, he said, maybe from 400 or 500 to 700-some.

“As you can see, it’s a very small area and never will advance to a big resort, which we are really thankful for,” Gaskill said. “It’s just a quaint little village, a great place to be going to instead of from.” 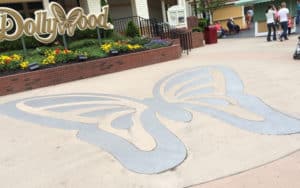 5 Things You Didn't Know About Dollywood! 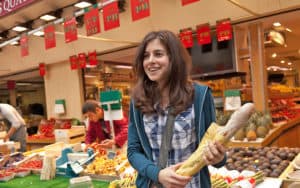