Rekindling the Friendship of Old Milwaukee

When a case of cheap beer strikes nostalgia deep within 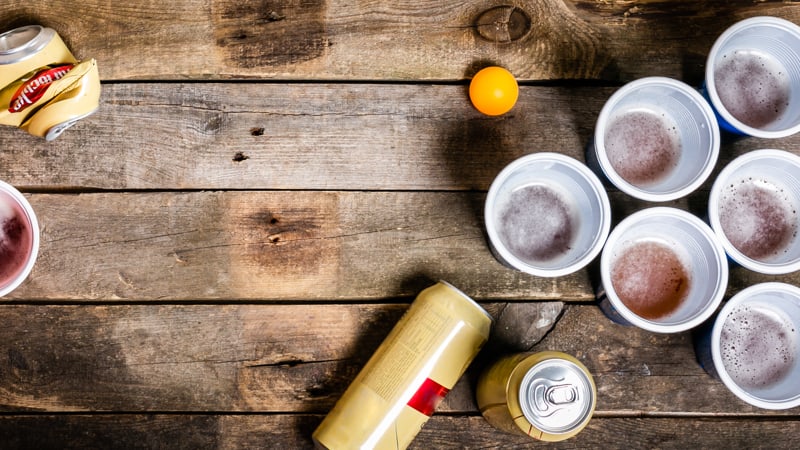 I was on a mission. Actually, it was an assignment from my wife. I stumbled into my local beer and wine warehouse in search of a particular bottle of vino for our thirty-fifth wedding anniversary (three of the happiest years of my life).

But what I found, was far, far greater.

This Holy Grail of hops and barley was a twelve-pack of Old Milwaukee beer. Nostalgia in a can! The memories came pouring out like a free keg at a frat party. They took me back some forty years to the late seventies, where a college freshman crashed through the glass doors of an A&P in search of “groceries.”

I drove up in my beat-up Chevy Vega (aluminum block piece of crap and my first car), hopped out with my roommate, checkbook in back pocket nestled beside my wallet containing the required ingot of proof – my I.D.

Okay, my driver’s license was slightly altered with help from green liquid paper. I was 17.

Inside, what did my wandering eyes behold but a mountain of glorious cheap beer stacked floor to ceiling. “Welcome back students!” the cutout of a buxom young lady greeted. The cardboard cases were arranged in a hideous, makeshift pyramid of impending debauchery supporting a pile of longnecks costing only $3.99. Three dollars and ninety-nine cents for a whole case of not-that-bad beer. Are you kidding? Yes please! “Tastes as great as the name,” as Will Farrell might say (check out his hilarious commercials on YouTube). There was of course the customary 80-cent deposit on the bottles.

As a side note, let me explain the case of soon to be empty bottles: My friends and I didn’t come to college with a lot of “stuff.” Not like kids today. Back in those days you had your clothes, a set of twin sheets, and if you were lucky (or wealthy) a stereo, LPs, and a mini fridge. Men of privilege came with a rifle and a polo mallet. I had a fan.

The phone was at the end of the hall and cost 10 cents. Call your parents on Sunday, we were told.

We didn’t have cell phones, air conditioning, rugs or carpet, microwave ovens, or computers (I did know a guy who knew a guy who had a typewriter). We didn’t even have drywall! Our cold cinderblock walls were adorned and warmed with Farrah Fawcett and Lynyrd Skynyrd posters (remember that iconic red one-piece?). We had cold metal desks and a window that opened. Stop your whining, kids. Not all of us got a trophy.

And those empty beer cases? Well, those became stereo shelves, bookcases, chairs, foot stools … they became our version of Ikea furniture. Cheap and easy to assemble. We recycled and repurposed long before it was cool.

Back at the A&P, I had a mental shopping list – pack of bologna, block of Swiss cheese, loaf of white bread, mustard, chips and two cases of Old Mil. Enough to get me through the weekend. The essentials.

Yes indeed, we were on a prepaid institutional food plan. Ample sustenance, but not the gourmet dining hall fare our kids enjoy today: “Whaddaya mean you’re out of sushi?” “Is this gluten free? Organic?” “I’ll have the Kobe beef sliders on 57-grain artisan buns…” Do you really think our kids would have eaten that brown mystery-meat slop plopped onto a white roll? Oh, the horror.

So, my roommate and I lugged our supplies back to the dorm for some late Friday afternoon relaxation. I think the kids today call it “pre-game.” Crank up the stereo, open the window, drag a couch outside and crack a beer. Hello weekend!

As I write this and swig the history of my adolescence, I notice that on the can’s label is a young lady wearing short denim shorts and a red and white striped tank top. True retro Americana. She twists her brunette locks provocatively. Her hips are an ample throwback like the beer. The can says, “since 1849,” but I say “since 1977”!

As for the anniversary wine? Well, in my excitement I left without it, but I did snag a case of the Old Mil, something I haven’t enjoyed in decades and certainly enough to last much longer than a weekend. It doesn’t get any better than that, boomers. Cheers! 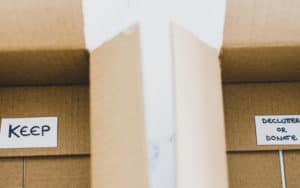 Being Proactive in a Senior Move 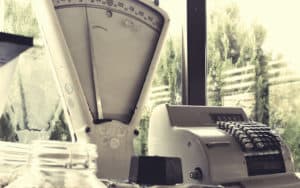 Reflections on a First Job