Dividing the costs can make even an oceanfront home a bargain paradise, as long as you rotate the master bedrooms

My family’s love affair with the Outer Banks dates from August 1985, when my siblings and I rented a beach house at Corolla and began a tradition that’s now lasted 28 years.

We went every August then, but as more people joined us and bigger houses were required, we opted for off-season rates, switching in 1998 to Thanksgiving week. Soon, when rental agencies raised rates for that week, we went a week earlier. That’s been “Beach Week” ever since.

Our party has grown to include way-distant family, relatives of in-laws, cousins on both sides and an ever-changing parade of friends, co-workers and classmates. There’s a standing group of eight couples, the “regulars.”

Our biggest year was 2005, when we rented a Kill Devil Hills house with 14 bedrooms. With various guests coming and going, 26 people slept over at some point. (Barb washed sheets and re-made beds.) Six musicians — no accordions allowed — were among those houseguests, and the live music stretched into the wee hours. Only Barb and I already knew every guest — but the growing camaraderie of the household was stunning. Singing together does that to folks. Two guests who met that week are still together as a couple.

That varying guest list accounts somewhat for what happened in 2008, the year we rented our most expensive house ever — $5,324 for the week. That sounds like a lot, but not if you divide it by 14 bedrooms. Each guestroom paid about $380 for a gorgeous oceanfront house with an elevator, hot tub, library, pool table, theater room, etc. — extras most of the bigger houses offer. My son and brother-in-law, the latter retired law enforcement, were waiting at the elevator one evening when a young man in a hoodie, with a winter scarf around his face, sauntered past. They said a cheerful hello, figuring he was one more guest unknown to them, later to discover he was a burglar who made off with $250 from the rooms.

Every year we choose a different house — it’s always exciting to arrive at a new one. Barb’s favorite had been the private beach house of du Pont family members. It was also our least expensive house — $1,795 for the week (it’s since changed hands and gone up in price). Though lacking some extras of previous homes, there were beautiful skylights, stained glass and wonderful décor, and all the materials in the house were first class. Of course, with so many people, no matter how much is right about a house, there’s always something wrong. In this case, there were only enough bedrooms for the regulars, and we missed our houseguests.

Admittedly, it’s a little tricky to call up friends and say, “We want you to come to the beach with us in November, and it will cost you $385.” Fortunately, we now have a list of regular “non-regulars” — chosen with an eye to mutual compatibility — and that list seems OK with paying a share for a place none of us could afford on our own.

WHEN IS A STOVE NOT A STOVE?

Like the house owned by the Burt’s Bees fellow. It was beautiful, indeed, but with a problem. Shortly after arriving, we turned on the gas stove to start dinner and … nothing. We soon discovered that not only was the stove not hooked up to a gas line, but there was no gas line. Whoever bought that gas stove should have opted for electric. It took several days to get a working stove in place; meanwhile, the rental office reimbursed us for dining out.

The hardest part of this beach-going deal is keeping it fair. Some rooms are always better than others. One guest wants ocean view; another, in-room TV; others, peace and quiet. We rotate the elaborate master bedrooms — otherwise, it’s every guest for her/himself.

That’s the week’s motto anyway. People go their own way, doing what they want. It’s as relaxed as life ever gets. There are beaches closer to home and beaches farther away, but for me and so many other Richmonders, “the beach” will always be Nags Head.

Randy Fitzgerald, a former newspaper columnist, is a regular BOOMER writer. Contact him at rfitzger@gmail.com. 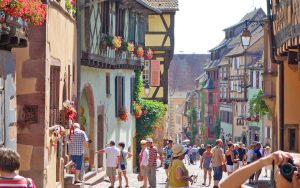 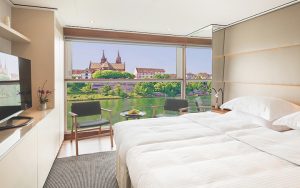