Home » Uncategorized » Pogo the Power of Yes And

The Power of “Yes, And…” for Business 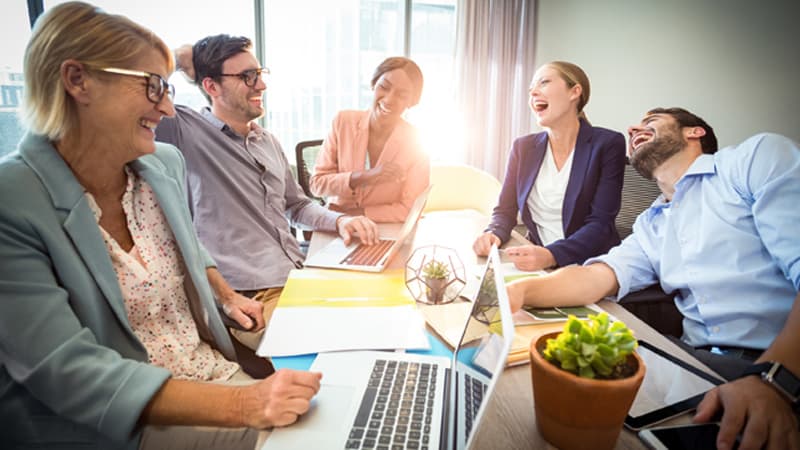 The concept has been so effective that it has been adopted in the creative business world. “Yes, and…” can create a good landscape for the brainstorming process, a space for sharing ideas freely and improving communication.

Have you ever thrown out an idea in a meeting only to have it shot down (very aggressively!)?

It hurts! Sure, your laundry detergent pitch involving a mini soccer game on a melted-chocolate-bar field might not have been a great idea. But it could have led to something better. And now you’ll never know, thanks to Susan, who shot it down with a big fat “no.”

Here are some ways we can apply “Yes, and…” to business.

Saying “no” all the time can create a bad culture. If someone gets shot down, they might enjoy shooting someone else down.

Instead, create an environment where everyone is trying to advance ideas together.

Judgement can cripple good ideas before they’re even born. In order to have an effective brainstorming session, everyone needs to be nonjudgmental.

Create a safe space for ideas (good and bad) to flow freely. Even if you think an idea might be too out there, just share it!

When there is an environment without judgement, everyone’s perspective can be acknowledged. It becomes less about who had the idea and more about everyone working to build on ideas together.

Don’t be afraid of having a bad idea.

Even bad ideas can lead to hidden gems. And if you squash a train of thought before it has a chance, you might be cheating yourself. The line between a genius idea and a terrible idea is very thin.

Brainstorming ideas is the best way to get everything out.

So, insert some space between your brain and your ego. Let the thoughts flow freely. Whatever you do, don’t stop the momentum!

Build on both good and bad ideas.

The “yes” encourages people to accept an idea. The “and” encourages them to build upon it.

Say someone throws out the concept of using a melted chocolate bar to sell laundry detergent. Once that’s established, everyone can add their own unique spin. Eventually, that might lead to something like, “Getting dirty is fun when it’s easy to clean up.”

“Yes, and” is an exercise that might not come naturally at first.

Sometimes it’s easier to criticize an idea and see what’s wrong with it. But a hard “no” can halt the creative process and make people more shy about throwing out ideas.

Focus on creativity when you’re in the moment.

“Most people are waiting to speak and not listening in the moment. Instead, they’re thinking of what they’re going to say.”

Dedicate your attention to what’s happening presently, and don’t miss out on an opportunity to build upon an idea already on the table.

Save the critiques for later.

There’s a time for “no”– and it’s after the brainstorming session. Sorting out the ideas afterward is key.

An old professor once said, “Write drunk, edit sober.” While we’re not advocating getting drunk on the job, we do agree that brainstorming and editing ideas should be separate occurrences.

Once you get all the ideas out in the open, you can take a break to process those ideas, and then go back with fresh eyes.

This piece originally appeared on Pogo.
Pogo is an online insurance agency that provides commercial insurance to the self-employed. Whether you’re looking for liability insurance, workers’ comp, or anything in between, Pogo is the easiest place to get small business insurance online. Visit them at pogo.co.