Wandering through history to the charm of the 21st century 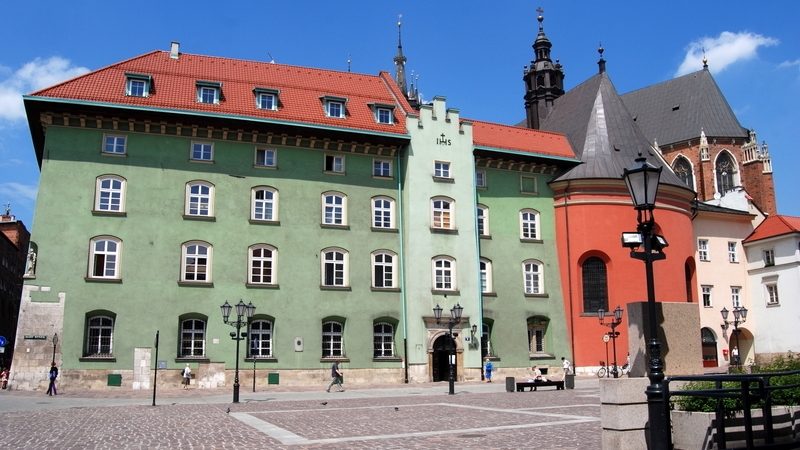 Travel writer Rick Steves continues his narration of Europe memories with a visit to Poland’s historic and captivating Krakow.

As we’ve had to postpone our travels because of the pandemic, I believe a weekly dose of travel dreaming can be good medicine. Here’s one of my favorite European memories from Poland – a reminder of the fun that awaits us at the other end of this crisis.

My first impression of Krakow is that it feels like it must have been really important a long time ago. In fact, it was Poland’s capital from the 11th through the 16th century. Within its medieval walls, I wander the Old Town, which converges on the main market square, lined with cafes and gorgeous architecture.

Vast as it is, the square has a folksy intimacy. It bustles with street musicians, cotton-candy vendors, and the lusty coos of pigeons. A folk band, swaggering in colorful peasant costumes, gives me a private concert. Feeling flush – not unusual with the low prices in Poland – I tip them royally. Perhaps too royally. That big tip gets me “The Star-Spangled Banner.”

History in a nutshell

Moments after the band moves on, I hear a bugle call. Just as I find the bugler at the top of the towering St. Mary’s Church, he suddenly stops playing, and the crowd below applauds appreciatively. His little hourly performance comes with a legend. During the 1241 Tatar invasion, a watchman saw the enemy approaching and sounded the alarm. Before he could finish, an arrow pierced his throat – which is why even today, the music stops, a bloody subito, partway through.

This is just one example of Krakow’s long history. With the city’s power waning, the capital was moved to more centrally located Warsaw in the late 1500s. In the 1800s, Poland was partitioned by neighboring powers. Warsaw ended up as a satellite of oppressive St. Petersburg, the capital of imperial Russia, while Krakow was absorbed, for a time, into an Austrian province. Austria’s comparatively liberal climate helped Krakow become a haven for intellectuals and progressives – including a young Russian revolutionary named Vladimir Lenin.

Krakow emerged from World War II virtually unscathed. But when the communists took over, they decided to give intellectual – and therefore potentially dissident – Krakow an injection of good Soviet values in the form of heavy industry. They built Nowa Huta, an enormous steelworks on the city’s outskirts, dooming it to decades of smog.

I’m thankful that Krakow is now much cleaner – and freer – than it was a generation ago. But I’m also thankful that one charming souvenir of communist times does survive: the milk bar (bar mleczny). And that’s my next stop. The communist government subsidized the food at these cafeterias to provide working-class Poles with an affordable meal out. The tradition continues today, as capitalist Poland still subsidizes milk-bar meals. I head to the counter, point to what I want, and get a quick, hearty, and very cheap meal. The soup is just a dollar. I’m happy to discover that while communist-era fare was gristle and gruel, today’s milk-bar cuisine – while still extremely cheap – is much tastier.

After my memorable lunch, I continue walking and end up on Wawel Hill, considered sacred ground as a symbol of Polish royalty and independence. I step into Wawel Cathedral, a stony jungle of memorials that houses the tombs of the country’s greatest rulers and historic figures. (While I keep thinking “this is like the Westminster Abbey of Poland,” I’m also struck by the ethnocentricity of my Western orientation. I recognize lots of names on the tombs in England and almost none here in Poland.)

Beyond Wawel Hill, I eventually wander into Kazimierz, the city’s historic Jewish Quarter. At one time, most of Europe’s Jews lived in Poland. Krakow was their social and political base. This is where the big events of World War II intersected with ordinary, everyday lives. Businessman Oskar Schindler ran his factory here, saving the lives of more than a thousand of his Jewish workers. Now his building houses an excellent museum that tells the story of Schindler’s list and the painful era of Nazi occupation.

While most travelers come to see Kazimierz’s historic museums and synagogues during the day, I stay long enough to see how the neighborhood changes after the sun sets. Throngs of young clubgoers and an ever-changing array of bohemian-chic food trucks and restaurants bring the streets to life after dark.

Reflecting on my day, I think of the 10 million Americans who trace their roots to Poland. Those who visit their ancestral homeland must feel at home right away. But today, I realized that you don’t have to be Polish to fall in love with Krakow. 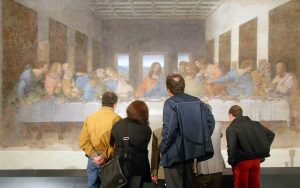