The national soul of England, with priceless, awe-inspiring treasures 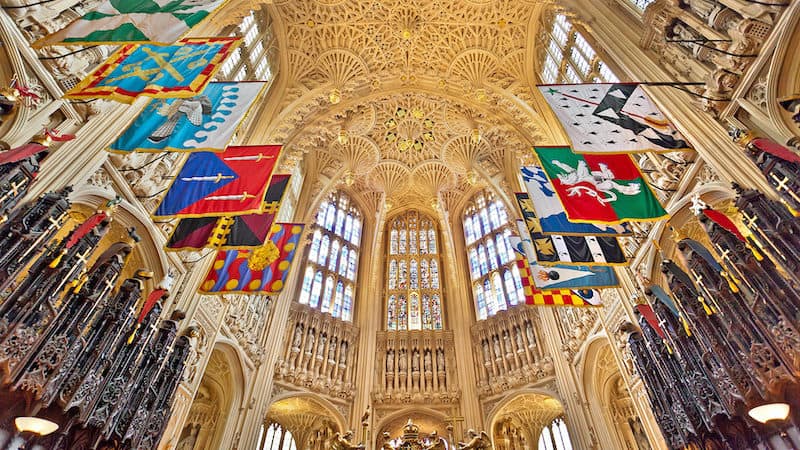 Travel writer Rick Steves takes readers through Westminster Abbey in London, England, and to priceless Westminster Abbey artifacts, including some behind the scene: the site of the KJV translations, coronations, fighter pilot memorials, and more.

As we’ve had to postpone our travels because of the pandemic, I believe a weekly dose of travel dreaming can be good medicine. Here’s one of my favorite European memories from London – a reminder of the fun that awaits us at the other end of this crisis.

Wearing a red robe and a warm smile, Eddie works as a verger at London’s Westminster Abbey. As a church official, he keeps order in this space, which is both very touristy and very sacred.

I tell him I’m working on a Rick Steves guidebook, and he says, “I’d like a word with that Rick Steves. He implies in his guidebook that you can pop in to worship or pay respects to the Unknown Soldier in order to get a free visit to the abbey.”

Showing him my photo on the back cover, I say, “Well, I am Rick Steves.”

Free to worship, free to get goose bumps

I’m really charmed by Eddie, who explains that it’s his responsibility to sort out believers (who get in free to pray), tourists (who must pay the entrance fee), and scammers (who fold their hands reverently, hoping to avoid paying). Together, we agree on a new tactic: Rather than promote deception for the sake of free entry, I’ll encourage my readers to attend a free worship service. The musical evensong service is a glorious experience that occurs several times a week. Everyone is welcome, free of charge.

Proving it helps to have friends in holy places, Eddie takes me into a room where no tourist goes: the Jerusalem Chamber, where scholars met from 1604 to 1611 to oversee the translation of the Bible from ancient Greek and Hebrew into English, creating the King James Version.

Appreciating the danger of translating the word of God from dead ancient languages into the people’s language and the importance of these heroic efforts in the 16th and 17th centuries, I get goose bumps. When visiting Germany’s Wartburg Castle, I felt goose bumps when stepping into the room where Martin Luther translated the Bible for the German-speaking world. And I enjoyed a little goose-bump deja vu here when Eddie let me slip into the Jerusalem Chamber.

Eddie then escorts me to the abbey and I quickly become immersed in the history that permeates it. This is where every English coronation since 1066 has taken place. At a coronation, the archbishop of Canterbury stands at the high altar. The coronation chair is placed before the altar on the round, brown pavement stone, which represents the Earth. After a church service, the new king or queen sits in the chair, is anointed with holy oil, and then receives a ceremonial sword, ring, and cup. The royal scepter is placed in the new ruler’s hands, and – dut-dutta-dah – the archbishop lowers the crown onto the royal head.

As I walk, I listen to the audio tour narrated by actor Jeremy Irons. With his soothing voice in my ear, I enjoy some private time with remarkable artifacts. The marble effigy of Queen Elizabeth I was made from her death mask in 1603 and is considered her most realistic likeness. The graves of literary greats of England are gathered, as if for a posthumous storytelling session, around the tomb of Geoffrey Chaucer (Mr. Canterbury Tales). Poppies line the tomb of Britain’s Unknown Soldier, with the US Medal of Honor (presented by General John J. Pershing in 1921) hanging from a neighboring column. More recently, the statue of Martin Luther King, Jr. has been added as an honorary member of this heavenly English host.

My favorite stained-glass window features saints in robes and halos mingling with pilots in parachutes and bomber jackets. It’s in the Royal Air Force Chapel, a tribute to WWII flyers who “earned their angel wings” in the 1940 Battle of Britain. These were the fighters about whom Churchill said, “Never … was so much owed by so many to so few.” The book of remembrances lists the names of each of the 1,497 pilots and crew members who died defending freedom.

Grabbing a pew to ponder this grand space, I look down the long and narrow center aisle of the church. It’s lined with Gothic arches, providing a parade of praying hands and glowing with colored light from the windows. It’s clear that this is more than a museum. With saints in stained glass overhead, heroes in carved stone all around, and the bodies of England’s greatest citizens under the floor, Westminster Abbey is more than the religious heart of England – it’s the national soul as well.