BOOMER talks with the famous author, radio and TV host.

Dr. Ruth K. Westheimer shot to fame with frank talk about sexuality on radio and TV, later writing a syndicated column and 38 books. But her backstory may surprise those who know only her “Dr. Ruth” persona.

Born Karola Ruth Siegel in Germany in 1928, she was sent to a Swiss children’s home at age 10. The home morphed into an orphanage for German-Jewish children sent there to escape the Holocaust that claimed the lives of Siegel’s immediate family.

At 16 she went to Palestine, joined the Haganah (freedom fighters for Israel’s independence), trained to be a sniper and was seriously wounded in a bomb blast. Haganah became the core of IDF (Israel Defense Forces) when Israel became a nation in 1948.

After studying at the Sorbonne in Paris, she came to America in 1956 and earned graduate degrees in sociology and education before embarking on post-doctoral work in human sexuality. She wrote books and, with a pronounced German accent, hosted popular radio and television shows. Now widowed from her third husband, Manfred Westheimer, the 4-foot-7 Dr. Ruth has seen her life on stage in Becoming Dr. Ruth: An Unexpected Journey.

She recently talked to BOOMER.

Q. HOW DID YOU BECOME A SNIPER WITH HAGANAH?

A. I went to Palestine because I really didn’t have another country [to go to] … I didn’t want to go back to Germany and the Swiss didn’t want me. Palestine was happy to have me.

Q. YOUR FIRST TALK SHOW IN 1980 MADE “DR. RUTH” A HOUSEHOLD NAME. WHY DO YOU THINK THE SHOW RESONATED WITH AUDIENCES?

A. People are curious about sex; up to that point, it wasn’t a topic covered in the mass media. So when I came along, people tuned in. My accent and age gave me credibility. I was well trained; my show wasn’t titillating but offered good information.

Q. IN TODAY’S SEX-SATURATED SOCIETY, WHAT MESSAGE IS IMPORTANT?

A. We’re sex-saturated and yet so many people have sex and wind up with an unintended pregnancy or a sexually transmitted disease. We still need to teach the basics.

Q. YOU WERE 52 WHEN YOU STARTED YOUR SHOW. WHAT WOULD YOU SAY TO THOSE WANTING TO EMBARK ON A DIFFERENT PATH LATER IN LIFE?

A. I’m 86 and still embarking on new things. I’ve wanted to go to South Africa for a long time and I just went and gave several lectures. I may be starting a new television show. It’s never too late.

DOES THIS PLAY OUT IN YOUR LIFE?

A. This concept comes from the Torah and I strongly believe in it. I was a college professor for many years; if a teacher’s lesson is boring, students will drift off and not learn anything. If you use humor, they’ll pay attention and remember [what you said]. I still teach at Columbia Teachers College and use humor whenever I can.

A. I’m always at the edge of my seat. Audiences learn about my life … sad times, difficult times, joyous times. The lesson: [Don’t] give up, work hard, do your best and you never know what will happen.

Q. WHAT MOTIVATES YOU TODAY? WHAT DOES THE FUTURE HOLD?

A. My friend Sherry Lansing [former CEO of Paramount Pictures] said don’t retire, rewire. I believe in that. I cram as much as I can into every day. A possible TV show, more books and who knows what else? That’s what makes life worth living, filling up every second, making the most of every opportunity. 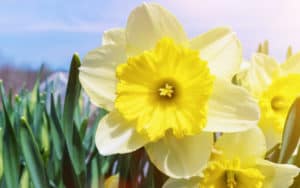 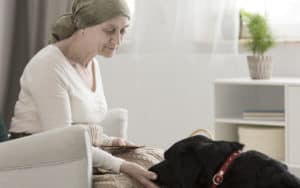