Home » Lifestyle » Finance » Retirement: Retire in Sync with Your Spouse

Retirement: Retire in Sync with Your Spouse 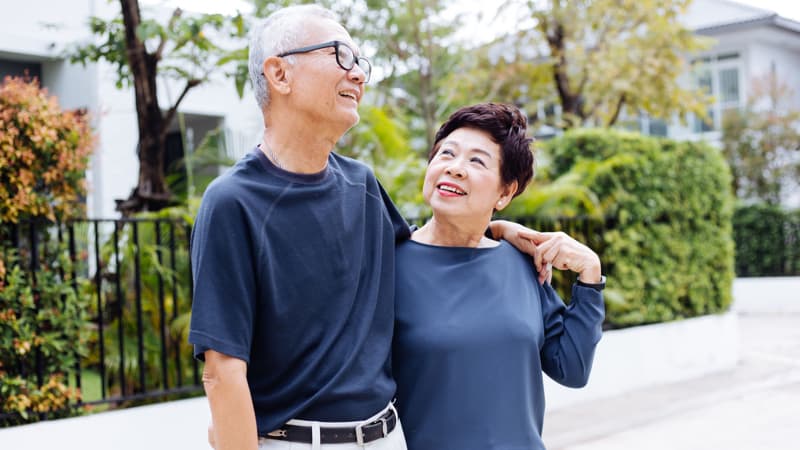 In his first year of retirement, Michael Hagedorn is struggling to reconcile the goals of his wife, Caranell, who has her sights set on travel – encouraged by HGTV and the Travel Channel – with his desire for “a little breathing room” to get their finances settled.

“Perhaps if I canceled our cable subscription, I could better manage both expectations,” he quips.

Spending more time with a spouse or partner can be one of the high points of retirement. In a study by Age Wave and Bank of America Merrill Lynch, 48 percent of retirees said their marriage has become more fulfilling, compared with 11 percent who said it is more contentious.

Still, each person has his or her own vision of retirement, and they’re not always compatible. “Retirement is usually portrayed as a solo project, but it’s not,” says Ken Dychtwald, CEO of Age Wave, a think tank focused on aging. For example, the Age Wave/Merrill Lynch study found that two-thirds of retirees who have a spouse or partner haven’t discussed or agreed on how much leisure time to spend together, and two-thirds haven’t budgeted for travel.

Sometimes the source of friction is simply spending more time together – especially if one spouse, often the wife, has already established a busy at-home routine. “My wife told me, ‘I married you for better or worse, but not from 9 to 5,’ ” writes reader Paul Wallick, who joined a gym, volunteers at church and is a part-time consultant, among other activities.

Some couples have come up with creative solutions. “Spouses don’t have to do everything together, and my wife and I take separate trips,” writes Thomas King. “But the three weeks I was gone on a trip to New Zealand was too long to be apart.” To avoid being underfoot, Tom Morris adjusted his retirement activities to mimic his previous work schedule – leaving the house early in the morning, taking care of chores and projects, exercising and returning home as if he were ending his workday. The situation is trickier if, as in the Hagedorns’ case, you disagree about fundamental roles or goals. It’s critical to talk with your spouse before you retire to pinpoint and address any conflicts.

“Each of you should visualize what a day in retirement might look like,” says Judith Ward, senior financial planner at T. Rowe Price. “Ask yourself a series of questions: When, where, and why do you want to retire? What will you be doing, and with whom?” Write down your answers separately and then compare them. The key, too, is to be flexible enough to adjust to changing circumstances, as Michael and Caranell Hagedorn have discovered.

“It’s likely best that Caranell pushes me to do more, and I try to get her to consider more of the costs,” writes Michael. “We have attained a certain balance that seems to work for us both.”