Punching Back at Parkinson's 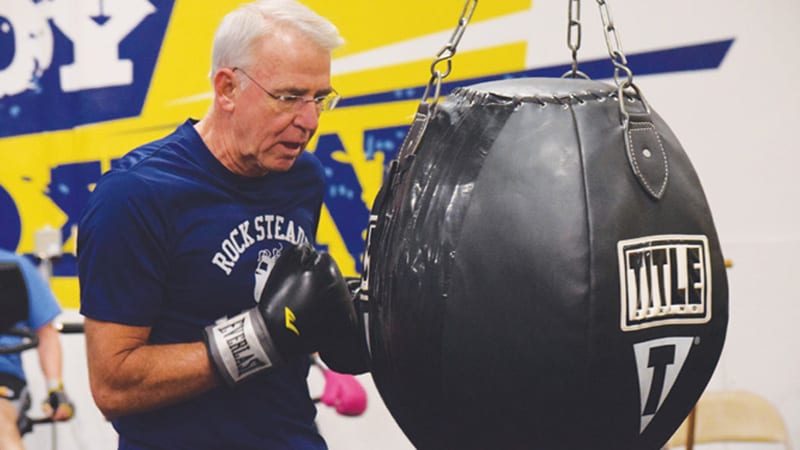 Lindsay Dawson and Liesl Hymes are cracking down on Parkinson’s disease through their own branch of an international nonprofit organization, Rock Steady Boxing.

Rock Steady Boxing is geared toward individuals with Parkinson’s. The Rock Steady gyms utilize noncontact exercises used by professional boxers to increase dexterity and endurance, qualities often lost due to the disease. In addition to physical benefits, the social aspect of the gym can help with the loneliness and depression that patients frequently face. Rock Steady opened its first location in 2006 in Indiana and has since grown to more than 300 locations in the U.S. and in six other countries. (Although Rock Steady Boxing is a nonprofit, affiliate gyms are for-profit.)

Both physical therapists at Lawrence Rehabilitation in Richmond, Dawson and Hymes worked with many patients living with Parkinson’s. When the patients’ insurance would run out, however, they had nowhere to go to continue physical treatment. After visiting another Rock Steady affiliate location, Dawson and Hymes determined to bring the facility’s benefits to those in Richmond and decided to launch their own branch.

“With Parkinson’s, you’re not going to get better over time, you’ll get worse,” Dawson told Richmond BizSense. “There are some medicines to treat symptoms, but there’s a huge depression component, a huge mental component. (The gym is) an exciting and fun place.”

Rock Steady Boxing opens on Jan. 2 at 8191 Staples Mill Road. Membership fee will be $120 per month and includes unlimited classes. Anyone with Parkinson’s disease is invited to join. Learn more at RockSteadyBoxing.org.

And learn what CBD oil is doing to change the game for Parkinson’s!