An Overview of Medicare Plans and Penalties

Brian Gay of Boomer Insurance explains that you can get penalized for making the wrong choice. 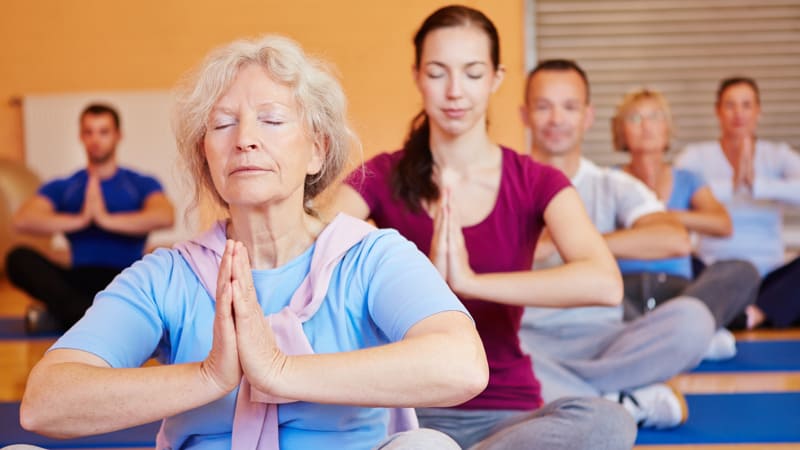 Bryan Gay: Thank you for having me.

Robyn Bentley: I am not that age yet, but my mom was, and my sister handled all that so I know nothing about Medicare. So could you tell us three really important things that we need to know about Medicare?

Bryan Gay: Three important things. I’d say probably the three most important things: number one would definitely be, please don’t listen to friends and family because they mean really well but sometimes they don’t quite tell all the right things. Misunderstandings. The second main point would be, you are not actually required to ever sign up for Medicare.

Bryan Gay: The third thing would be there are a lot of choices, so you really want to understand what choices will work best for you. Not your friends, not your family, but for you and your specific circumstances.

Robyn Bentley: So back to number two. If you’re penalized for not, or penalized when you shouldn’t, what kind of penalties are we looking at?

Bryan Gay: The three main penalties that people look into is the first one, which is called the late enrollment penalty. And this is in the Medicare and You Handbook. There are two late-enrollment penalties. So if you don’t enroll when you’re supposed to enroll, there is a late-enrollment penalty for not getting Part B, as in Bravo, when you should. There’s also a late-enrollment penalty related to your prescription drug coverage. Those penalties are for life. They add money to your monthly payments for the rest of your life if you don’t do what you’re supposed to do.
But the third one is, people who should not enroll in Medicare because their group plan is set up a certain way. They get penalized from the IRS. Big time. Because they shouldn’t be enrolling into any part of Medicare when you have certain type of employer plans. And the IRS comes about two, sometimes three years behind and goes, “Hmm, you owe us back taxes. And because you’re supposed to pay us those taxes, you also owe us a big penalty.”

Robyn Bentley: Ouch. So is enrolling complicated as filing taxes, because I have someone do my taxes!

Bryan Gay: Yes, I do too. That’s very, very confusing for taxes. I think it’s pretty easy by now. I’ve been doing it for 17 years. But with a brand-new person, unfortunately, it is very cumbersome and very detailed. That’s confusing.

Robyn Bentley: Now, people enroll at the end of the year in the last quarter between October and December. If someone enrolled and they changed their mind, they can fix that and choose something else, right?

Robyn Bentley: And we’ll talk about that when we come back. We’re going to play a couple of songs and come back and talk about that and some other things. It’s Bryan Gay on Boomer Wednesday. He’s from Boomer Insurance. The Beatles on Boomtown Richmond WBTL.

Robyn Bentley: WBTL Boomtown Richmond. Timeless Rock and Roll, Pop and Soul. 92.9FM, 1450AM. And streaming online at boomtownrichmond.com. Good morning, I’m Robyn Bentley. It’s Boomer Wednesday. Every Wednesday Boomer Magazine sends us somebody interesting to talk to. And this morning we’re taking to Bryan Gay. He’s the owner of Boomer Insurance and we’re talking about navigating the world of Medicare. And we were talking before, we talked about if you enrolled between October and December and you changed your mind, you can fix that in some cases.

Bryan Gay: Yes, that’s brand new for this year, for 2019. It’s not very well publicized but it is in the Medicare and You Handbook. It’s on page three near the bottom. Everybody on Medicare gets the Medicare and You Handbook. And what it is, during the enrollment period, which is Oct. 15 to Dec. 7, which is Pearl Harbor Day, then you can make as many changes as you want during that last quarter. But for this year, from Jan. 1 until March 31, you get a do-over. So if you accidently got roped into the wrong plan or you think you might not have the right plan, all you’ve got to do is pick a new plan. You get a one-time opportunity to change from your current plan to a plan that you’d like between –

Robyn Bentley: Now and March 31. You can only do that one time

Bryan Gay: It’s a one-time change. And then you have to wait till the next enrollment period to the end of this year to make another change if you want to.

Bryan Gay: No. Yeah. Unfortunately, probably not. Usually it’s a little too late. But that’s why it’s wonderful to get your ducks in a row well before time.

Robyn Bentley: I’m turning 58 in February. So for me, what would you recommend for getting my ducks in a row.

Bryan Gay: Your ducks in a row. I say a perfect customer is a perfect ten. That’s because their age is 64, and 6 and 4 is 10. So when you turn 64, that’s when you need to start looking at Medicare and how it will affect you when you turn 65. So maybe you’re going to keep working past the age of 65, a lot of people do.

Robyn Bentley: I hope so.

Bryan Gay: That’s OK. No problem. Just make sure that the decisions that you make or don’t make when you’re coming up on that magic age of 65 is the right decision.

Robyn Bentley: OK. Did I leave out anything?

Robyn Bentley: We did the three things that people need to know about.

Robyn Bentley: And the new rule, the new change.

Bryan Gay: I guess the other main question or issue is just make sure you understand that there are really two different types of Medicare plans. There’s only two. There’s Medicare Supplement plans and there’s something called Medicare Advantage plans. Those are completely different. People get them confused. But just understand your options.

Robyn Bentley: OK. Thank you for joining us. Bryan Gay, the owner of Boomer Insurance. Thanks again to Boomer Magazine for sending us an interesting guest. We’ll have someone else next Wednesday, hope you’ll be here for that. Thanks for coming by.

Bryan Gay: You are welcome, thanks.

Robyn Bentley: Now let’s get back into the music with Don McLean on Boomtown Richmond WBTL.