Home » Sponsors » ‘Everybody’ the Play Presents a Fun Lesson for Everybody

‘Everybody’ the Play Presents a Fun Lesson for Everybody

A June presentation from Cadence Theatre and Virginia Rep 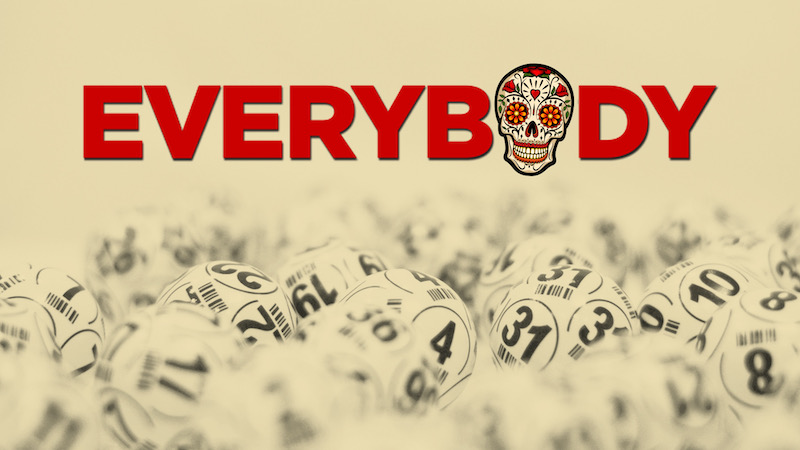 It’s time for Everybody to greet Death, but nobody wants to make the journey alone. So Everybody seeks out Stuff, Kinship, Friendship, Cousinship, and Love as companions and discovers what is truly important in life. Everybody the play, written by Branden Jacobs-Jenkins, is unique, thought-provoking, and humorous. It’s based on the 15th-century morality play, Everyman, which was written to encourage people to behave morally in order to achieve salvation and go to heaven.

Traditional morality plays typically featured a protagonist representing a generic person who was being guided toward good or evil. Other characters personified virtues and vices. Jacobs-Jenkins’ version is inclusive and humorous in its tale of Everybody’s journey through existential crisis before entering the grave.

The Richmond performance of Everybody is co-produced by Cadence Theatre and Virginia Rep. Director Rusty Wilson says that this piece is “about the journey all of us must make into the unknown.” He comments on the relevance of this revamped morality play, remarking, “I believe this play speaks to our present day in profound and specific ways including our politics, our belief systems, our divided nation and world, racial, religious and gender bias and intolerance, the violence we inflict on each other, and our inability to love expansively. This is a perfect play for this moment.”

Keeley Maddux, who is playing the roles of Girl and Time, notes the impact of this show amidst a global pandemic, when we are forced to face our mortality with greater frequency. Maddux observes, “It’s a play that’s giving you suggestions, and you decide whether to take them or not.”

Debra Wagoner is playing roles of Usher, God, and Understanding. Wagoner states that death is a hard, permanent, and scary subject, but asks, “Why shouldn’t we examine it, laugh about it, cry about it, and think about how we would like to live?”

Everybody the play features an unusual feature in live performances: a lottery. For each performance, the lottery takes place in front of the audience, selecting who in the cast will be playing the protagonist, Everybody (and the subsequent roles) for that night’s performance.

Maddux notes the impact of actors switching roles as “a different take of the show at each performance.”

Branden Jacobs-Jenkins’ Everybody the play brings humor and truth to an existential question. It causes us to question what we hope to have done with our lives and how we want to live them. Wilson says, “This play reminds us to be a better version of ourselves.”

Everybody
Theatre Gym at Virginia Repertory Theatre, 114 W. Broad St., Richmond
June 2-19, 2022
To purchase tickets, call 804-282-2620 or visit VA-Rep.org. Use promo code EVERY5 on orders placed through May 31 and receive $5 off each ticket to any date in the run.
CadenceTheatre.org