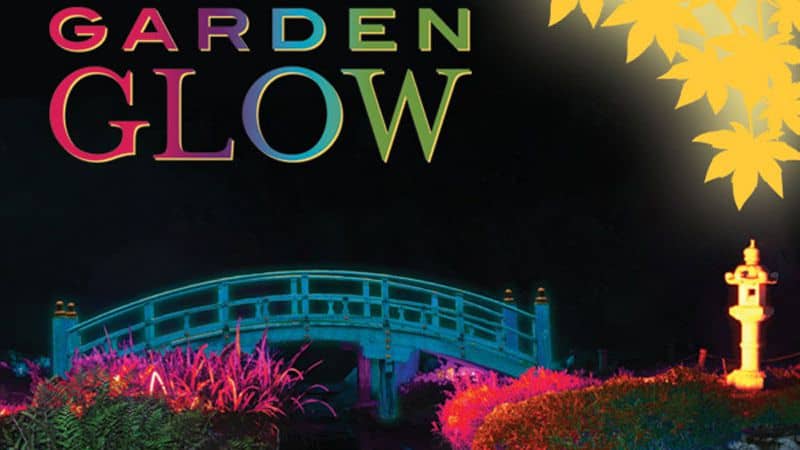 An enchanting new experience will brighten nights at Maymont this fall as the Japanese Garden becomes a mesmerizing, illuminated landscape for Garden Glow, held nightly from Saturday, October 27 to Sunday, November 11, 6 to 10pm (except Halloween night, October 31).

During the peak of fall colors, nature lovers of all ages can admire sparkles and shimmers within the cascading waterfall, stroll among towering trees that stand aglow, and marvel at the breathtaking illuminations of winding waterways, rolling hills, bridges and lanterns. Highlights in the garden also will include two giant lighted sculptures, designed and created by members of Ikebana of Richmond – an organization that supports the art form of Japanese flower arrangement.

In addition to the landscape in lights, a schedule of fun Japanese cultural activities, displays and entertainment will be offered at The Robins Nature & Visitor Center where guests arrive for transport to the garden. Attendees can discover more about Japanese customs, past and present, as they participate in interactive projects like fan-making, calligraphy, origami and bamboo boat building.

Other fantastic sights and sounds will include drumming performances by River City Taiko, live music performed with a koto (a Japanese stringed instrument), calligraphy demonstrations and other exhibitions. A rotating display of Ikebana floral arrangements will illustrate the appreciation for plants and nature in Japanese culture. Specific schedules of activities and entertainment will vary nightly. Food and beverages also will be available for purchase.

Garden Glow will show off the Japanese Garden at Maymont in a whole new light, but the tranquil and intimate space already has been cherished destination for the Richmond community and for national and international tourists since Maymont opened to the public in 1926.

Here are some fascinating facts about the garden to inspire even greater appreciation during your Garden Glow visit: