Home » Sponsors » Leonardo da Vinci: A Genius Beyond His Time

Leonardo da Vinci: A Genius Beyond His Time 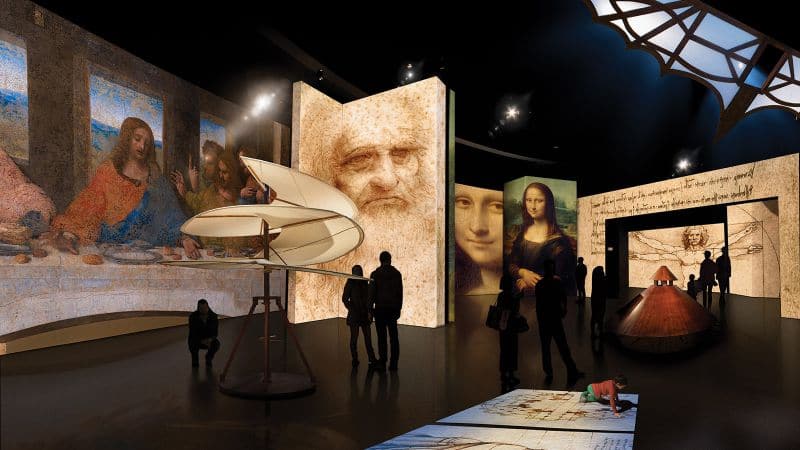 Everyone knows Leonardo da Vinci was a brilliant painter who created beautiful works of art such as the “Mona Lisa” and “The Last Supper.” But he was also a pioneer in architecture, engineering, literature, music and science.

Born in Anchiano, Italy, in 1452, da Vinci was not well educated, but he learned through observation and experience. He had an eye for shapes and patterns and often focused on anatomy and engineering concepts while sharpening his painting and sculpting skills.

Da Vinci’s innovations were centuries ahead of their time. In an era when cutting-edge technology involved boats and sails, da Vinci designed flying machines, foreshadowed the invention of the automobile and even drew ideas for a submarine.

Hundreds of years after his death, technology would finally catch up to his imagination and bring his ideas to reality. His legacy continues to inspire us today as he represents the epitome of a Renaissance man.

The Science Museum of Virginia is housing models of da Vinci’s inventions and more in Da Vinci Alive – The Experience. The exhibition celebrates the innovative mind of this Renaissance icon through interactive activities and a cutting-edge, walk-through cinema experience. From flying machines and military devices to anatomical drawings and musical innovations, Leonardo da Vinci’s most notable works are being showcased right here in Richmond … but not for long.

The exhibit closes September 7. Don’t miss your chance to immerse yourself in the genius of Leonard da Vinci. Visit smv.org for more information.