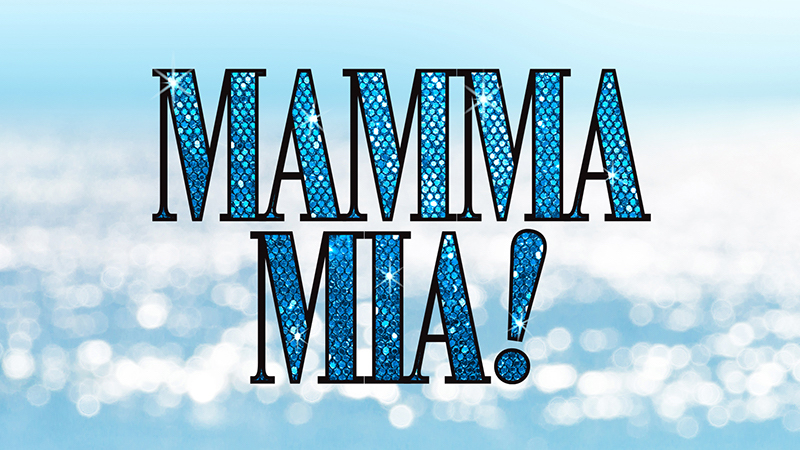 The title is taken from the 1975 chart-topping son of the same name, sung by the pop hit group ABBA. The musical includes such hits as “Super Trouper,” “Lay All Your Love on Me,” “Dancing Queen,” “Knowing Me, Knowing You,” “Take a Chance on Me,” “Thank You for the Music,” “Money, Money, Money,” “The Winner Takes It All,” “Voulez-Vous,” “SOS,” and “Mamma Mia.”

Exploding with the harmonic hit songs made famous by the popular 1970s group ABBA, Mamma Mia! is beloved the world over. Sophie, a bride-to-be, plots to discover the true identity of her father by inviting three of her mother’s former suitors to her wedding. When Donna, former lead singer of Donna and the Dynamos, discovers what her daughter is up to, the wild ride begins. Set on a colorful Greek island, this intoxicating musical will have you singing and dancing in the aisles as the mystery is solved.

Which stirs your memories most, the 1970s music or the popular musical?

Masks, covering the face and nose, are required for all patrons while inside our venues, lobbies and restrooms unless you are actively eating or drinking.