The Baseball "Tragedy" of Youth

The disappearance of treasured cards 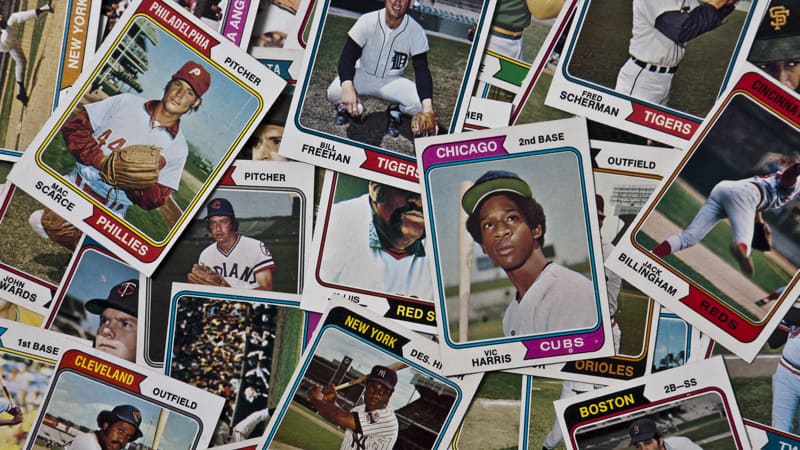 It was the single greatest economic loss in the history of baseball. Untold value, impossible to estimate, gone in a single blow. It was an ambush, surgical and precise, a breathtaking display of coordination and synchronization. They knew what they wanted and they knew where it was. No drawer was left unopened; no mattress unturned; no bulletin board un-plucked. And the cleanup, you had to take your hat off to that, the cleanup was masterful. You sensed that something had happened, but you looked around and nothing seemed wrong.

You won’t read about it in history books, and Hollywood continues to ignore it, but if you were a boy when I was a boy, you probably remember losing your baseball cards. On my block, we called it “The Big Throw Out,” the day – the single day – when every mom on our block, maybe every mom in America, threw away our cards.

My brother and I found out one afternoon watching a Cubs game, back when all the games at Wrigley were day games. We were talking baseball when I inexplicably could not remember how many losses Denny McClain had in that wondrous 31-win season (six.) I went looking for his card because that’s what we did before Google.

The Lincoln Log container where I stowed my cards was in the back of the closet but when I looked inside it contained only Lincoln Logs. The Matchbox carrying case under my bed held nothing but cars, the sock drawer nothing but socks. I hoisted the mattress in a panic. Seaver was gone! My brother, a Yankees fan then but a good man now, had two Mantles and a Stottlemyre under his bed but they were missing, too. I grabbed “Ball Four” from the bookshelf and flipped the pages looking for my bookmark, but it was gone. All I could think was, Bouton, they got Bouton, too.

When we told Mom, she was calm, too calm. “Maybe the dog ate them,” she suggested. The dog would never have survived the complimentary slate-hard chewing gum, let alone my 1,133 cards plus the 1,271 cards my brother had. That’s when we knew.

A few days later I saw Jimmy next door and told him about the tragedy. “Happened to me, too,” he said, “and Paulie next to me and Michael across the street.” It seemed like a fluke at first but as we kept asking around, the magnitude of the loss became apparent. It was no coincidence.

Of course, our loss was emotional, not financial. Those cards had been our passports to the better tables in the school cafeteria; our admission tickets to the inner lives of the players we idolized and our entertainment whenever the big kids chased us off the ballfield down the block.

We loved those cards. We flipped them, scaled them, shuffled them; we traded them away and traded back for them like neophyte general managers. Summer evenings after the ice cream man left, we’d sit on the curb sucking on bottle rockets, memorizing bios and stats and auditing each other’s collections. Got it, got it, need it, want it.

And then they were gone.

We all briefly reunited to learn what had happened. We visited a Goodwill store for clues, went to garage sales and searched each other’s attics, but it was fruitless. Eventually we settled for helping one another remember which cards we had owned. When summer ended, we drifted apart again.

We forgave our moms, of course. You couldn’t blame them. We hadn’t actually thought about the cards for years. In truth, mine were probably never stored neatly in boxes or drawers but scattered about in randomly located ever-collapsing stacks. Also, the dog probably ate a few.

With my parents gone and the house sold, I don’t get back to the block much anymore. I barely even think about it most days. But, every so often a March day brings a hint of spring and my mind takes me there, and I think about driving down, knocking on Jimmy’s door so we can sit on his steps, reconstructing our collections while we wait for the ice cream truck.

Francis Curran lives in Westchester, New York, and still hopes that one day his baseball cards will turn up in his childhood home on Long Island.