A visit to Istanbul during Ramadan 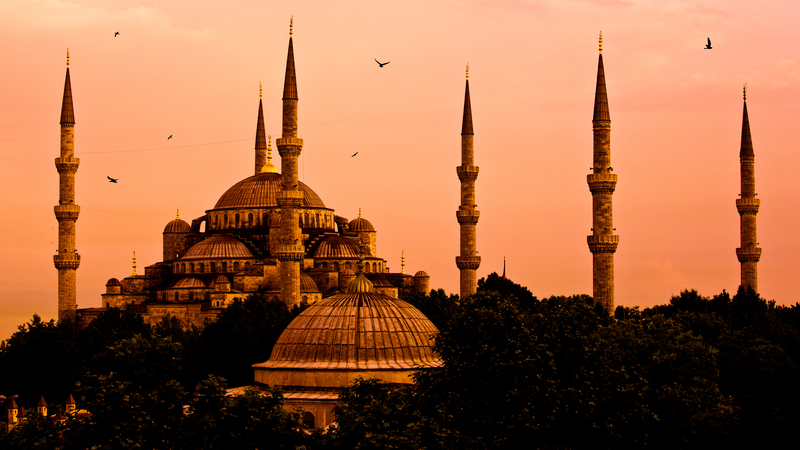 Experiencing Islam in a secular Muslim nation such as Turkey offers a glimpse of the beauty of Islamic traditions. Travel writer and guide Rick Steves takes us to Istanbul.

As someone who loves to travel – to engage every corner of my world – it makes me sad to see the bum rap that the Muslim faith gets in my corner of the world. ISIS and the Taliban grab headlines. But when you actually travel to Muslim countries – especially moderate and accessible ones, like my favorite, Turkey – it’s inspiring to see how people weave their faith into their lives.

I love Istanbul – Turkey’s biggest city – because of the way it links east and west: Geographically, part of the city is in Europe, and the other part – across the Bosphorus Strait – is in Asia. And the new Eurasia Tunnel, recently burrowed under the Bosphorus, has given a million commuters in the Asian suburbs an easy train link to their places of work on the European side.

It’s in this environment that, as a guide, I like to introduce my tour members to Turkish culture, and to Islam. Turkey is officially a secular nation (practicing the separation of mosque and state, a concept that is on shaky ground under its current president, Recep Erdogan). But examples of how the people’s faith permeates society are plentiful.

Driving into the modern high-rise suburbs of this city, I passed an old shepherd whose small flock was enjoying some grass in a freeway cloverleaf, surrounded by the sprawl of 15 million people. In the midst of all that modernity, he seemed a courageously timeless figure – raising sheep to be sacrificed for an upcoming Muslim festival.

When it comes to experiencing Islam, I like to travel during Ramadan. This holy month, in which observant Muslims refrain from eating during daylight hours, is set by the lunar Islamic calendar. The fasting is intended to turn the heart away from the world and toward God. By allowing people of all classes to feel hunger pangs, it also encourages generosity toward the less fortunate: For many Muslim families, Ramadan concludes with acts of charity and gift-giving.

During this holy month in Istanbul, no-name neighborhood mosques literally overflow at prayer time. Yet a tourist unfamiliar with Islam might not notice that practicing Muslims are not eating or even drinking.

If you visit during Ramadan, you’ll wake to the call to prayer and the sounds of a convivial meal just before dawn. The sun rises and the day-long fast begins. Then, at about 7 p.m., food comes out, and the nightly festival begins. Mohammad broke his fast with a dried date or olive – and that remains the most common fast-breaker. Saying, “Allah kabul etsin” (may God accept our fast today), the staff at a restaurant welcomed me to photograph them and then offered to share.

Witnessing the breaking of the fast was like watching children waiting for the recess bell – and fun to catch on film. Throughout my Ramadan visit, every time I watched the end of the fast, people offered to share their food. At this particular restaurant I said no, but they set me up anyway – figs, lentil soup, bread, Coke, and baklava. I thought the Coke was a bit odd … but they said it’s not considered American anymore. It’s truly global.

Like Ramadan, prayer is a pillar of the Islamic faith. Tourists in Istanbul hear the call to prayer five times a day. According to tradition, as the sun prepares to rise, an imam stares at his arm. When he can tell a gray hair from a black one, it’s time to call his parish to the morning prayer. While the quality and warble varies, across the land the Arabic words of the call are exactly the same, starting with: “God is great.”

They say tiny mosques can’t afford a real musician, so the imam himself does the singing – not always top-quality. Big mosques have a trained professional singer. Anyone can hear the qualitative difference. To the non-Muslim ear, the call to prayer ringing out at the same time from minarets of mosques across the neighborhood sounds like coyotes howling in a cacophony. I hear it as a beautiful form of praise that sweeps across the globe – from Malaysia across Pakistan, Arabia, and Turkey to Morocco and then to America – like a stadium wave, undulating exactly as fast as the earth turns.

My time in Muslim places like Turkey, with the cozy feeling that comes with Ramadan (just as it comes with Christmas where I live), reminds me how travel takes the fear out of foreign ways.