More than just a rock, it’s a slice of England in Spain 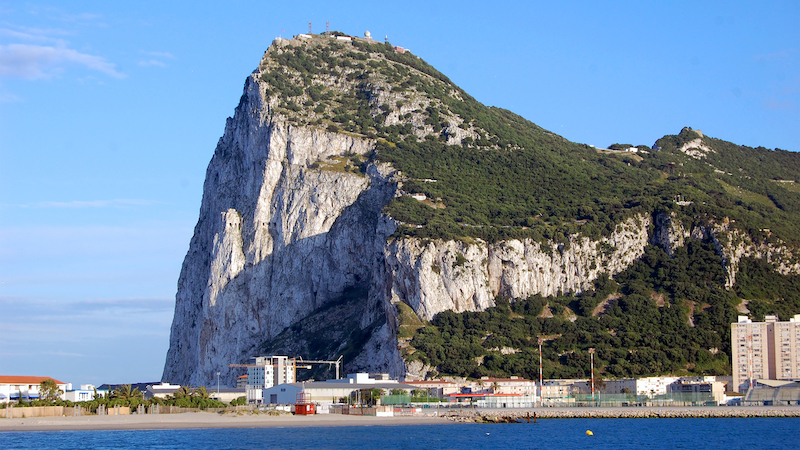 There’s more to Gibraltar than the rock! Travel writer Rick Steves takes us to the British Overseas Territory – yes, still connected to Great Britain, despite its proximity to Spain – and gives an overview of what visitors can expect.

When in southern Spain, I can’t resist popping into the British colony of Gibraltar. Gibraltar is hardly signposted in Spain, as if Spain wishes the British colony didn’t exist. (Drivers follow highway signs to La Linea, the last Spanish town.) But when you see that famous “Rock of Prudential” standing boldly above the sea, you know it’s here to stay.

The 30,000 people living along a 2.5-square-mile lip of land under the famous and strategic rock are happily English. And quirky Gibraltar is determinedly not Spanish. But while over 90 percent of its citizens chose to stay with Britain in a 2002 referendum, almost 96 percent chose to stay with the European Union during the 2016 Brexit referendum, showing the complicated position the colony faces going forward.

Along with being “not Spanish,” the colony is part British and part Gibraltarian. They have the big three-pronged English electrical plugs, their own currency (it’s the pound sterling – but, like Scotland, they have their own version), and their own Web domain (.gi). Gibraltar’s Anglican Church is proudly “headquarters of the Anglican Church in Europe” (not very centrally located for the business of administering that vast parish).

The people have that typical British correctness – I got lectured by the woman at the tourist board for not giving them advance notice of my visit. They recently tried to change the name of what for many centuries has been known as the “Moorish Castle” to the “Medieval Castle” (but it is Moorish so it didn’t stick).

Gibraltar’s economy, once dominated by the military, is now based mostly on tourism. And that includes quickie weddings – “only 48 hours notice is required and it’s legally British.” Sean Connery got married here. And, of course, Beatles fans remember from the “Ballad of John and Yoko,” that Mr. and Mrs. Lennon, too, “got married in Gibraltar near Spain.”

While the British military presence is now dwarfed by the British sun-seeker presence, the colony is encrusted with military souvenirs – stout ramparts, war memorials, and 30 miles of defense-related tunnels drilled into its rock. As you drive the military roads that switchback to the summit of the rock, you notice big, rusted iron rings spiked into the pavement every 20 yards – designed to enable soldiers to hoist up the giant cannons that once helped the Brits seal off the Mediterranean.

The town of Gibraltar is pretty humble. Spaniards come for duty-free sugar, tobacco, and booze. For sightseers, the attraction here is the rock itself with its viewpoint on the summit, gregarious apes (actually a gang of about 200 tailless monkeys – whose presence here supposedly assured the continued British control of the colony), and siege galleries. Several hundred yards of the tunnels (drilled for military purposes over the centuries) are open, giving tourists a chance to hike across the face of the rock and actually peer out of the cannon holes back at Spain. A cable car lifts visitors to the summit, or you could join a taxi tour instead. Gibraltar’s taxi drivers are trained to give a fun circuit around the rock with several stops, grand views, and – the highlight for many – some fun with those precocious monkeys. The lift and the 90-minute taxi tour each cost about $40.

Old England seems to permeate the island. As we drove high above the port, my taxi driver pointed down to a tiny breakwater and said, “That’s where they pickled Admiral Nelson after the Battle of Trafalgar.” (While he won, Nelson died, too. According to legend, his body was preserved in a barrel of spirits for the trip back to London.)

The Gibraltar business sense is quirky. The hotels are twice as expensive as those across the border in Spain (and not as comfortable). For a decade I’ve said, “English food is no longer as bad as its reputation.” Now I’ll add: “…except in Gibraltar.” And the businesses pad their bottom line by gouging anyone who comes in and spends euros. Gibraltar business people say, “Sure, we take euros.” Later you realize it comes with about a 20 percent loss in the exchange rate.

Nevertheless, tourism is booming. Midday the pedestrianized main street (which locals call “Main Street”) is a virtual human traffic jam. And more planes are landing in the colony than ever before. While that only comes to a handful of planes a day, it’s now more important than ever that when you walk across the military airstrip that marks the border between Spain and this quirky remnant of the British Empire – you look left, right, and up.