The Diamond: Miracle on Boulevard

New book about the stadium and its people 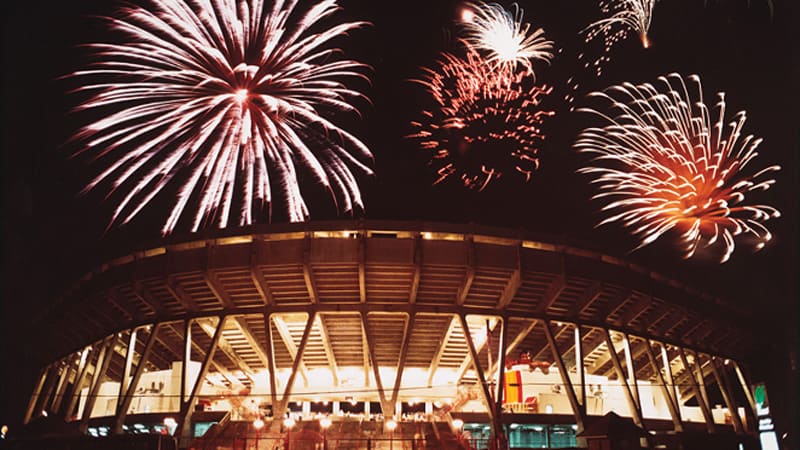 From Parker Field to The Diamond’s certificate of occupancy signed at 5:30 p.m. before opening night, the story of the baseball stadium on the Boulevard is more about community involvement than sports. The Diamond: Miracle on the Boulevard looks behind the scenes at the people committed to replacing Parker Field – a process that can inform today’s decision makers. It tells the story in words and in scores of photographs and memorabilia. Readers can explore compelling stories of how the community came together to keep the Braves in Richmond, interesting factoids and amusing anecdotes.

For example, did you know that Parker Field was built around a grandstand that had originally been built in 1934 for the state fairgrounds and that some newer portions came from a Pennsylvania ballpark? That Richmond Times-Dispatch sports editor Bill Millsaps decided not to print the word “psychotic” used by one person to describe another in a stadium maintenance dispute? Or that the name of the person who suggested “The Diamond” name remains a mystery?

You may recall that by the 1980s, Parker Field was in shambles – paint peeling, steel rusting and wood cracking, but you may not have known that “the catwalk to get to Parker Field press box … looked like a plank out of an old pirate movie,” as described by Braves broadcaster Bob Black, and that Black wondered if every crossing would be his last. You may recall that fans “helped” in demolition after the final game at the old stadium – as RTD reporter Tom Haudricourt said, “Usually when they say, ‘Will everyone just please take your seat,’ they don’t actually mean take your seat.”

Three collaborators came together to create The Diamond: Miracle on the Boulevard. The book was co-written by Phil Stanton, who worked for the Richmond Braves and in athletic communications, and Randy Hallman, retired reporter and editor for the Richmond Times-Dispatch and The Richmond News Leader. Bobby Ukrop, who was active in replacing run-down Parker Field with the sparkling new Diamond, instigated the project.

The Diamond: Miracle on the Boulevard

By Phil Stanton and Randy Hallman, with Bobby Ukrop

Available at local independent bookstores, Amazon.com, DementiMilestonePublishing.com, or at TheDiamondBookRVA.Squarespace.com.