Retirement: Dividing Your Assets in a Gray Divorce 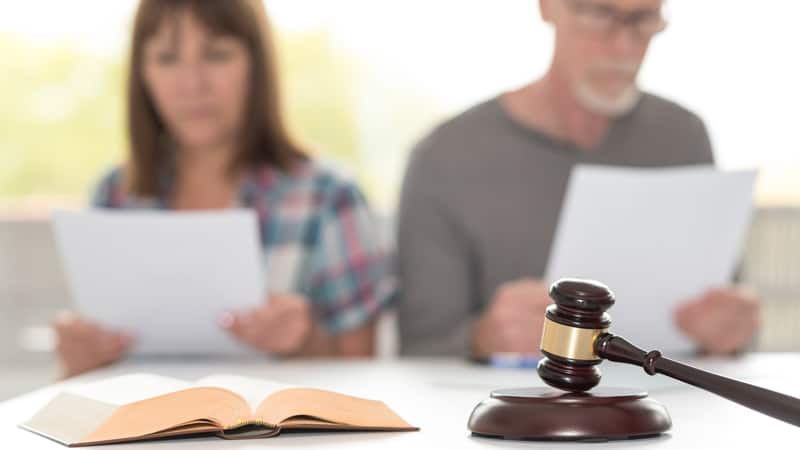 For older couples, divorce can look very different than it might have years earlier when the pressing concerns are often child support and custody.

During a gray divorce, the big issue often is how to correctly split up retirement plans and other assets. You need to follow specific rules for dividing 401(k) plans and IRAs, or one partner could take an unnecessary financial hit or face an unexpected tax bill.

High-earning older couples usually own multiple 401(k)s, pensions and IRAs, making it hard to split everything equitably. And increasingly, divorcing clients own annuities, which are challenging to divide, says Jeff Kostis, president of JK Financial Planning in Chicago. Every annuity contract can be different, and in some cases, couples may need to trade off other assets to avoid cashing out an annuity and losing much of its value.

For 401(k) plans and pensions, you’ll need a qualified domestic relations order (QDRO), which is a judicial decree recognizing a divorcing spouse’s right to receive all or a portion of the account owner’s qualified plan, says Colleen Carcone, a director of wealth planning strategies at TIAA, in Boston. The QDRO is submitted to the plan administrator. A portion of the plan can then be transferred to the divorcing spouse.

When you split a 401(k) plan with a QDRO, you get a one-time divorce-related tax break. If you take some of the cash out, you will owe taxes on the distribution but not the 10 percent penalty for taking an early withdrawal before age 591/2. If you roll the money immediately into your own newly established IRA, you won’t owe taxes or a penalty.

For employer pensions, be aware that each employer has different rules on how or whether the pension can be split. Plus, you’ll need a professional to determine its value before you can divide it, a process that can take two or three months.

If your finances are especially complicated, you might consider a collaborative divorce. Each partner typically hires his or her own family law solicitor, but they jointly use a financial planner and coach. The goal is to divide the finances to best meet each partner’s goals.

QDROs don’t apply to IRAs. Division of IRAs should be detailed in a divorce decree or separation agreement. The agreement has to be submitted to the IRA custodian.

You can’t take a one-time penalty-free distribution from an IRA because of a divorce, says Diane Pappas, owner of Solutions for Divorce in Boston. Take some cash out and you will owe taxes on the distribution, plus possibly an early withdrawal penalty. But if the money is rolled directly into an IRA, there is no penalty or tax.

All retirement plans aren’t equal. A partner receiving traditional 401(k) assets will owe taxes on any distributions, so it’s not equivalent to getting the same dollar amount of Roth IRA assets. A Roth is funded with after-tax contributions and withdrawals are tax-free in retirement. Planners usually separate Roth IRAs from other retirement assets and split them in half, says Peggy Tracy, owner of Priority Planning in Wheaton, Ill.

If your finances are especially complicated, you might consider a collaborative divorce. Each partner typically hires his or her own attorney, but they jointly use a financial planner and coach. The goal is to divide the finances to best meet each partner’s goals, Kostis says.

Mary Kane is an associate editor at Kiplinger’s Personal Finance magazine. Send your questions and comments to moneypower@kiplinger.com. And for more on this and similar money topics, visit Kiplinger.com.