An insider's guide to theater and dining in Manhattan 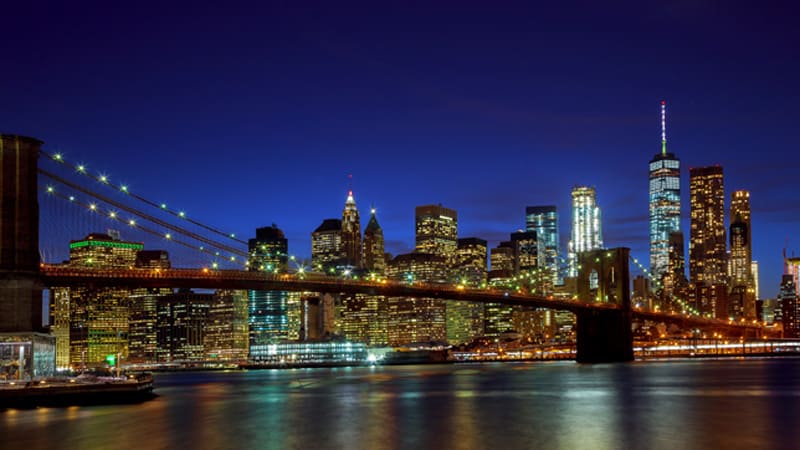 No visit to New York City is complete without sampling two things: theater and restaurants. You may consider yourself a world traveler, and you may have dabbled in international cuisine and some touring shows, but nothing compares to the bright lights and shiny plates of the Big Apple.

A trip down Manhattan’s Great White Way offers up a confusing and varied selection of musicals and plays, some veteran productions that are now crisscrossing the U.S. and others seen only in Manhattan. Though you could find a seat for popular shows like Kinky Boots, Phantom of the Opera and Beautiful – The Carole King Musical, I’d steer you instead to the newer shows theater divas are raving about.

THE STAGE IS ALIVE

Among musicals, two should be on your “don’t miss” list. Come from Away, a 100-minute jewel box of a show, wins the hearts of theatergoers every performance with its touchingly humanitarian story of travelers stranded outside of the U.S. in the days following 9/11. Cast members play multiple roles, the songs are memorable and the story strikes a chord.

The equally captivating Dear Evan Hansen is an emotional narrative about social anxiety, deception and despair. Directed by Michael Greif, Dear Evan Hansen will have you remembering just how important musicals can be in building awareness of difficult topics. (Insider tip: if Greif’s Next to Normal tours, rush to get tickets for that one, too.)

You’re just in time to see one of the most anticipated shows on Broadway, Farinelli and the King, starring über-talented Mark Rylance. Try your hardest to grab a ticket for this story about insomnia, opera and intrigue. And don’t delay in sourcing a ticket to Harry Potter and the Cursed Child, if you can, a two-part spectacular that was an enormous hit in London’s West End. THERE’S MORE TO BROADWAY THAN BROADWAY

Off-Broadway refers to a number of smaller theaters located minutes away from traditional Broadway houses or in other parts of the city. The shows in these alternative venues may have stripped-down sets or may function as tryout spaces for future Broadway runs. This is where current Broadway mega-hits like Hamilton and The Band’s Visit started, and, if you see a director, story or cast member that appeals, it’s a great chance to explore. It’s also the place where larger-scale, popular Broadway shows sometimes return for a second incarnation. If you loved Avenue Q or Jersey Boys, here’s a chance to see them again, refreshed.

Off-Broadway shows usually have limited runs and are announced periodically. Check online for performances at the Public Theater, Signature Theatre, Atlantic Theater Company and Vineyard Theatre among others to see what’s playing when you plan to visit. Then check the reviews – it’s good to experiment!

SO, WHERE SHOULD WE EAT?

If the show has an early curtain (7 p.m. instead of 8 p.m.) or a runtime of 90 minutes (instead of 2½ hours), you’re probably safe dining after the show. If the thought of eating at 10 p.m. after a longish play makes you queasy, then consider one of the quicker pre-theater options that locals enjoy instead of the overcrowded (and bland) choices that fill Times Square.

My recommendation is to head to the small ethnic restaurants on Ninth Avenue. Give yourself an extra 10 minutes to walk from the theater to these. You won’t be disappointed. From 42nd Street to the low 50s, an array of ethnic options offers authentic international dining, the antithesis to Epcot Center. Among the many Thai restaurants, two-story Obao is a standout, offering reasonably priced pan-Asian choices in a casual setting with quick, attentive service. Nearby upscale Marseille satisfies with lovely French cuisine in a pretty room – the bouillabaisse is an instant ticket to the South of France. Italian Bocca di Bacco will please any oenophile. Other choices are the aptly named Turkish Cuisine and Five Napkin Burger for terrific Istanbul and American dining.

Food halls are the rage in Manhattan, with one of the newest located in the Theater District. Atop the Row NYC hotel, City Kitchen is an upscale version with a carefully curated variety of stalls. Here, local favorites like Luke’s Lobster (lobster rolls), Whitmans New York (burgers) and Gabriela’s Taqueria (tacos) let you create a smorgasbord of quick-food choices. Grab a seat in the picnic-like area, eat as quickly or as slowly as you like and then mosey off to your show.

After the curtain falls and you’ve gotten an autograph by the stage door, you can continue stargazing by heading to after-show cast favorites like Joe Allen, Langan’s and The Marshal. Or descend the staircase to subterranean Sake Bar Hagi, an izakaya hideout of the photographer set. The TKTS booth at 47th Street in Times Square offers deeply discounted tickets for same-day shows, starting at 10 a.m. (matinee days), 2 p.m. (Tuesday) or 3 p.m. (rest of the week). Other TKTS locations in Brooklyn, at the South Street Seaport and at Lincoln Center, have shorter lines. Check the hours of operation online. TDF.org/nyc/7/TKTS-Overview

Take your chances on where you’ll go with Broadway Roulette. You indicate whether you want a musical or a play, exclude up to six shows that you don’t want to see and provide your dates. Broadway Roulette selects the show with the best seats for only $49-$59. BroadwayRoulette.com

Book ahead with TodayTix, a theater concierge service that has discounted tickets to many shows and delivers them to you outside the theater. TodayTix.com

The hitch? You lose some control. The benefits? Lower prices and often better seats.

New York City resident Meryl Pearlstein writes about her experiences exploring the world and, in particular, New York City. On any given night, you’ll find her discovering a new bistro in Queens, a dance troupe in Brooklyn or a new Broadway play. She shares her finds through her column on AllNY.com (Stuff to Do/Meryl’s Picks), www.TravelAndFoodNotes.com and New York-centric magazines.