Home » Lifestyle » Thoughts on Being 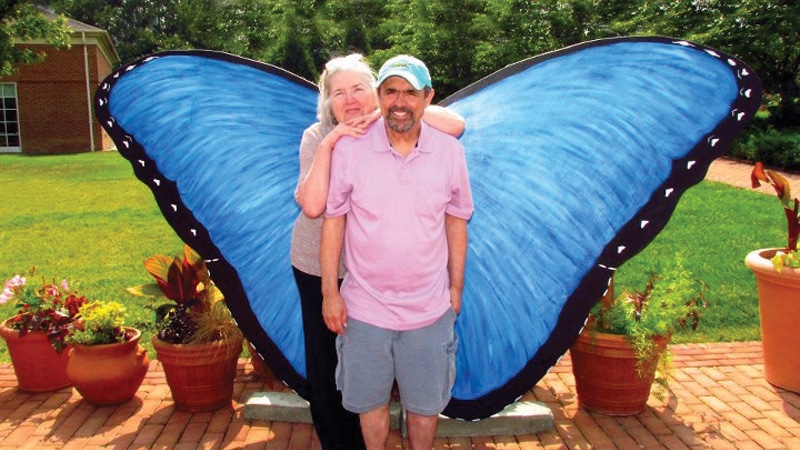 A few months ago when my 34-year-old son and I were having one of those very-early-morning phone conversations that go on for hours and cover everything from politics to sports, childhood to family personalities, he posed a question that stopped me cold.

Wow. I sometimes think of myself as getting old, but not so much as being old. This Christmas I turn 75, and what that basically means for me is that the definition of old age moves up from 75 to 85.

I do understand that 75 sounds ancient to someone in their 30s, so I spent a few minutes thinking before I answered Kyle’s question. Actually, I’m still thinking.

A problem is that, like youth, high school and middle age, everyone’s experience is unique, and I can speak only of what it’s like for Randy Fitzgerald to be old – assuming, of course, that he actually is. For those who arrive at old age in good health, free of pain and of sound mind, old age has to be a completely different experience than for those with more physical problems than anyone should have to endure.

I’m lucky. I do have a heart problem, but I’ve had it for more than a decade and learned to live with it. It hasn’t prevented me from traveling – one of the joys of retirement – but it has been hard to give up playing golf and being in a band, pursuits I once enjoyed so much. I continue to play a variety of instruments at home for my own (and, at times, Barb’s) amusement; and a wider attention to music fills the hours I used to give to golf.

So the question remains: What’s it like to be old?

It’s such a cliché to say I feel, in my heart and mind, much as I always have. But I do. I remember exactly how it felt to be young, and beneath the wrinkles and high forehead, I can still see that fellow in the mirror some days. He’s still as passionate about life as he was in his youth. He still identifies as an idealist, but now in President Kennedy’s words, an “idealist without illusions.” He’s always laughed a lot, loved learning, enjoyed sports and politics (much of it from his easy chair), adored his kids and held all family and friends close. Many things haven’t changed.

In recent years I think about the end of life, abstractly and dispassionately, more than I ever have – not with worry but in practical terms. For instance, if it occurs to me to buy a new car or Barb to redo the kitchen and the budget allows, without a long future stretching out ahead and the many obligations young people have to face, we just do it.

When our daughter Sarah deposited her two young cats with us before moving out west a couple years ago, I remember musing that we would probably die before they did, and who in the family might take them in. Only an old person would consider that.

Aging does have advantages: Social Security and Medicare are nice. Seniors don’t have to worry about being cool. If we don’t know who Sia and Kid Cudi are, who cares? We don’t worry much about appearance. Who cares? (Though I am convinced my recent buzz cut makes me look rather like Jason Stratham, if not Jake Gyllenhaal.) For me, “old” means sleeping as late as I want and lingering at the breakfast table, reading the NYT and the T-D, working the crosswords with Barb until 10 or 11. It means laughing hard at a lifetime of inside jokes that wouldn’t mean a thing to others. It means knowing the words to Sinatra’s songs – and Adele’s.

It means sometimes feeling sorry for today’s young people and all that they face, and – yes – sometimes wishing hard I could be young again, too.