Home » Lifestyle » A Ticket for Independence, by Randy Fitzgerald

A Ticket for Independence

From that first driver’s license to handing over the keys 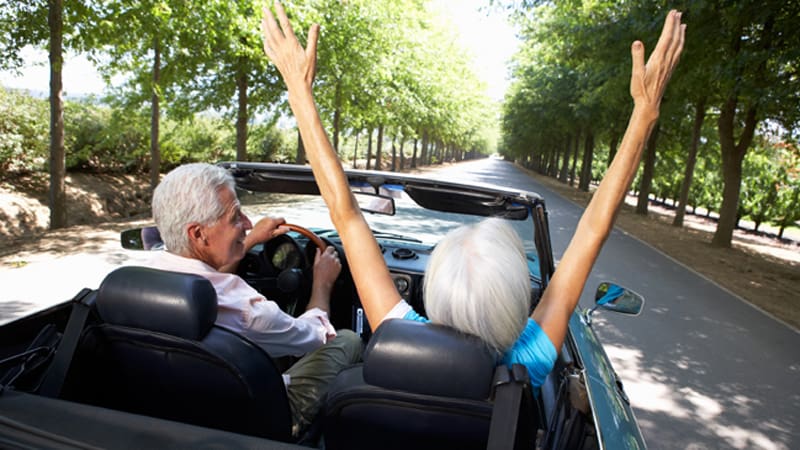 I still remember well the day I first “soloed” in my family’s old 1950 Oldsmobile, driving around Charlottesville with no particular place to go and no one to say “watch that car” and “slow down.” Is there ever a moment in one’s life when he or she feels so free, so grown up, so powerful, so totally independent?

I’ve been very lucky in my driving history. I’ve had a few fender benders, nothing that ever hurt me or anyone else, and a modest number of tickets – most of them in my youth and for minor offenses. I do have the distinction, though, of having once had an accident on my way to the insurance company to report an accident.

I recall inadvertently ending up riding with a friend who was the worst driver I’ve ever known. In that one early-morning ride, he went the wrong way down a one-way street, zoomed up Cary Street doing 65 miles an hour, ran a red light and constantly took his eyes off the road to talk to me. In an attempt to reassure myself, I said to him, “You drive a bit recklessly, but I bet you’ve never had an accident, have you?”

MANY YEARS DOWN THE ROAD

Driving is such a wonderful gift, though we tend not to dwell on that privilege until we get to an age or a circumstance when our ability to drive safely is threatened or taken away. We can laugh at the joke about the old fellow who chooses a younger bride because “she can still drive at night” or at our older friend who tells us of wiping out a whole series of orange construction cones, perfectly sober, as he drove along Brook Road one night – until he gets to the part where, recognizing his limitations, he turns in his driver’s license the next day.

I think in most cases drivers have time to prepare for the day they will no longer be able to drive. Cataracts often move slowly; nerves take a while to frazzle. And it takes a driver some time to realize his/her skills are not what they used to be. So we drive on. Adult children don’t want to confront us about our loss of skills or to report us as menaces on the roadways. Besides, we point out (whether it’s true or not), statistics say older people are better drivers than the young ones out there speeding around anyway.

All this is leading up to the truth that I can no longer drive.

I haven’t driven a car for a year now, and I really miss it, of course. Fortunately, I do have a wife who can still see to drive at night – one who actually loves to drive, short distances or long, day or night, in weather fair or foul. And she’s always ready and willing to take me anywhere I want to go – except maybe McDonald’s or other places she judges unhealthy.

My loss of driving ability came instantly. I never got to the age of seriously contemplating what it would be like not to drive. On Valentine’s Day a year ago, I had a stroke that took my peripheral vision. I was extremely fortunate that that was the only real damage; it could have been so much worse. After I was out of the hospital, nobody told me I couldn’t drive – not the doctors, not my adult children, not DMV. I still have my driver’s license. But I know.

I did say to Barb just this morning, though, that after a whole year of having to depend on her to take us places, it would really be fun to solo again. When the self-driving cars get here, I’ll be first in line. I hope mine will know how to find its way to Krispy Kreme.

Randy Fitzgerald is the author of Flights of Fancy: Stories, Conversations and Life Travels with a Bemused Columnist and His Whimsical Wife, published last fall. He was a longtime public relations director at the University of Richmond and columnist for The Richmond News Leader and the Richmond Times-Dispatch and taught modern American literature at Virginia Union University. RFitzger@gmail.com