Home » Travel » Traveling to Jacksonville on the Cheap

Traveling to Jacksonville on the Cheap

Richmond now has a nonstop flight to Jacksonville and BOOMER has done the research for your upcoming trip. 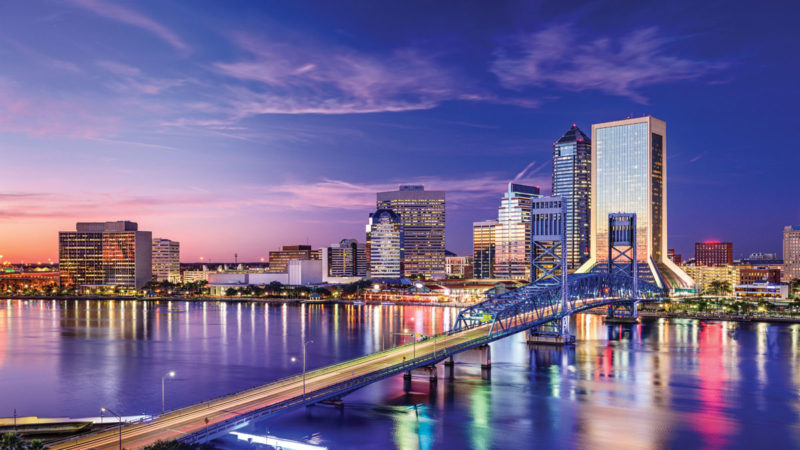 It’s a great deal. One-way fares to and from Richmond and Jacksonville, Fla., are $39 or $49 as of this writing. And it’s but an hour-and-a-half flight, newly offered by Allegiant Airlines, though flying only on Fridays and Mondays.

Flying a little under the radar (pun intended) when compared with Miami or Orlando, a trip to the Jacksonville/St. Augustine area nonetheless has much to offer, including the year-round mild climate. The Jacksonville area is known as “The First Coast”: It’s both the first coast many driving tourists see upon entering Florida and the first in the continental U.S. to have been visited by European explorers. The metropolitan population is about 1.4 million people. There is a major military and civilian deep-water port, as well as two U.S. Navy bases, and the Port of Jacksonville is Florida’s third largest port. Some ship cruises  originate from Jacksonville.

Tourism is also important, especially as related to beaches and golf. Nearby Ponte Vedra Beach is headquarters of the Professional Golf Association (PGA) and home to the world-class TPC Sawgrass course.

Nearby, St. Augustine is charming and romantic: 99.9 percent of travelers surely will fall in love with its appeal! Take a carriage ride or trolley tour or just stroll through the “Nation’s Oldest City” – it’s the oldest continually inhabited European-founded city, dating back to 1565, or 42 years before the English colony at Jamestown was founded. Distance from Jacksonville … think roughly the same as from Ashland to Petersburg.

For Jacksonville’s version of Carytown-type neighborhoods, step out to the Riverside/Avondale area or San Marco. They offer the blend of trendy and quaint: restaurants, bars, brews, and stores. Beautiful old river homes dot the St. Johns River nearby.