So more may enjoy the James 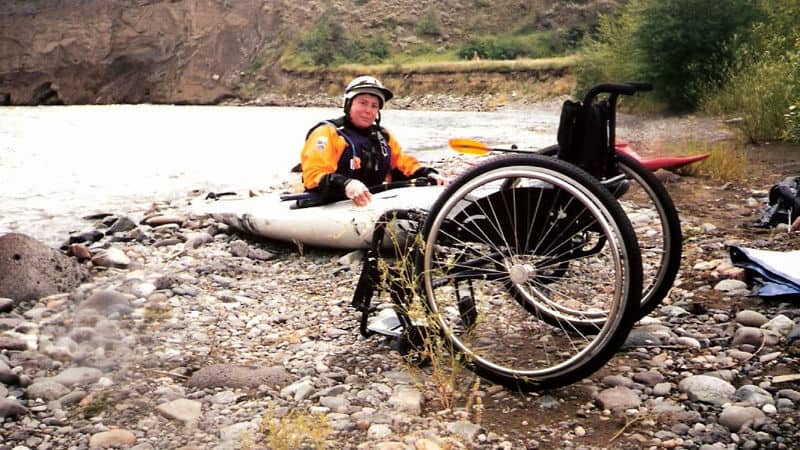 Currently, the park has one ramp, at Reedy Creek, which is primarily for whitewater access. The new ramp will connect to the calmer waters upriver, giving access at both ends. Therefore, the ramp will bring JROC closer to its long-term goal of providing three ADA-compliant ramps, along all seven miles of the James River through the park.

“When I’m in my boat and on the water, what I can do depends on my paddling ability. It doesn’t matter that I use a wheelchair,” said Sally Wetzler, JROC treasurer. “And I can go anyplace … As an individual with a disability, it’s very important to me to make sure that there’s access to the same type of facilities that everybody else has. And that includes recreation.”

On May 26, Richmond City Council adopted an ordinance that restores funding to the project, making it fully funded. So, to complete the project, JROC is partnering with the James River Park System, part of Richmond’s Department of Parks, Recreation and Community Facilities.

Huguenot Flatwater is located by the Huguenot Bridge on the south side of the James River. It is accessible from Riverside Drive. As of early June, the project team was finalizing permits and designs in preparation for receiving bids. Completion dates for construction projects like this are fluid. In addition, Bryce Wilk, superintendent of the James River Park System, said, “I am hoping to break ground after Labor Day for logistic purposes.”